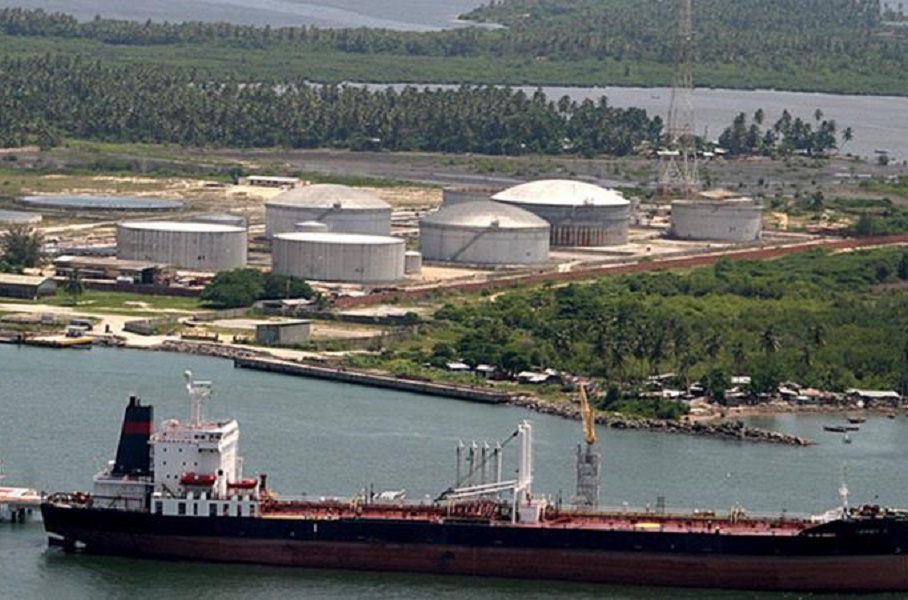 .…Tasks Nigerian Navy To Be More Alive To Its Responsibilities

The Speaker of the House of Representatives, Hon Yakubu Dogara, has disclosed that Nigeria loses about N7 trillion naira annually to insecurity and revenue leakages in her waterways.

Dogara also posited that security in Nigeria’s teritorial waters must be strengthened, with the Nigerian Navy and other relevant agencies collaborating to stem the tide of piracy and other attacks, while the parliament seeks ways to secure its territorial waters.

The Speaker said, “It  is even more worrisome to note that Nigeria is said to be losing about N7 trillion annually in the Maritime sector due to among other reasons, leakages in revenue generation and insecurity in the water ways.

“Between January and March 2016, several attacks were reported off Nigeria’s coast. This was said to involve pirates stealing cargoes of crude oil and petroleum products. Reports had it that, no fewer than 44 ship crew members were abducted. In the first half of this year, about over 20 commercial vessels were attacked in Nigerian waters. The increasing level of attacks and violence in the Gulf of Guinea have given Nigeria and other countries in the sub-region very damaging and negative image in addition to an estimated monthly loss of $1.5 billion to the country.

“As I said recently, prevalence of insecurity in our waters resulted in the loss of $1.3 billion annually to illegal Unreported and Unregulated (IUU) fishing in West Africa alone yearly. We must tighten the legal and regulatory framework to stop these losses. The only way to promote intra- African trade in our water ways is to ensure safety and security of navigation in our waters.

“What is disturbing is that pirate attacks in West Africa are said to be occurring in our territorial waters, terminals and harbors and not in the high seas which effectively stopped intervention by international naval forces.

“Thus, the onus is on the Nigerian Navy to stem the tide and secure our territorial waters, in cooperation with other agencies of government. However, in the absence of enabling laws that stipulate stiff penalties and adequate funding, the Navy may not be able to perform this responsibility effectively and efficiently,” he stated.

Speaking on the importance of the maritime sector to achieving the Federal government’s Economic Recovery and Growth Plan that was launched in March this year to effectively take Nigeria from recession to recovery, as well as the 8th House of Representatives’ Legislative Agenda on National Economic and Development to put in place, legislative measures to promote rapid economic growth and development, Dogara stressed that the importance of making Nigeria’s maritime sector safe and secure cannot be over emphasised given that the bulk of our trade and commerce come through our waters and ports.

“This will greatly boost government revenue, increase our foreign reserve and ultimately provide jobs to millions of our youths.

Our water ways and even the gulf of Guinea have been witnessing increasing level of piracy and kidnapping of expatriates and Nigerians alike. This Bill addresses these challenges by among other things, stipulating stiff penalties for offences of piracy and other criminal activities in our territorial waters and Exclusive Economic Zone.”

He assured that laws that will address insecurity in the sector, especially piracy, will receive urgent passage in the House to restore order to the marine sector where the International Maritime Bureau, Oceans Beyond Piracy and the Maritime Piracy Humanitarian Response Programme all reported in 2012 that the number of vessels attacked in the West African sub-region, for which the Gulf of Guinea belongs, had reached a world record high with about 1000 seafarers attacked in that year alone.

Noting that poor funding has been one of the constraints of the Nigerian Navy in securing Nigeria’s waterways, the Speaker said the creation of the Maritime Security Fund will go a long way in providing the much needed fund to also effectively despatch it sub-regional duties of patrolling the Joint Development Zone between Sao Tome and Principe and Nigeria, and the Gulf of Guinea generally.

He, however, encouraged the committee to consider handing the new functions to existing agencies or activating moribund institutions, rather than setting up new agencies in this period of economic recession.

“Where necessary, the mandate of existing agencies may be amended to reflect the intentions contained in another Bill concerning the agency involved. But I will leave it to the House Committees to sort out,” he added.