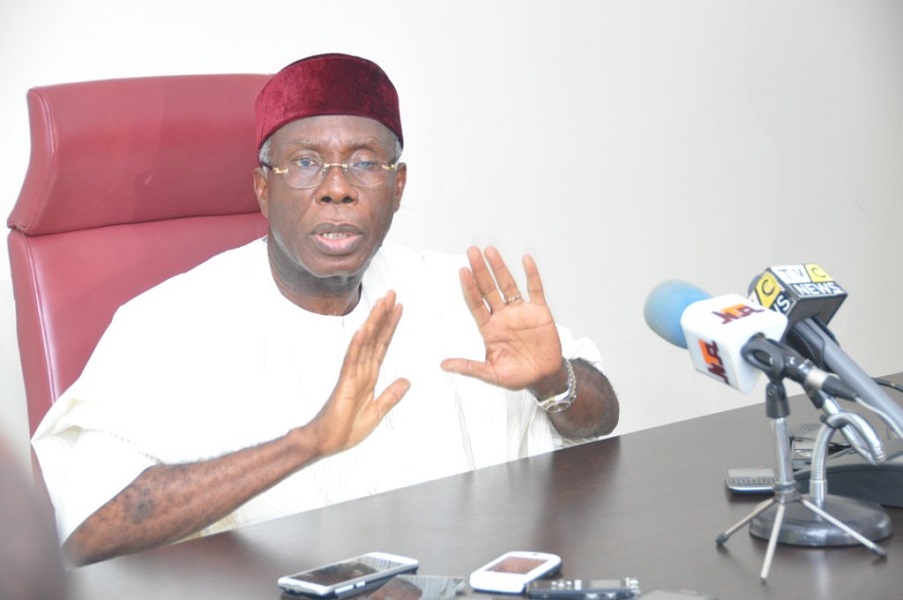 BEING THE TEXT OF A NEWS CONFERENCE BY THE YOUTH WING OF NORTHERN POLITICAL CHRISTIAN FORUM IN JOS, PLATEAU STATE ON JULY 27, 2017

Gentlemen of the press,

Members and the leadership of the Youth Wing of Northern Political Christian Forum welcome you to this news conference. Our invitation to you, our esteemed gentlemen of the press, follows receipt of credible information that the Borno State Government has contacted the Civilian JTF (CJTF) to disrupt the visit of the Honorable Minister of Agriculture, Chief Audu Ogbe to the state.

We are aware that the disruption is being planned to appear spontaneous whereas it clearly sponsored for some dark purposes. From the onset, we want to condemn this development in its entirety as the height of irresponsibility. It symbolizes the dismal low to which the sense of propriety has sunk among leaders who would do anything to massage their ego while the larger population of citizens are left to suffer. It is most unfortunate that the power brokers in Borno state as represented by the state government have not learnt from their past misadventures in allowing Boko Haram to emerge, fester and became a plague to the entire nation even though the north suffered most.

We use this opportunity to remind Nigerians and indeed the entire world of the fact that Boko Haram Terror group is a product of politicians arming youths against their opponents. From the experiences, we have been through it can be categorically stated that such enterprise has never ended well. We are consequently at a loss as to what the incentive of the Borno state government is at this time for being involved in such a dastardly plot.

CJTF is a self-help initiative of citizens to protect themselves from the monster created by these selfish leaders. It must therefore be preserved as a non-ethnic, non-religious, apolitical and untainted body that continues to clean up the security mess created and worsened by a hapless state government. We issue this timely warning because this was the same way “ECOMOG”, a ragtag group of street urchins, was exploited for political use and ultimately led to the emergence of Boko Haram. It is a mistake that is on the verge of being repeated with the incitement of CJTF members to harass a visiting minister. What other dirty assignment would the state government have for these youths next?

IPOB, Niger Delta militants and many others militia groups that have plagued the country at one point or the other are several examples of political leaders at the state level losing control of their self-inflicted monsters. Sadly, in all the cases, the suffering is collective because the evil meant to be exploited as political capita soon transcend all known boundaries to become nightmares for all Nigerians.

The crux of this briefing is therefore to draw the attention of the law enforcement agencies to the activities of these politicians who wish to hijack the CJTF for their selfish reasons and expose part of their activities known to our group which include disrupting the visit of the Hon Minister of Agriculture, Chief Audu Ogbe.

The visit of the Minister is one of the strategies they have hatched to further their agenda in the next few days to sabotage the war against insurgency. The plot, as we gathered, involves inciting the CJTF members to disrupt the Minister’s visit and thereafter use the ensuing chaos as a cover for straggling Boko Haram fighters to regroup. Even more frightening is their expectation that any CJTF member arrested in contrived fracas would be detained alongside Boko Haram hardliners who will then radicalize the arrested persons.

We call on the CJTF members to resist any invitation to anarchy since those pitching this deranged plot to them have other hidden plans that involve great suffering for anyone that allowed themselves to be used.

The only time the word “security” should be associated with the minister’s visit is when talking in terms of food security, which is imperative in Borno state. Instead of causing confussion, anyone that meets with the Chief Audu Ogbe should rather listen to learn which of the many interventions he has unveiled in other states can be replicated in Borno as a first step towards re-establishing the state as an agricultural power-house as opposed to provoking a fresh circle of violence.

Gentlemen of the press, kindly help us bring these matters to the attention of Nigeria. We certainly cannot afford the kind of crisis that the people in charge of Borno state are plotting for the country. Even when they have decided they will pulverize and destroy their own state, we must for the sake of the rest of us help avert this needless crisis.