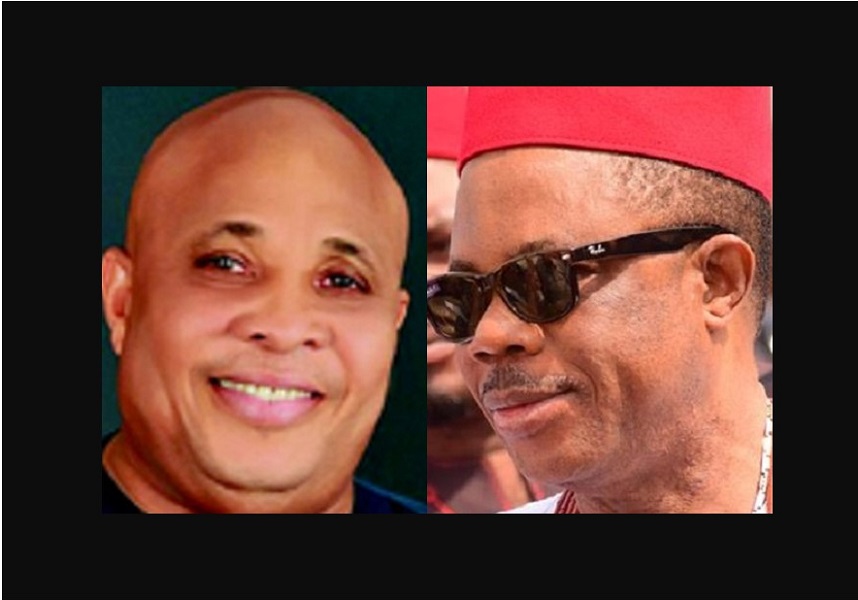 It was a full house at the Court of Appeal, Enugu. The three-man panel of Justices marched out at 9.45am. APGA was represented by its National Legal Adviser, Barrister Ifeanyi Mbaeri; the National Chairman of APGA, Ozonkpu Dr Victor Ike Oye (who was in court), was represented by a team of lawyers led by legal luminary, Wole Olanipekun (SAN); while the Police and INEC were represented O.J. Nnadi (SAN).

The issue of whether the 1st Respondent, Martin Agbaso, was served the summons or not arose, and it took quite some time to resolve it as his lawyers tried everything to convince the court that he was not duly served, which indeed he was served. It was a ploy to delay the case and seek a long adjournment, but the Justices were not ready for what the presiding justice described as ‘dance drama’.

Wole Olanipekun addressing the honourable court described Agbaso’s lawyers’ antics to mislead the trial court as ‘a gimmick’. He pleaded the court to look dispassionately at the case in view of the approaching Anambra State Governorship election. He quoted several authorities to convince the court to go ahead and hear and grant the motion for interlocutory injunction.

He told the court pointblank that Agbaso ‘is a stranger to the case and came from nowhere struggling to benefit from an order of mandamus granted by the Court below (Enugu High Court presided over by Justice A.R. Ozoemena when he was not a party to the suit ab initio. Chief Olanipekun also told the court that the Istanbul plaintiff, Ozonkpu Dr Victor Ike Oye, incumbent and authentic chairman of APGA, was not also a party to the suit at the Court below.

After listening to all the submissions of the counsel the court granted Wole Olanipekun the request to apply for substituted service on the 1st Respondent, Martin Agbaso(who was absent in court as a way of misleading the court to adjourn the case).

It also granted INEC and Police, represented by O.J. Nnadi, the request to serve Martin Agbaso (the 1st defendant)  and Mike Alioke (the second defendant) by substituted means at the National Headquarters of APGA  in Abuja. The court adjourned the matter to July 10, 2017.

All the parties consented to the date and departed at 1.40pm.