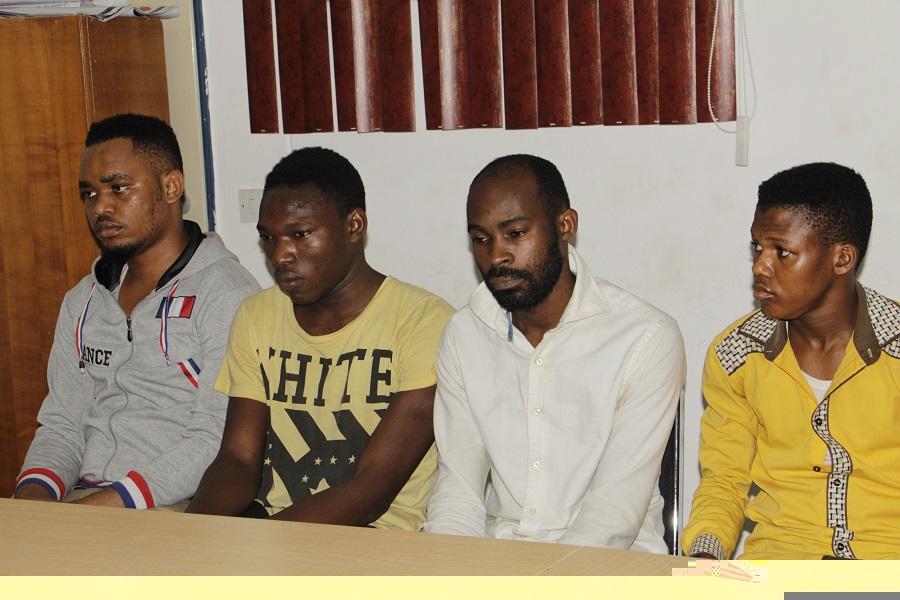 PARADE OF SUSPECTED FRAUDSTERS AND OPERATORS OF ILLEGAL/ ROGUE WEBSITES DEFRAUDING UNSUSPECTING CANDIDATES THROUGHOUT THE COUNTRY BY THE FORCE PUBLIC RELATIONS OFFICER,

It is with great pleasure that I welcome you all to today’s press briefing. The IGP concerned with the rise on incidences of cybercrime has put to effective use the Technical Human capacity of the Force to put an end to this rising trend.

The 2017 diet of the West African Senior School Certificate Examination (WASSCE) for school candidates was held throughout Nigeria and indeed, in the other four (4) member countries of the Council, namely; Ghana, Sierra-Leon, Liberia and the Gambia, between 20th February and 12th May 2017.

At the commencement of the examination, the Council observed that some individuals were operating criminally inclined “rouge’ websites, under different names, soliciting for candidates sitting the examination, to pay money into their bank accounts, in exchange for the provision of worked solutions/answers to questions of subjects being taken on any particular day as the examination was in progress.

Thank you all and God bless.