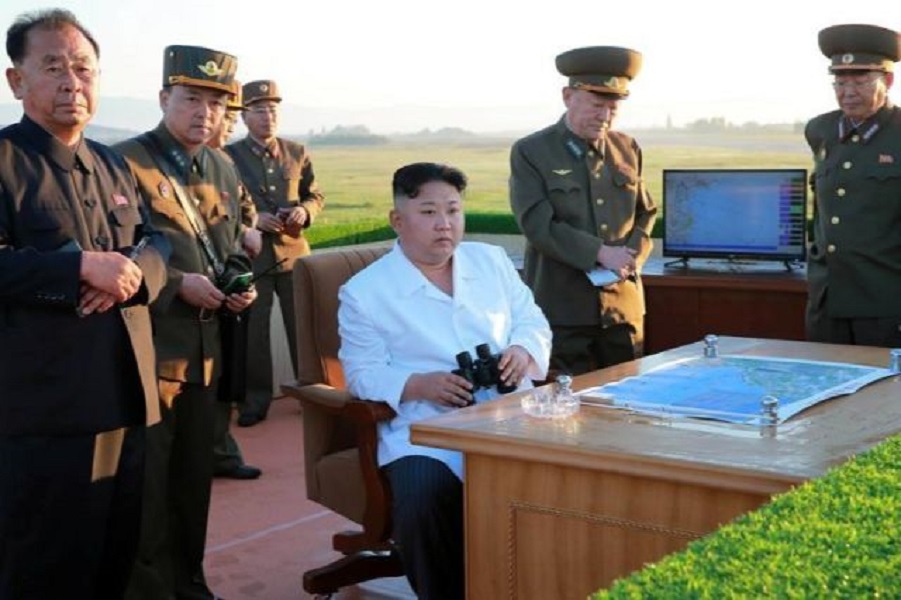 North Korea’s state-run news agency has slammed President Donald Trump’s “America First” policies as being even more “ferocious and brutal” than Nazism under Adolf Hitler. The editorial, titled “Nazism in the 21st Century—Defeating ‘America First,’ ” published by the Korean Central News Agency (KCNA) Tuesday, comes at a time of increasing tensions between the two countries and ahead of South Korean President Moon Jae-In’s first visit to the White House this week.

“The ‘American-first principle’…advocates the world domination by recourse to military means just as was the case with Hitler’s concept of world occupation,” read the editorial, in comments translated by The Japan Times.

It added: “The American version of Nazism [is] far surpassing the fascism in the last century in its ferocious, brutal and chauvinistic nature.”

The wild charges follow Trump’s touting of his “America First” theme since his campaign last year. Trump has threatened to pull out of international trade agreements and military alliances, and has withdrawn the U.S. from the Paris climate agreement.

KCNA had some strong words for the United States president, too, claiming that he was “following Hitler’s dictatorial politics,” dividing people into either “friends or foes” and manufacturing an “atmosphere of horror among political, public, media, information and all other circles in the U.S.”

Writing on the North Korea analysis site 38North, Robert Carlin, a visiting scholar at Stanford University’s Center for International Security and Cooperation, said Monday that over the past month Pyongyang had relaxed restrictions on “rhetorical attacks” on the new U.S. administration.

“The coarsening language toward the administration, and toward the president himself, seems to reflect a slowly sharpening discussion within the regime over how to react once Washington announced its new policy of ‘maximum pressure and dialogue,’” Carlin added.

In the face of continued North Korea missile launches and its repeated vows to carry out a sixth nuclear test, the White House has talked up the possibility of a major conflict with that country.

Another point of contention was the case of American Otto Warmbier, who died last week just days after returning home to the U.S. in a coma after 17 months in North Korean detention. Following Warmbier’s death, Trump condemned “the brutality of the North Korean regime.”

South Korean President Moon also blamed North Korea for Warmbier’s death. However, Moon, who was elected last month, has embraced a more diplomatic, cooperative stance with North Korea in comparison to his conservative predecessors of the past decade.