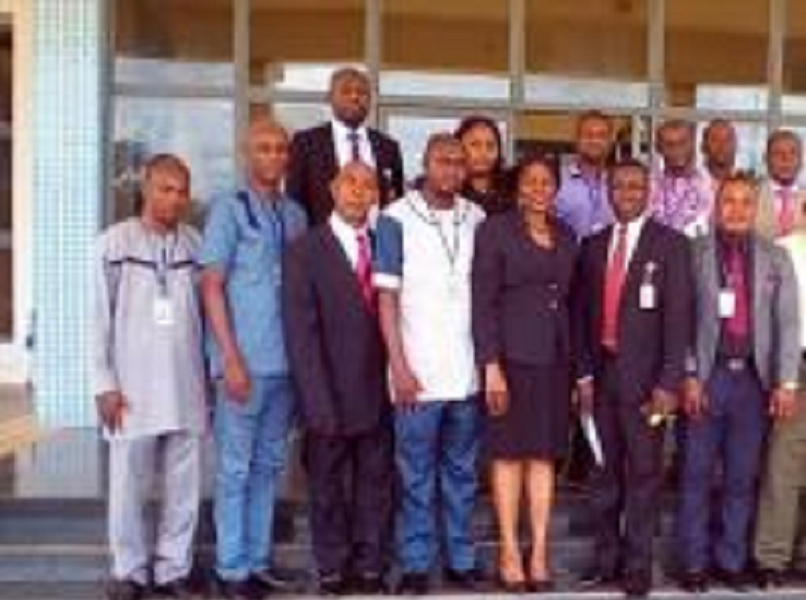 Following the low turn out of farmers to fully participate in the ongoing Anchor Borrowers’ Programme (ABP), which is currently threatening the success of the programme in Delta State, an official of Central Bank of Nigeria (CBN), Asaba Control Branch, Mrs Uwaifoh Ekpen, said ignorance on the part of farmers in the state is presently placing a huge setback on the programme.

Mrs Epken, whose office is directly in charge of the ABP in the state, said most of the problem they have encountered at the registration stage, was due to multiple Bank Verification Numbers (BVNs) of farmers who have enrolled for the programme.

She gave the revelation when the chairman, Indigenous Newspapers and Magazines Chapel (INMC), of the Nigeria Union of Journalists (NUJ), Delta State Council, Barth Inneh Ozah, led executives and members of the Chapel on a media parley with the CBN management team in Asaba.

Mrs Ekpen, lamented that despite the vigorous sensitization/awareness campaign created across the state, peasant farmers had rather not turn out for the exercise, giving room to what she described as “Portfolio Farmers” to hijack the programme.

She disclosed that it took them two years to carry out sensitization to farmers, revealing that some who registered for the programme have multiple Bank Verification Numbers (BVN) which stalled their successful enrolment, “after we sent their names to NIMC, we discovered that only one person has up to 10 BVN numbers”.

“This is the second year that we are trying to bring Deltans into the programme, it didn’t start today. We have gone as far as Ughelli, but the problem we are having is you Deltans because the process of verification has to do with your BVN. We asked your farmers to give us their names and BVN. For example, you will see a list of about 200 and you see one BVN for more than 10 persons. If you like put your name in 50 places we will still know. When we send the soft copy to NIMC, through our head office where they will verify your BVN, as it coming back, they will give us the ones that are duplicated, verified and invalid”, bemoaning that in a list of 200 farmers, it becomes difficult to get 50 genuine farmers.

While citing the instance, she said, “it is not as if we are not doing our job, to some extent we are trying to find a way to get everybody involved but Delta State, you people are giving us headache that is the truth. I will just tell you the plain truth. Delta State doesn’t also pay when inputs are supplied to farmers because if you benefit today and you do not pay back, tomorrow another person cannot get. N2 billion was given to this same Delta State, we are even begging them to bring N1.00 now they cannot account for it. So, when we give you cash, we see a lot of portfolio farmers. That is why CBN is saying instead of giving you cash let us give you inputs so that only the real farmers will come out”.

She revealed that there are a lot of portfolio farmers in Delta State, “in this same Delta State, feeds were given to some farmers, they sold them”, pointing out that 682 fish farmers have started while those for cassava would come up on Monday 12th of June 2017.

She also hinted that the team has visited Kwale, Ndokwa West and Issele-Uku, Aniocha North local government areas of the state for sensitization on cassava where those who came for the programme as farmers displayed high level of ignorance, “one of the way for you to be reached, is to form yourselves into cooperative of 10”, lamenting that since the withdrawal of cash from the programme, the number has dropped.

Our correspondent who obtained the Anchor Borrowers’ Programme Guideline from CBN reports that on November 17th, 2015, President Mohammadu Buhari launched the programme with the intension to create linkage between anchor companies (SHFs) of the required key agricultural commodities.

The programme thrust of ABP is the provision of farm inputs in kind and cash for farm labour to small holder farmers to boost production of these commodities, stabilize inputs supply to agro processors and address the country’s negative balance of payments on food.

Unless, the CBN Governor, Mr Godwin Emefiele, who happens to come from Delta State does something urgently, the Anchor Borrowers’ Programme with the objectives to reduce agricultural commodity importation and conserve external reserves, create new generation of farmers/entrepreneurs and empowerment, reduce the level of poverty among smallholder farmers, assist rural smallholder farmers to grow from subsistence to commercial production level among others may fail.

Meanwhile, an impeccable source in CBN who pleaded anonymity told our correspondent that the CBN governor is on the neck of staff of the Development Finance Department to redouble their efforts in ensuring that the programme succeeds in his state.

The Branch Controller of the Bank, Elizabeth Agu, who aligned herself with the directive of her boss said “we are already doing it but we are going to redouble our efforts, I assure you on that”, stressing that the programme would get to the farmer who really deserves to be part of it.