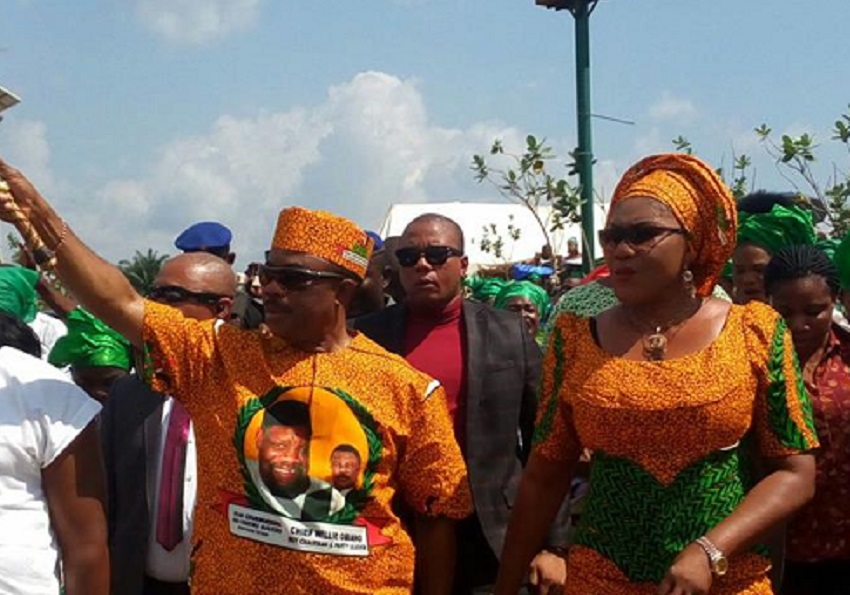 The group’s position was contained in a statement by its National Coordinator, Chuma Nweke in Awka, in reaction to the publication on several social media.

He wondered why Obidigbo did not think it wise to properly scrutinise the veracity of the allegations of profligacy against Chief Obiano especially as it concerns the daughter of a fellow man who happens to be a governor.

Nweke said, “We find it regrettable that Obidigbo who aspires to lead Anambra cannot draw a line between politics and private family engagement hence he dabbles headlong into falsehood and tales by moonlight manufactured by agent provocateurs on on a Laptop to demean the First family of Anambra and score cheap political points.”

“Granted that Obiano is governor, his private life and family time with wife, children and indeed select friends should not be interpreted or treated as a state affair, especially where it is clear that the state has no hand in it.”

“Anambra is still highly rated for prudent management of meager resources and one of the least indebted states in Nigeria. So far, there is no evidence that the governor is doing otherwise. Therefore the attempt to smear the person of the governor by alluding to non-existent profligacy when he is having a private family engagement for a graduating daughter is to say the least wicked and condemnable.”

The organization challenged Obidigbo to show proof that Obiano organized a state function in USA with state resources to mark his daughter’s graduation. Otherwise he should tender an unreserved apology to the Obianos and the good people of Anambra State.

The RATDL also called on political aspirants not to heat up the public space with incendiary commentaries but rather concentrate discussions on issues and allow the electorates to make a clear choice.

The group also advised gubernatorial aspirants to avoid the tendency to pull down the entire house just to make a point; stressing that they are genuinely concerned; hence “we say that this sort of reckless politicking and smear campaign must stop.”