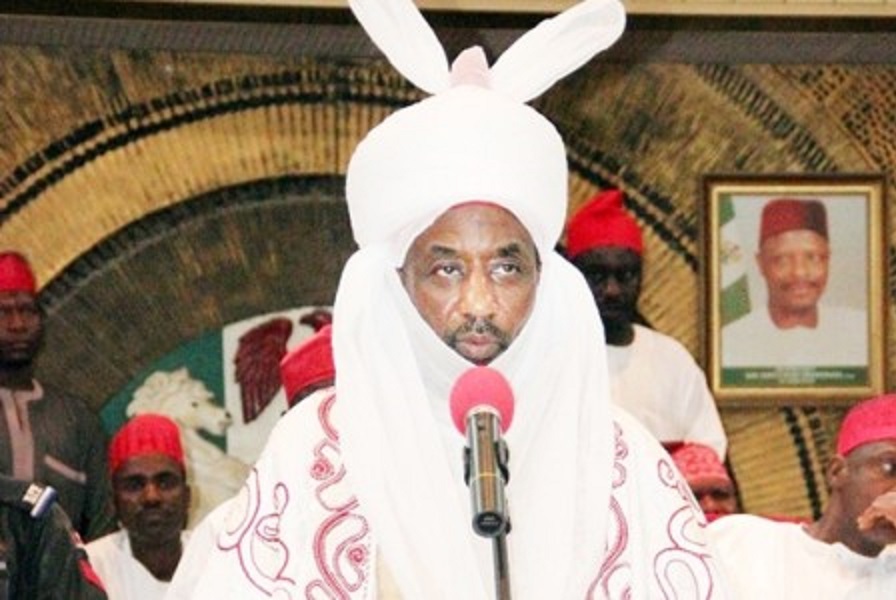 Nigeria just witnessed the rallying around by Nigeria PLC, otherwise called the cabal to protect one of their own. The Sultan of Sokoto, Senate President Bukola Saraki, Speaker Yakubu Dogara, billionaires Aminu Dantata and Alhaji Aliko Dangote and even the Vice, now Acting President Yemi Osinbajo all came together to protect a potential squanderer of public funds and impoverisher of the dying masses.

The charges against Emir Sanusi II are dumbing. Firstly I must mention that the Emirate is not a private business entity. It lives on public funds taken directly from Nigeria’s meagre earnings. Unlike funds budgeted for us, the funds for traditional rulers are not appropriated and the Kano emirate funds are meant for the development of the people of Kano to whom the Emir is beholden. However rather than contribute to the development of his subjects, the Emir has been said to have emptied the coffers. We are talking about emptying even savings for accounts of 100 years ago that no previous Emir touched. Paper reports have it that Emir Sanusi swallowed between 4-7 billion Naira in just three years. That’s about 16 million dollars!

A report in DailyNigerian has it that apart from his actual salary, he has a coded monthly emolument tagged “NEFT” (National Electronic Funds Transfer) or “IN-HOUSE TRSF” of N12 million. They provided bank documents to prove this monthly deduction. However all these can no longer be verified and investigated thoroughly as the cabal have rallied around in the interest of one of their own and out of hatred of us mere and poor masses. Even MURIC, supposed to be a religious group released a statement in defense of the concealment of alleged corruption. This is how low Nigeria has gotten where the strong protect the rich and expose, insult and kill the poor.

And the need for probe has nothing to do with what right or wrong things the Emir said or didn’t say. The poor get slammed without consideration of what they advocate. In fact their being poor in itself is due to the institutionalized disenfranchisement, and a sentencing of itself from the “owners of Nigeria PLC” who slice away, not from a national cake but from the paupers’ loaf.

Tanko Yakassai challenged the Emir and other traditional leaders to use out of their income to fund education in the north. It goes without saying.

A popular doctor friend of mine, Muhammad Shakir Balogun posted on his FaceBook page that the north has lost whatever of a leader and model they believed they could have in Emir Sanusi for him not asking them to bring on the probe. There is no question.

How Islam Hates Interceding for The Affluent

A Makhzoomi noblewoman (from the tribe of Makhzoom) stole at the time of the Prophet of Islam on whom be peace, and Usaamah Ibn Zayd, RA, wanted to intercede for her. The Prophet(s) became angry and said:

“Do you intercede concerning one of the Hadd set by Allah? Those who came before you were destroyed because if a rich man among them stole, they would let him off, but if a lowly person stole, they would carry out the punishment on him. By Allah, if Faatimah Bint (daughter of) Muhammad (myself) were to steal, I would cut off her hand.” – Bukhari hadith

Don’t steal from the poor, because they are poor. Don’t oppress the needy in the gate. For Jehovah will plead their cause, And despoil of life those that despoil them.

But the people of Kano are not riled up. We will not be seeing them in protests. We will not see them say that the insult is too much; that the ripping them off and rendering them in permanent poverty by Nigeria PLC must come to an end now, regardless of office or title held. The masses are so poor and denuded they are now too hungry to fight for a better situation, I guess. So who will fight for us?

I will keep writing.

Every thief and every friend of a thief shall die. Every embezzler shall be consumed by the fire.