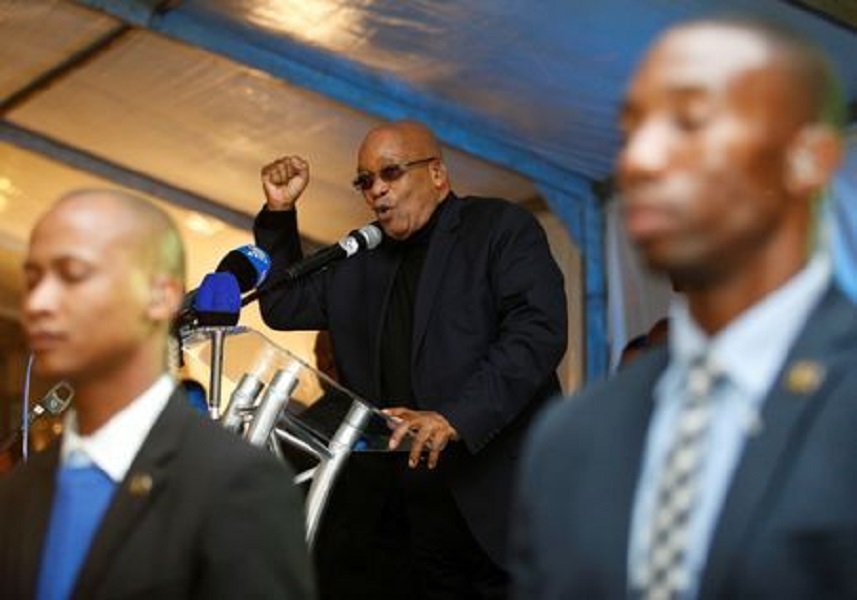 Citing four unnamed sources with direct knowledge of the meeting of the National Executive Committee (NEC), News24 said the motion of no confidence was proposed by a senior NEC member and supported by the current health minister and his deputy, among others.

The ANC’s spokesman Zizi Kodwa, who earlier in the week denied a Bloomberg report saying Zuma’s removal would be discussed, was not immediately available on Saturday evening.

Earlier the ANC’s secretary general, Gwede Mantashe, told reporters that Zuma’s removal was not on the NEC agenda.

Zuma has been under increasing pressure to step down from party veterans and members of the African National Congress’s communist and union alliance partners, as a series of scandals threaten to erode the ruling party’s dominance before the 2019 general vote.

The Public Protector, an anti-corruption watchdog, published a report in November that alleged Zuma was influenced by the Guptas, a wealthy South African family with business interests ranging from mining to media, in making government appointments.

Zuma resisted calls to resign over those claims, which both he and the Guptas have denied.

The ANC stood by Zuma at a similar meeting in November in a debate about whether he should step down, and analysts discounted suggestions that he might be ousted or might quit before his term as party head ends in December. [nL8N1IP4SN]

The NEC discussions continue on Sunday.