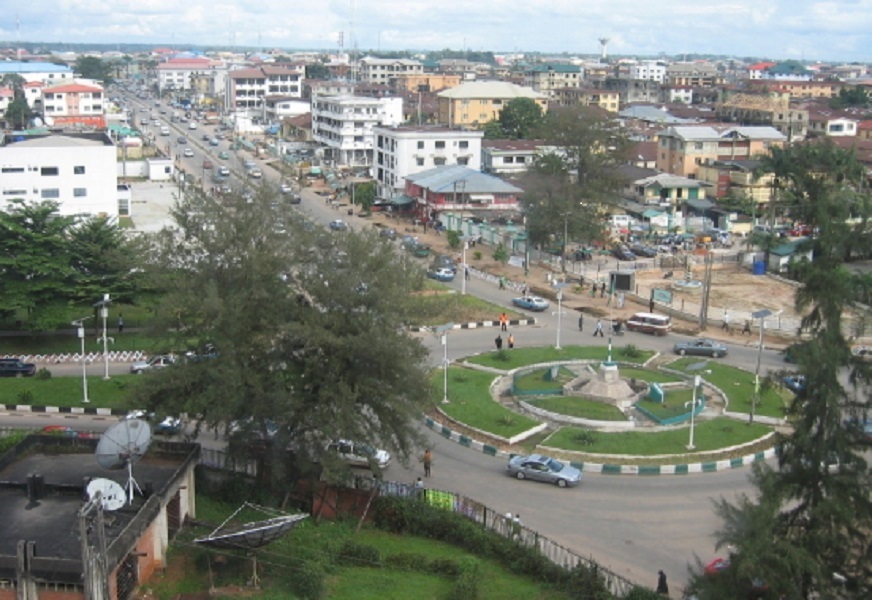 The absence of credible governance has indubitably been the central nuisance of democratic governance in post-colonial Nigeria. Restoring credibility in governance is thus a necessary condition for achieving sustainable developmental democracy in the country. Interestingly, the crisis arising from previous elections vividly illustrate the crucial importance of credibility in the process of governance.

The current democratic experience which began in May 29 1999 came at a period of strong and popular feelings of dissatisfaction with past military and civilian administrations. The democratic government that took over the reins of power in 1999 had to grapple with a general feeling of despondency, hopelessness and mistrust of political leaders. Members of the public had come to believe that political leaders seek power only to further personal interests and not as means of rendering selfless service to improve the quality of life of the people.

The performance of some political office holders in the recent past has confirmed the reality of the credibility problems that Government faced at all levels. The trial and conviction of some former political office holders for embezzlement and money laundering offences is a testimony to the fact that there is an urgent need to set a new agenda for credible governance in Nigeria.

Some major factors have contributed to the credibility problems of government in Nigeria, and these include but not limited to above; issue of disconnection between promises and performance on the side of so-called leaders, role of elections, electoral bodies, electoral process and its connection subject to credibility.

On the other hand, the problem of corruption is precursor of credibility gaps. I shall in the course of this article examine the roles that constitutional institutions can play in setting a new agenda for credible governance with positive thinking. The role of the judiciary and the legislature as promoters of credibility in governance and the role of other constitutional institutions like the Code of Conduct Bureau are of much interest. Other issues such as popular participation in government and responsiveness need be examined.

The lack of credibility in Nigerian leaders has caused more harm to the nation’s economy that good. According to Chambers 21st Century Dictionary 1999, credibility means “…capable of being believed; reliable, trustworthy”. While the term “governance” is often increasingly being used in development literature. Governance describes the process of decision-making and the process by which decisions are implemented (or not implemented). It is a process through which public institutions conduct public affairs, manage public resources, and guarantee the realization of human rights.

Good governance accomplishes this in a manner essentially free of abuse and corruption, and with due regard for the rule of law. From a combined rendering of the meaning of the two word “credible governance” it refers to the conduct of public affairs and management of public resources in manner that assures the public that their leaders are reliable, trustworthy, and dependable. Credible governance guarantees that elected officials will deliver the proverbial democratic dividends and fulfill the promises made before elections. As noted earlier succeeding Governments in Nigeria have suffered from credibility problems. The citizenry perceive political leaders as opportunists who seek political power for selfish ends and not as means of serving the populace. Before examining the factors that have created these credibility problems permit me to examine a foundational issue which lies at the root of credible governance. This is the issue of the constitutional covenant between the governments and the governed amply encapsulated in the social contract theory.

In social contract, the broad class of philosophical theories whose subjects are implied agreements by which people form nations and maintain a social order. Social contract implies that the people would give up some rights to a government and/or other authority in order to receive or jointly preserve social order. Social contract theory provides the rationale behind the historically important notion that legitimate state authority must be derived from the consent of the governed.

The starting point for most of these theories is the examination of the human condition before the existence of any structured social order, termed the “state of nature” or “natural state”. In this state of being, an individual’s words or action are bound only by his or her conscience. From this common starting point, the various proponents of social contract theory attempt to explain, in different ways, why it is in an individual’s rational self-interest to voluntarily subjugate the freedom of action which he has in the natural state (the so called “natural rights”) in order to obtain the benefits provided by the formation of social structures.

Common to all of these theories is the notion of a ‘sovereign will’, which all members of a society are bound by the social contract to respect. John Locke (1689) and Jean-Jacques Rousseau (1762) are the most famous philosophers of Contractarianism, which formed the theoretical groundwork of democracy. The social contract is only legitimate to the extent that it meets the general interest. Therefore, when failings are found in the contract, the people reserve the right to renegotiate to change the terms, using methods such as elections and the legislature.

There are constitutional provisions which support in some form the philosophy of a social contract between the Government and the governed. The preamble to the Constitution of the Federal Republic of Nigeria 1999 declares that “We the people of the Federal Republic of Nigeria … provide for a Constitution for the purpose of promoting good government and welfare of all persons in our country”. The provision that can aptly be described as the contract clause in the Nigerian Constitution is section 14 of the Fundamental Objectives and Directive Principles of State Policy (FODPSP). Section 14 provides as follows:

14(1) The Federal Republic of Nigeria shall be a State based on the principles of democracy and social justice.

(2) It is hereby accordingly declared that – Sovereignty belongs to the people of Nigeria from whom Government through this Constitution derives all its powers and authority;

(b) the security and welfare of the people shall be the primary purpose of government; and

(c) the participation by the people in their government shall be ensured in accordance with the provisions of this Constitution.

The above and other provisions of the FODPSP outline the political, economic, social, educational and foreign policy objectives of the Nigerian State. These capture the duties and the obligations of the government to the governed. The inability or failure on the part of any Government to perform the duties and obligations inevitably creates a credibility problem for that Government. The obligation of government with respect to FODPSP is not diminished by the provisions of section 6(6) (c) which precludes the exercise of judicial powers with respect to FODPSP. This is because the non-justiciability of the provisions of FODPSP is except as otherwise provided by the Constitution. Other provisions of the Constitution may empower the Courts to judicially enforce FODPSP.

The constitutional foundations of the social contract theory explain the basis of the expectation of the governed for a Government that is committed to providing for their security and welfare. Where any Government consistently fails to perform its constitutional obligations, the people become dissatisfied and this creates credibility problems for the Government.

If credible governance as demonstrated above could prove so decisive to the fate of unelected military regimes, it is of even more vital importance to the sustenance of democratically elected governments. After all, a military regime, even when it makes specific promises to gain legitimacy, attains and sustains power essentially through brute force. It does not wield power at the will of the people and is therefore not duty bound to reflect the popular will in its decisions and actions. The defining characteristic of a democratically elected government, on the other hand, is that it assumes power at the pleasure of the majority of the electorate voting in transparent and credible elections. A democratically elected government can only remain in power for as long as it enjoys enough credibility to continue to win majority of legitimate votes cast in periodic elections as constitutionally prescribed. So why do corrupt leaders continue to remain in positions of authority even when their actions become obvious of abuse against the governed?

A democratic system of government must pass the credibility test on at least two levels. First is the credibility of the government in power at a particular time in terms of its capacity to retain the confidence of the people through fulfilling the electoral promises that earned it the popular mandate. In a liberal democratic political system, a government emerges through competitive elections at which contending political parties market their manifestos to the electorate.

It is through the competition of alternative ideas and policy options in the political market place that political parties perform their functions of interest aggregation, policy articulation, political education and social mobilization of the populace. A definite social contract is thus entered into between a government that emerges through the popular vote and the people. In exchange for the mandate conferred on it on trust by the people, the government is bound to fulfill its electoral promises. The degree of success with which it does this will be a critical determinant of its triumph or failure in future elections.