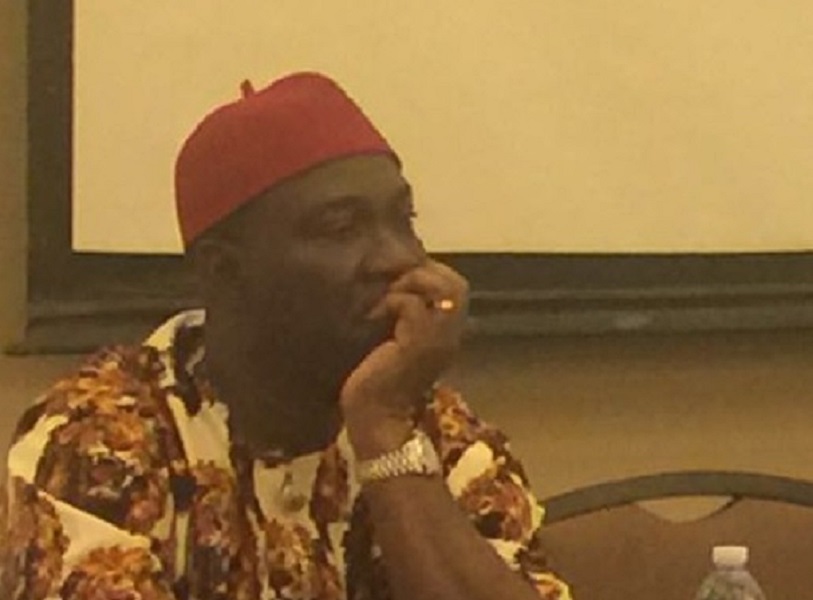 At about 8am on Friday, May 26, 2017, men of the Nigeria Police Force from the Inspector General of Police Special Squad raided the official guest house of the Deputy President of the Senate, Senator Ike Ekweremadu, located at No. 10 Ganges Street, Maitama, Abuja. The police, however, stated at the end of the search that nothing incriminating was found.

They met the steward, Oliver Ogenyi, and some of Ekweramdu’s staff and their children in the house. In spite of the fact that they were informed that the property is the guest house of the Deputy President of the Senate, they nevertheless proceeded to thoroughly search the house without establishing any contact with the Deputy President of the Senate or any of his senior staff. The steward was taken away by the police to the Special Anti-Robbery (SARS) Office, Garki, Abuja, where the IGP Special Squad’s office is also located. Ogenyi was later released after making a statement.

The Deputy President of the Senate is a law-abiding citizen and does not dispute the fact that the security agencies are empowered by law to carry out searches on premises in accordance with the law. However, the law requires that the owner of the property or his representative must be informed and should be present during the search.

Senator Ekweremadu is worried about the manner in which his guest house was raided. The questions are: Was there a search warrant? What were they looking for? Who searched the police officers before the search? Who supervised the search? Etc.

Instructively, this incident comes just a few weeks after Senator Ekweremadu, on May 3, 2017, read to the Senate in plenary a written, but anonymous tip-off by a patriotic Nigerian on a plot to plant incriminating sums of foreign currencies, arms, and ammunitions in a house linked to him under the pretext of the whistle blower policy. The aim, according to the source, was to rubbish, arrest, prosecute, and ultimately remove Senator Ekweremadu from office.

It is also apposite at this point to inform Nigerians that the Deputy President of the Senate had received at least three different forewarnings from various highly-placed sources before the written tip-off he read before the Senate, and they all pointed in the same direction: a clandestine effort to uproot the Senator from office by all means possible.

Therefore, this latest act of desperation, intimidation, and disregard for due process further substantiates all the forewarnings.

Furthermore, we have it on good authority that agencies of government are currently scavenging through all the land registries and various banks within and outside the country to find incriminating reasons to arrest, embarrass, and prosecute him.

The Deputy President of the Senate is also aware of a report revealing that some people within the government met with some top echelons of the security and anti-graft agencies at Maitama, Abuja, on May 17, 2017, to explore strategies to the arrest, prosecute, and remove him and some other Senators out of political circulation, by hook or crook to pave way for a total takeover of the National Assembly.

These schemers have scheduled to meet again on June 13, 2017 as they hope to conclude their evil and anti-democratic machinations during the annual recess of the National Assembly when lawmakers will not be on ground to resist them.

Nigerians and the international community will recall that Senator Ekweremadu and the Senate President were, in June 2016, arraigned before a Federal Capital Territory High Court on trumped-up charges of forgery of Senate Standing Rules (2015) even when the petition by members of the Senate Unity Forum, statements by Senators and bureaucrats interrogated by the police, and indeed the police report itself did not mention, let alone accuse or indict any of them of any wrongdoing. The Senate’s presiding officers were docked when the proof of evidence did not establish any culpability on their part.

The orchestrated political trial, calculated witch-hunt, barefaced intimidation, and clear attempt to emasculate the parliament and silence the leadership of the Senate, was eventually, but reluctantly withdrawn when external counsel briefed by the AGF, after studying the file, advised the Federal Government to do so.

It is also worth recalling that neither the police nor any of the security agencies has cared to investigate or even interview the Deputy President of the Senate on the attempt on his life on November 17, 2015, even when the dastardly act was duly reported to them.

Therefore, the Deputy President of the Senate condemns in strong terms the prevailing situation where people in positions of power, blindfolded by extreme selfish interests, are using security agencies to harass, embarrass, and intimidate political opponents.

He believes that there are so many pressing national challenges that should worry all of us than this needless and continued witch-hunting, disregard for rule of law, and brazen political highhandedness, which is inevitably overheating the polity.

By the grace of God, this too shall pass.

Special Adviser (Media) to Deputy President of the Senate