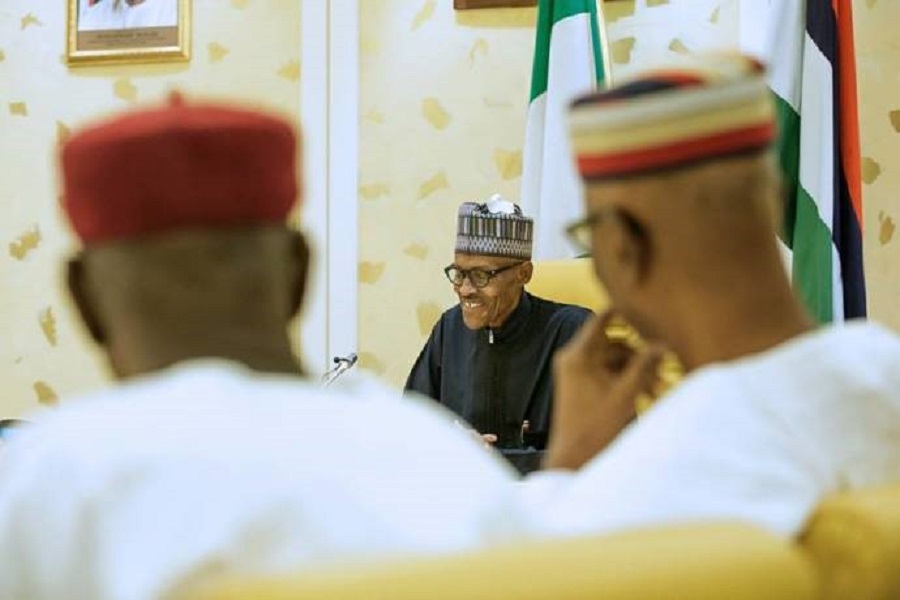 The buck being passed around today over poor governance will eventually stop at the President’s table. It is not quite likely that Nigerians would accept it was the senate or the judiciary that held the government from delivering as some are trying hard to make it appear today.
All considered, the senate can be said to be doing pretty well in making governance easy despite the antagonisms it has faced from the executive arm since inception. The bipartisan nature of the current Nigeria senate and its sagacious leadership by Senators Bukola Saraki and Ike Ekweremadu remain venerable. It is though keeping in the true tradition of a senate, which is supposed to be a moderating force between the more tempestuous lower house and the executive arm. This explains why ruling party and opposition party hardly come to play, as the senators act more based on issues and most of the times, are near unanimous in their decisions, showing that the opposition PDP is not out to make the government to fail.
The reason citizens change a government is to give an alternative that holds the promise a chance to bring in refreshing perspectives to governance. I believe this was the exact reason the nation voted in the APC. For the better part of the two years, the ruling party has been blaming the former President, Goodluck Jonathan, who though messed up quite a bit, can no longer be justifiably blamed for the poor performance of the government that took over to fix things. Yes, they may have inherited a bad situation but, like a former CBN governor Chukwuma Soludo said recently, they made it worse. This is why many Nigerians, here and there, are now bafflingly shouting, “bring back our corruption”.

Come to think of it, the reason citizens change a government is to give an alternative that holds the promise a chance to bring in refreshing perspectives to governance. I believe this was the exact reason the nation voted in the APC.

I believe in J-curve also; it is the assumption that new things tend to get worse before getting better. But the apologists who flaunt this theory have not addressed how much longer Nigerians should wait for the depressive downturn of the curve to look up. By this time next year, another general election would stand only 9 months away. What this means is that the APC does not even have one full year to restore the vanishing hope.

Question is: if things continue this in way, what will the APC most likely tell Nigerians to win again; that Jonathan left an empty treasury and an Augean stable that would require 16 years to clean and make right again? It will take greater propaganda fireworks than was witnessed in the buildup to 2015 general election for Nigerians to fall for it again.

One thing that many have glossed over is the fact that democracy and military dictatorship are polar opposites. The attempt to mix up the two in the current government of Nigeria is what is causing the upheavals both in the economy and the polity. The closest it comes in a democracy is where and when there is a state of emergency, where sweeping powers are granted the President to bypass due process. But there is no state of emergency to warrant carrying on as if the other arms of government do not matter, only President Muhammadu Buhari.

For the avoidance of doubt, what Nigeria is practicing is constitutional democracy and Presidentialism. Limits and caps are already set by the constitution for the three arms of government and for those who exercise those powers. This is in line with the quintessence of the principle of separation of powers.
In a military regime, the three arms – the legislature, the executive and the judiciary – are fused in one individual. In a democracy, in order to avoid the tyranny of one man, the arms are not even fused in three persons. As institutions, the arms are run by teams. So, any presumption that the three arms can be fused in the President without first securing for him emergency powers is not only wrong but also at the core of how things got messed up in the last two years.

It started with the ruling party getting off with the notion that the President can muzzle off the other two arms. That was why the party tried to force leaders on the senate and house of reps. Since then, the executive arm has been frantically trying to change the leadership of the senate, much to the distraction of the red chamber and to itself, with the active support of some Nigerians who should be protecting democracy from tyranny, including some senior advocates of Nigeria who are deliberately interpreting the laws upside-down to get into the good books.
One major promise of President Buhari to get elected was to rid the country of corruption. His intention to do this has always been there. But political will is but one of the many factors that must align properly for the fight to be successful. Even before political will comes the legal framework. Without a doubt, the anti-graft fight calls for some stringent measures, such as fast-track courts and further amendments to the criminal administration act. Both have not been done and their absence has led to frustrations in the regular courts, which the anti-graft agencies have wrongly interpreted as sabotage on the side of the judiciary and the legislature.

The accusations of bias against the anti-graft fight are increasing by the day and critics easily find ready examples to show that the fight is only cosmetic and showy, and only making do with a few symbolic gestures as proof that it is serious. The cases of the suspended SGF, David Babachir Lawal and Ibrahim Magu of EFCC remain sore spots and the investigative panel headed by the Vice President to establish the facts, no matter the outcomes, is but a mere damage control and face saving move.

Of course, it has been doublespeak all the way. The proposed 2017 budget has about N500 bn of recovered loot as part of the sources for its funding. Yet, names of those who returned the loots remain a secret. Government claims the monies are still undergoing judicial processes, and that it would be prejudicial to name and shame the thieves at this stage.
Assuming this strange logic is true, what right has the government to spend the monies if they do not yet legally belong to the government and the Nigerian people? Or, what legal protection is a man who voluntarily returned what he stole entitled to? Yet, we hear the nondisclosure is to shield government from public odium as the true identities of many of the mindless looters would an embarrassment. So, clearly, it is all politics: unwittingly playing politics with everything, including the fight against corruption and national security.
The EFCC, all the time playing to the gallery, is said to be carrying out plea bargain, which it lacks the powers to do, since that is an exclusive preserve of the courts. The agency is said to be forcing people to return money to be let off the hook. For the government and the EFCC therefore, the goal is the money and not stopping corruption by punishing it.
This is a wrongheaded policy, which is doing more harm to the anti-graft fight than good. Why? Naming and shaming is not even enough. Stealing of government funds in small and large lumps is a crime against the suffering Nigerian people and the Nigerian state, which ought to be severely punished. In some countries like China, culprits are executed to send a strong signal. In Nigeria, they are rewarded since plea bargain is a sort of incentive both to the looters and the would-be, who are let off to enjoy both their freedom and the balance of loots.

So, the government derailed its own programmes with wrong, unworkable policies, and what is more, it has not gotten the right caliber of experts to man crucial beats. For example, the presidential committee on the fight against corruption headed by Isa Tsagay has failed woefully in helping the President organize the fight in the way and manner it would succeed. Instead, it has encouraged the President to fall back on military tactics, which are antithetical to democracy, result of which is resistance from other arms of government and critical stakeholders.
The reason the government is not making much headway therefore is neither the senate nay national assembly nor the judiciary. It is all about wrongheaded policies, too many round pegs in square holes, differential in reward and punishment in the fight against corruption, lack of consistency and transparency and above all, a clear absence of swift legal framework, and undemocratic practices.

To save the slipping situation, the government needs a lot of rapprochements and rejigging of its top hands and jettisoning of its too many wrongheaded policies.