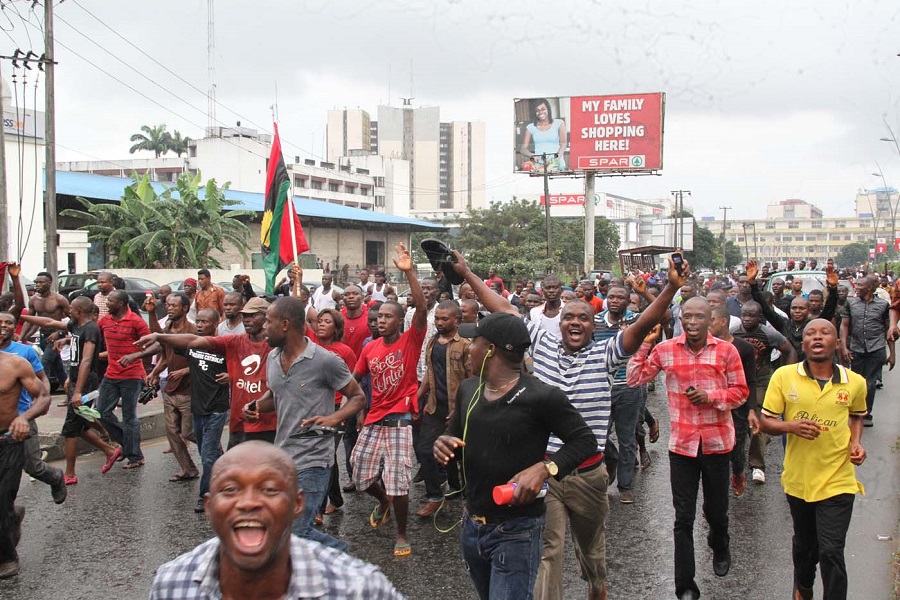 RE- PLANNED PROTESTS AND ORDERS FOR MARKET CLOSURE IN SOME STATES OF THE COUNTRY ON 30TH MAY 2017 BY INDIGENOUS PEOPLE OF BIAFRA (IPOB), THE BIAFRAN INDEPENDENCE MOVEMENT (BIM), THE MOVEMENT FOR THE ACTUALIZATION OF THE SOVEREIGNTY STATE OF BIAFRA (MASSOB) AND OTHER AFFILIATED GROUPS

The attention of the Nigeria Police Force has been drawn to publications in the media on the planned protests and order of market closure in the South Eastern states on the 30th May, 2017 by the Indigenous People of Biafra (IPOB), the Movement for the Actualization of the Sovereign State of Biafra (MASSOB) and the Biafra Independence Movement (BIM) and other like groups.