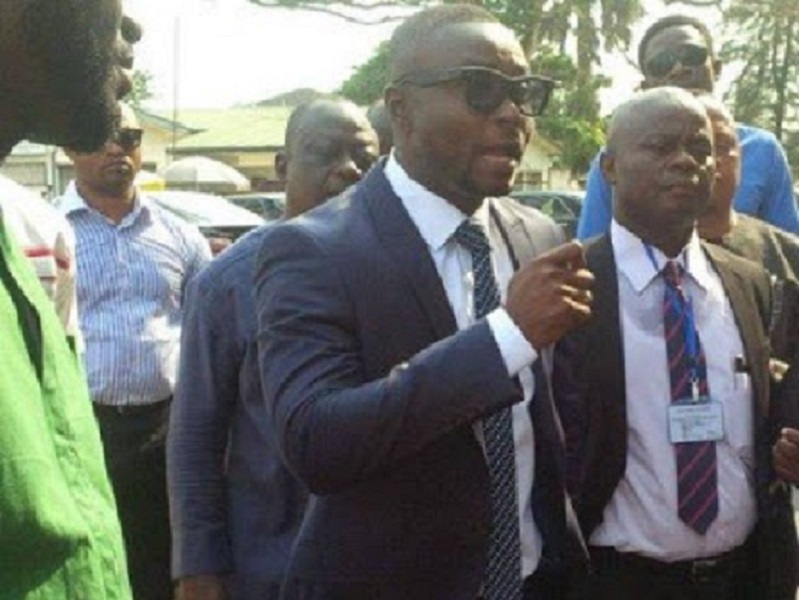 The  Commissioner for Youth and Sports in Cross River State, Mr. Asu Okang says he did not order the shooting of students contrary to information being peddled, that he ordered the shooting of some students who came to commiserate with CROSS RIVER @50.

Sources say, the incident which took place at the ministry’s premises, where three students were shot due to misunderstanding of thirteen Million Naira donated by the State Governor, who gave 10million Naira and Senator Godswill Akpabio, who also gave 3million Naira.

Eye witnesses account states that,  the three students were shot at Transcorp hotel by quick intervention squad who came out to protect dignitaries at the hotel.

We gathered that, some of the mobilized youth leaders absconded with monies meant for their groups, earlier disbursed by the Sports Commissioner.

In what was the frustration of the aggrieved youths, they mobilized and decided to barricade Transcorp hotel as well as the high way,  which led to the students trying to attack some military men and in defence, they were shot by men of the quick intervention squad.

A source who was present, said, one of the students hit a policeman, while trying to force their way into Transcorp premises.

Another eye witness narrated that some protesters who barricaded the Hotel tried to disarm a military officer and on the process they were shot on the leg.

Reacting, the Commissioner, Mr. Asu Okang said, he was not even at the scene of the event and never ordered any shooting, adding that it is practically impossible for him to order shooting of anybody because he has no such powers.

“I have mobilize all team leaders involved in the mobilization and we are heading to University of Calabar Teaching Hospital (UCTH) to visit the victims of the May 27th incidence and their hospitals bills have already been taken care of” Asu Okang, he stated.

Efforts to speak with the Students’ Union Presidents were not successful at the time of this report.