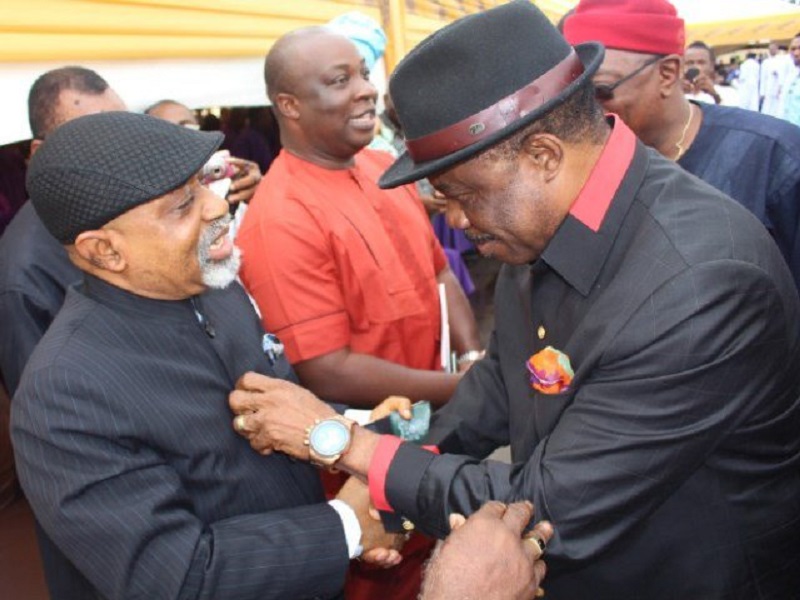 Our great party warns those who are hell bent on scandalizing APC
aspirants across the board and at will in the eleventh hour of an
election year that the distraction strategy will end up being barren.

Those who have had things to say about certain persons, who are not
standing or running for office for the first time, but are saying them
only now, should assist Anambra State by aligning with the APC focus
on issues and not inventing scandals where they do not exist.

APC is a liberated party destined to take Nigeria , no less Anambra
State to its deserved level  of political stability, advanced
democracy, compassionate society were corruption is minimal, which
includes reducing lies told by governments, as apparent in the current
level emanating from Obiano-led APGA-controlled Anambra State
Government.

We warn agents of Anambra State Government and the hangers-on around
Chief Willie Obiano, including but not limited to his 500 Special
advisers to leave the APC alone, as their principal has done nothing
to merit a second term in office, and not amount of mud-slinging
against APC aspirants can change the situation.

We  expect Ndi Anambra to hear many more things being cooked up about
many more APC aspirants, from a N12,000i per night room in North West
of Awka  that has for the past 75 days became a kitchen where lies are
asked ,some half-done.

The issues in focus today are that Willie Obiano promised four pillars
of development and failed in all.

He promised heightened activities oil-producing Anambra State, in
status and content, and failed. He promised investment in industries
and failed, only to throw around unverifiable statistics to impress
those outside Anambra State. He has been caught too many times on raw
lies told on agriculture, particularly on investment in rice
production and export earning s in vegetable. He promised boosted
commerce and recorded a down- turn instead in Nigerian Bureau o
Statistics figures.

Our state is now in huge debt in excess of N60bn, from huge surpluses
and the daily merry-making in Government House for no discernible feat
is not about to end.

Gov. Obiano failed on continuation, completion, commissioning of
projects which he promised and counts as an achievement back-bench
issues of paying wages, when a critical review of those sectors reveal
clear deficit in his folk-tale claims and actual performance.

We now need to remind those running away from the discussion on these
failures by raking up issues about APC aspirants to get back into
their respective cocoons before the hot water fountain is let lose.