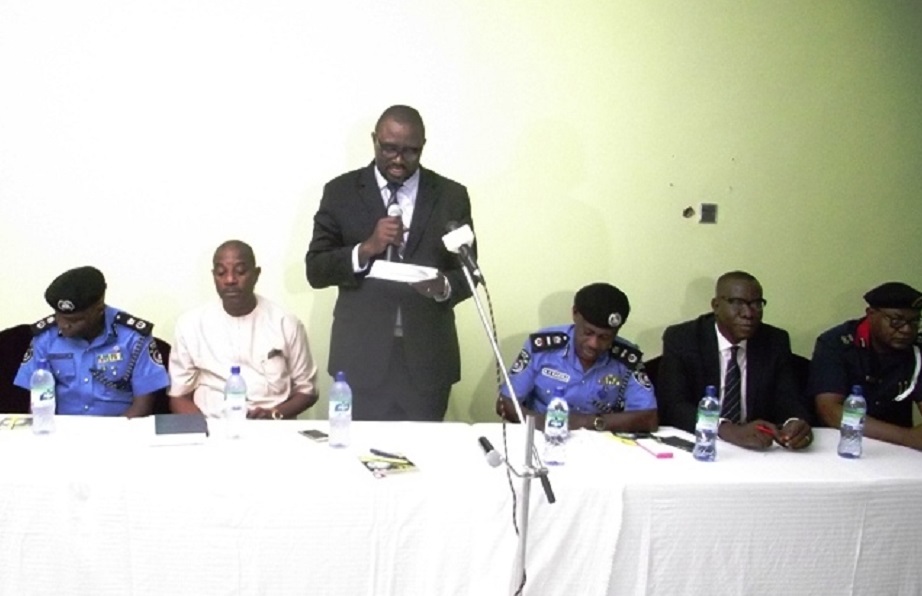 …says no agency has capacity to do it alone

The Inspector-General of Police, IGP Ibrahim K. Idris said to win the war against crime and criminality, all security agencies and institutions must work together.

He said it has become imperative because crime are more organized, complex and sophisticated these days.

IGP Idris who made call delivering a keynote address in a workshop on sensitization of law enforcement agencies on telecommunications issues organised by Nigerian Communication Commission, NCC, held at Psalm Hotel, Enugu on Tuesday, said it is time “we migrated from the point of isolated individualistic responses to build a new form of alliance, a collaborative partnership to jointly arrest the menace, which impacts negatively not on the security infrastructure, but economic wellbeing of the country.

Describing the workshop apt and critical to effective management of security and protection of key infrastructure in our society; the police boss represented by the AIG of police Zone 9, AIG Hosea Hassan Karma, said “we must strive to always accommodate and co-operate with each other including institution of national strategic and economic importance in the discharge of onerous function of security-tending of our country as no organization has the capacity to do it alone.”

Earlier in a welcome address, the Executive Vice-Chairman/CEO of Nigerian Communications Commission NCC, Prof. Umar Garba Danbatta stated that the workshop is organized to sensitize law enforcement officers on some key challenging issues in telecommunication regulation in Nigeria, stressing that it is one in the series of organised conscious self-activity of the commission instituted to underline our belief in forging strategic partnerships with a spectrum of stakeholders.

Represented by the Head, Compliance, Monitoring and Enforcement, Efosa Idehen, Prof. Danbatta disclosed that the long term objective of the workshop is to enhance the commissions’ ability to regulate effectively in order to consolidate the exponential gains recorded in the telecommunication industry in Nigeria.

He said the sensitization became necessary following the growth witnessed in the telecommunications sector in the last fifteen years has been phenomenal by all standards. “From less than half a million lines on the eve of our democratic revival, today, active connected telephones lines are about 150 million. This has come with a concomitant increase in teledensity.”

Enumerating the gains telecommunications sector have contributed to the development in the nation, contributing nearing 10 percent of the GDP, Prof. Danbatta said the commission look forward to seeing greater development in the sector as “we committed to full implementation of the National Broadband Plan.”

He disclosed that two infrastructure companies have been licensed to commence the deployment of more broadband fibre networks beyond the major cities in the country while five more companies will be licensed shortly.

He said its resolve to move fast and steadily in harnessing the promises of telecommunications in improving life and catalyze economic growth underscore the significance of the workshop to halt obstacles to the realization of the goals.