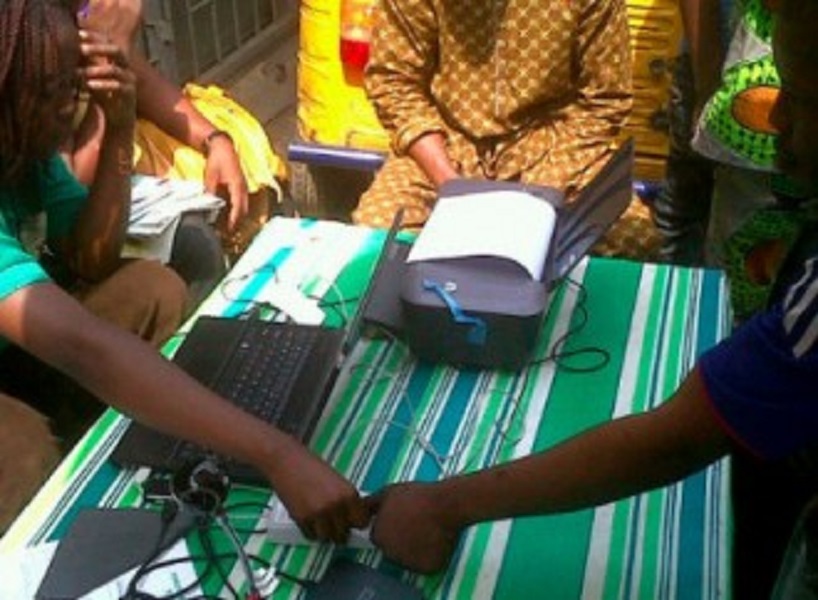 Advertisement
From Yahaya Audu, Bauchi
The Commissioner Independent National Electoral Commission [INEC] Bauchi State Alhaji Shettima Baba Arfon has stated that defaulters of the ongoing voter registration would pay a fine of one million naira.
He said malpractices such as multiple registrations, registering in different polling units, collection of more than one permanent voters cards [PVC], name forgery and disruption of this year’s voters registration would attract fine ranging from N100, 000 and one million naira from the offenders.
He stated this yesterday while flagging off the voters registration exercise at the INEC secretariat Bauchi saying the exercise would go on simultaneously in all parts of the country and would last for a period of three months.
He noted that voters registration is a precondition for voting adding that section 8 of the electoral act empowers INEC to conduct the exercise before every elections in order to enable people who clock 18 years, those who lost their cards as well as migrants and workers who were transferred to another states to exercise their franchise.
According to him, the commission has concluded all preparations and trained its staff to conduct the registration at polling units across the 20 local government areas of the state calling on electorates to turn up and cooperate with the INEC officials to ensure that the exercise is hitch-free and successful.
” It is however worthy to note that multiple registrations, name forgery, collection of more than one PVC as well as registering in several polling units by one voter are unlawful acts and offenders would be penalized by paying fine ranging from one hundred thousands to one million naira which would be decided upon by a court of law because we will not hesitate to prosecute anyone found wanting”. He cautioned.