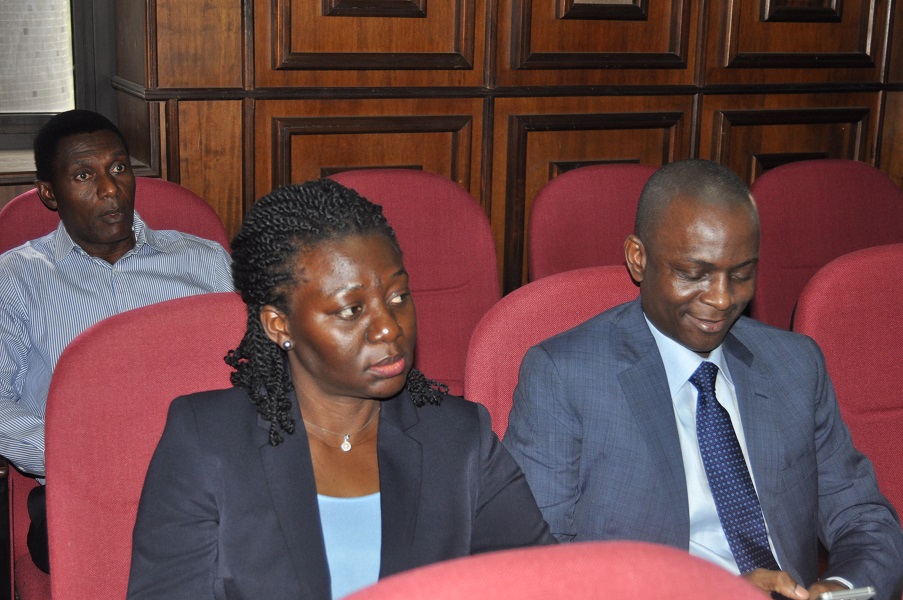 The trial of a cousin to former President Goodluck Jonathan, Azibaola Robert, his wife, Stella and their company, One Plus Holdings, continued before Justice Nnamdi Dimgba of the Federal High Court sitting in Maitama, Abuja on April 27, 2017 with the presentation of the fifth witness by the Economic and Financial Crimes Commission, EFCC.

Azibaola and his co-accused were alleged to have diverted $40million (Forty Million United State Dollars) purportedly meant for supply of Tactical Communication kits for Special Forces which was transferred from the account of the Office of the National Security Adviser, ONSA, with the Central Bank of Nigeria to the domiciliary account of their company, One Plus Holdings.

The witness, Folashade Ibrahim, who was led in evidence by counsel to EFCC, Sylvanus Tahir, told the court that her schedule included sourcing for funds and managing assets and liabilities.

Ibrahim, a branch manager with WEMA Bank, told the court how N650million was lodged into WEMA bank by ONSA.

She stated that sometime in December 2015, WEMA bank received a letter of investigative activities from EFCC for details of one of their customers, Tunji Adeniyi & Co (Estate Surveyor & Valuers) requesting for account opening package, mandate and statement of account.

“On December 8, 2014, WEMA bank received a sum of N650million into the account of Tunji Adeniyi & co on the order of the former National Security Adviser, NSA, Sambo Dasuki.

Ibrahim informed the court that after crediting the account with the said sum, they received further instructions from Tunji Adeniyi & CO to transfer a total of about N647milllion to various beneficiaries including one Alhaji Garba Ahmed and Sanuha Investment.

She added that the balance of about N3million was left in the account at the end of the last transfer. According to her, the balance in the said account was around N200,000 before the deposit of the N650million was made.

Justice Dimgba, thereafter, adjourned to April 28, 2017 for continuation of trial.

Tahir, had earlier before the proceeding, filed and served an amended charge as well as additional proof of evidence.

Particulars of count 7 of the amended charge read:

“That you, Azibaola Robert, (M), being the Managing Director/Chief Executive Officer (MD/CEO) of ONE PLUS HOLDINGS NIG. LTD and ONE PLUS HOLDINGS NIG. LTD on or about 27th May, 2015 in Abuja know that the sum of N650,000,000 (Six Hundred and Fifty Million Naira ) only directly represented the proceeds of an unlawful activity of Col Mohammed Sambo Dasuki (Rtd), the then National Security Adviser, (to wit: Criminal Breach of Trust and Corruption) in respect of the said amount used the said fund for the purchase of Plot 2245, situated at Maitama Cadastral Zone No. A06 Measuring about 2,482 28sqm with File No. KN 10182, Abuja from one Nu’uman Barau DANBATTA represented by Tunji Adeniyi  & Co. (Estate Surveyors & Valuers) and you thereby committed an offence contrary to  Section 15 (20) (d) of the Money Laundering (Prohibition) Act, 2011 as amended in 2012 and punishable under Section 15(3) and (4) of the same Act.”