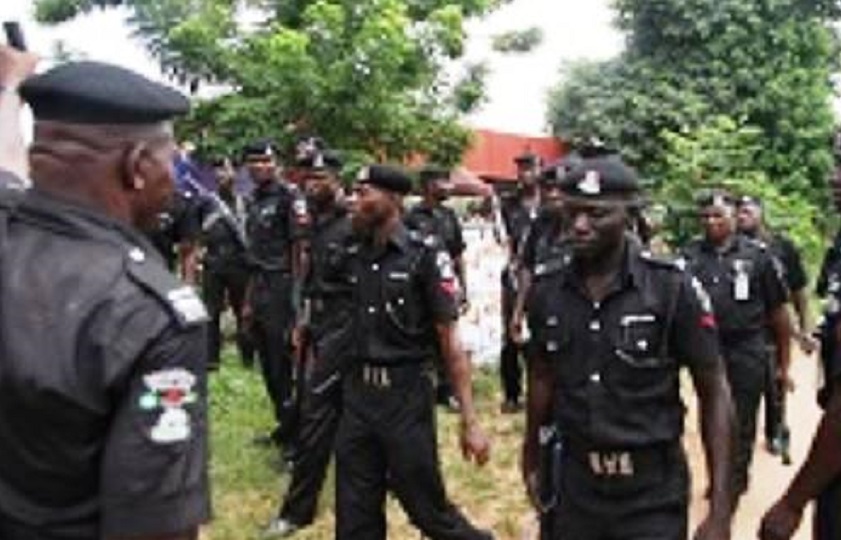 The Delta state police command, Asaba says it has arrested two members of a five man kidnapping gang that abducted the Divisional Police Officer in charge of ‘C’ Division, Asaba, SP. Valentine Mbalu and the driver and a London based brother-in-law and death of the mother-in-law to Okowa’s principal secretary, Mr. Hilary Ibegbulem during a gun duel.

The DPO was kidnapped on the 5th of March, by suspected Fulani herdsmen along the Agbor-Benin-Asaba expressway on his way to Asaba, while a driver and a London based brother-in-law to Okowa’s principal secretary were kidnapped by suspected Fulani herdsmen in February, along Agbor-Benin road in Edo state on their way to Lagos, an incident that claimed the lives of Hilary’s mother in-law and his orderly.

The police boss, Mr Ibrahim who made the disclosure while briefing some selected Journalists on Saturday in his office, said that, March 15, 2017, at about 14.30hrs, while acting on available intelligence, operatives of SAKCCS arrested two suspects namely, Suleiman Ibrahim a.k.a Carlos, 29 yrs, a native of Mayolope town, Adamawa State, at Aduwawa area of Benin City, Edo State and one Yusuf Hamisu of Eyan Benin City in connection to the kidnap of the DPO.

According to the CP, who dismissed media reports that the decomposed body of the kidnapped DPO has been found in a bush in Umunede, the command was yet to know the where about of the DPO, saying, though, the suspects confessed of belonging to a five man kidnap gang who abducted the DPO, whom the suspects said died in their custody the following day he was kidnapped as a result of his health challenges.

“From the confessional statement made by the two suspects arrested, the officer may be presumed dead. On further interrogation, the suspects also confessed to the kidnap of two civil servants attached to Delta State Government House. The suspects have also unveiled the identities of the gang leader and other members of the kidnap gang who operate between Edo, Kogi, Delta, Enugu and Anambra States.” the CP said.

247ureports.com reliably gathered that the suspects further confessed to killing of mother in-law to Okowa’s aide and his orderly as well as the kidnapping of his driver and London based brother-in-law, along Benin/Lagos by-pass in the month of February.

The number one police in the state, disclosed that about one hundred and seventy officers and men of the command have been deployed as a search party for the of the DPO or his corpse, adding that the Inspector General of Police (IGP), Ibrahim Idris has approved the deployment of three sniffer dogs to help locate where the officer is or buried.

The CP who also paraded a notorious kidnap kingpin terrorizing the people of Oghara and its environs including other kidnap suspects across the state, said as at this moment, the command is yet to lay hands on the corpse.

it would be recall that 247ureports.com had reported that ahead of the 2019 general elections, the Principal Secretary to the Delta State governor, Hilary Ibegbulem has led his mother-in-law to the slaughter to be used as sacrificial lamb for Senator (Dr) Ifeanyi Arthur Okowa, governor of Delta State.

Ibegbulem, who is Okowa’s Killer squad leader, is known for sharing blood of innocent victims for his employer, as fierce looking gunmen suspected to be Fulani herdsmen on Friday, February 3, 2017 killed the mother-in-law and orderly to the Principal Secretary.