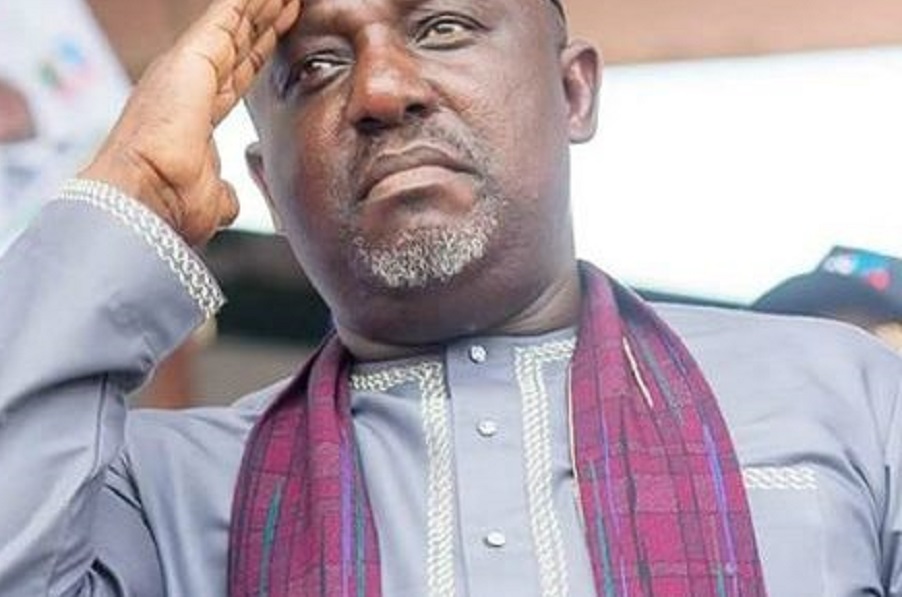 Part of the objective for this is to ensure even development in every state, and by extension, in the entire country.

But Imo is the state where this noble objective of even development has been soundly rejected – and defeated. How? There is a mantra held by Owerri that Orlu and Okigwe areas may be carved out from present Imo state to form the nucleus of a possible sixth state in the south east.

The aftermath is that in Imo state, it is rare to find any meaningful establishment of government outside the Imo state capital and its environs.

Development projects located by former state governors outside the Imo state capital are shut down and transferred to the state capital once the establishing governor left office. Two large campuses of Alvan Ikoku College of Education renovated with hundreds of millions of Naira in Orlu and Umuahia in the 1980s were shut down immediately after Mbakwe-led government which established them left office. Thereafter, students literally slept on top of the other for lack of space in the Owerri campus of the institution.

State libraries established in local government areas outside the state capital were shut down and materials transferred to Owerri, the Imo state capital immediately after the governor that established them left office.

All federal Housing allocations to Imo state were built in Owerri.

Contracts for urban roads and drainage system in towns outside the state capital were canceled once the governor that issued the contracts left office.

The five federal and state universities and polytechnics in Imo state are in the state capital and environs. Honest attempts by two previous governments to relocate the Imo state University from downtown Owerri to a quieter environment were stiffly resisted by indigenes of Owerri zone.

Except secondary schools, the only education institutions in Imo state outside the state capital are the School for the Deaf and Mentally slow Orlu, and the Imo state University Teaching Hospital, Orlu; as well as a College of Education in Okigwe district. Citizens of Imo state are constrained to troop to Owerri and often end up settling there for services that are usually decentralized at senatorial and local government area levels in other normal states.

In the process, two cities – Old Owerri, and New Owerri – surged in one senatorial district of Imo state since the state was created. The rest of Imo state remain rural or urban-glorified villages.

Okorocha has exacerbated the policy of Imo-One-City-State. To be easily noticed by the public as a working governor fit to become president of Nigeria, Okorocha built nearly all his development projects in the state capital after changing political party.

Last year, Imo state deputy governor, Eze Madumere told Vanguard news that Rochas Okorocha placed 75% of his government’s development projects in Owerri area. The governor seems to be proud of that figure as audio/visual documentaries from Government House on development projects are about Owerri.

Recently, Okorocha-led government struck on already frayed nerves when it set up a committee headed by Speaker, Imo state House of Assembly, Acho Ihim, to see how Imo State University Teaching Hospital (IMSUTH) Orlu, could be relocated to Owerri. Altruism was never behind the committee; behind the committee was a scheme to boost Okorocha’s private business empire. It was a quid pro quo strategy to trade IMSUTH with Owerri. It was aimed to calm Owerri to let Rochas Foundation a soft-landing in future to claim full ownership of one Eastern Palm University built in Okorocha’s hometown, Ogboko, Ideato South local government area. The university undergoing construction is still associated with Imo state government. While receiving license for Eastern Palm University, Okorocha told the National Universities Commission that the university was “my 12 years’ dream come true.”

Before now, IMSUTH has thrived in Orlu, has produced medics who have excelled and were acknowledged in their various employment positions. This leadership of Imo state government cannot feign ignorance of the fact that if a hospital is managed well, patients from far and near, even from abroad, go to wherever the hospital is located. Okorocha knows that in Owerri, there are: the federal Medical Centre, the Imo specialist Hospital, the various diagnostic centers established by Okorocha government; above all, the Federal University of Technology Owerri is preparing to establish a University Teaching Hospital in Owerri.

Prior to setting up his IMSUTH relocation committee, Okorocha assembled some local chieftains from Orlu under his government’s payroll, he read them the riot act that IMSUTH was not profitable in Orlu and had to be taken to Owerri. The chieftains had no choice. They could not even ask Okorocha how his government sustained its free education policy, as well as how the government sustained the other state tertiary institutions, and why IMSUTH should be made the scapegoat.

Since 2012, as roads leading to and around the Imo state University Teaching Hospital Orlu started to wear away, Okorocha-led government refused to rehabilitate the roads. Sustained pleas from stake holders and series of students’ appeals and protests before the governor to make the road to IMSUTH motorable fell on deaf ears; thus, in the last five years, only a most-determined patient or client would venture into visiting the IMSUTH.

As teaching hospitals around the world researched, some, to rewrite the genome of fetuses to foreclose certain diseases before birth, diesel was not provided to power the generators of IMSUTH when public power supply went off. At night, darkness enveloped the hospital; but at the same time, Okorocha government increasingly lighted up the streets of the Imo state capital at night, up to the areas where no body lived;

As provision for renewal of accreditation of some medical courses in IMSUTH was denied by Okorocha-led government, the government established many ultramodern medical diagnostic centres in the state capital.

Staff salary was delayed for months to frustrate medics to leave IMSUTH.

When the relocation committee was constituted, many of the committee members were stunned. Queries from well-meaning people, including indigenes of Owerri ranged from for what, why, and to how? There are laws establishing the teaching hospital. From Orlu, the outrage and citizens’ intents if “Emperor” Okorocha relocates the teaching hospital are better not put in print.

Significantly, in a 2011 video at the inception of his guber campaign in a Town hall meeting with people from Orlu senatorial district, Okorocha scolded former leaders of Imo state for not allowing government development infrastructures in Orlu; he said, if not for the Imo state University Teaching Hospital established by former governor Achike Udenwa in Orlu, the zone was left with nothing. During the 2011 guber contest, Rochas Okorocha scored the highest number of votes in Orlu Urban local govt area, far more than in any of the other 26 local government areas in Imo state.

Well-meaning citizens of Imo state shall no longer accept the trend.

Every government of Imo state is morally and constitutionally obliged to spread its development projects to all the 27 local government areas of the state.

Gov. Okorocha has overdramatized his Imo-One-City-Only policy which has led to a tiny portion of Imo state – the two cities of Owerri – gulp the development funds of the state.

If governance in Imo state continues this way, before long, the Imo state capital shall become a junk city from overcrowding and social vices, while rest of Nigeria leaves the abandoned larger portion of Imo state behind.

Gov. Okorocha has about two years left to redeem his campaign promise of even development for all of Imo state.