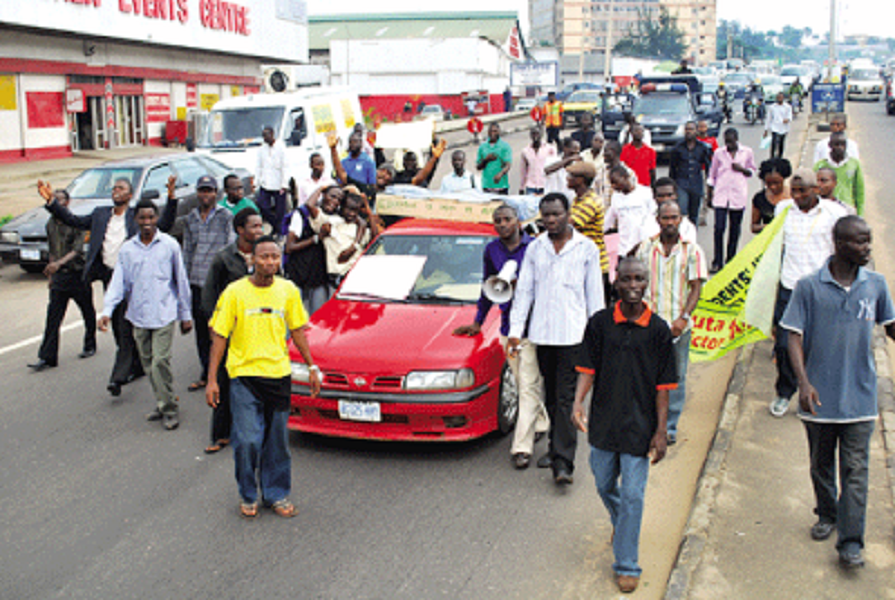 Advertisement
The National Association of Nigerian Students (NANS), has set aside three days of prayers for the quick recovery and early return to Nigeria of President Muhammadu Buhari.
Nigerian students would within the three days starting from Wednesday February 8, 2017 join other patriotic citizens to intercede on behalf of the President, who has been on extended medical vacation in the United Kingdom.
As leaders of tomorrow and champions of a better Nigeria, we should not be left out in the national call for prayers for the President, especially now that his presence is direly needed for the country to navigate its way out of economic recession and political despair.
We therefore enjoin every student in Nigeria’s tertiary institution to join their hearts in prayer to God to heal our President, because we believe that the prayers of 40 million Nigerian students would bring quick recovery and rejuvenation of President Buhari.
It is our belief also that the early return of Mr. President to the country after he must have well rested would increase the tempo of the anti-corruption battle which is the cornerstone of his mandate.
As NANS has elected to take up the challenge of whistle blowing to assist in the fight against institutional and official corruption, our hearts go out to God in prayer for the captain of the anti-corruption armada, President Muhammadu Buhari.
We expect that when the President returns, the battle against graft would get into full throttle and branch in academic institutions where the cancer has eaten deep, threatening the destiny of millions of Nigerian students.
Christian and Muslim students are expected to round off the prayers during the Friday Jumat prayers and Sunday services nationwide.
Comr. Chinonso Obasi GCNS
President, NANS