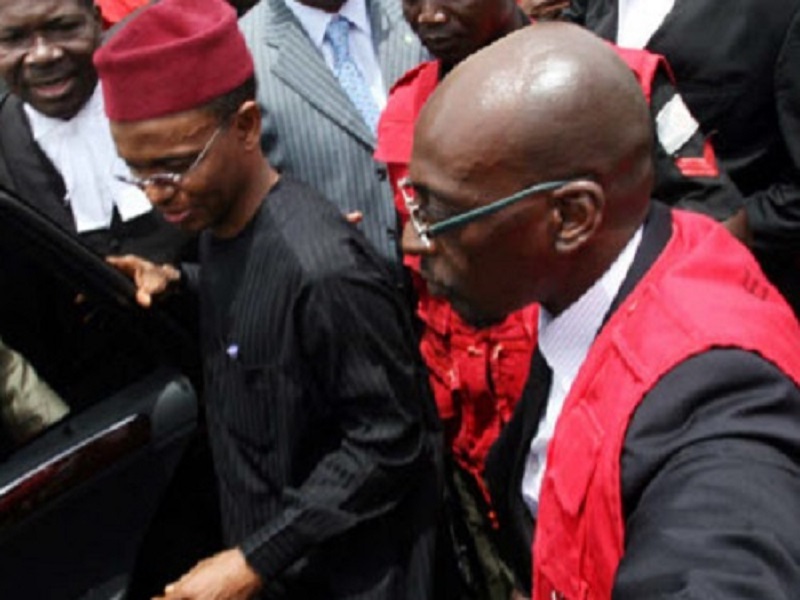 About ten years after leaving office as Minister of Federal Capital Territory, FCT, the Senate FCT  Committee probed which compelled Nasir El-Rufai to refund N32 billion allegedly missing from proceed in the sale of Federal government houses, which was not implemented, has been brought to front burner.

The recommendations of the Senate Committee on FCT which probed the affairs of the ministry of FCT administration under El-Rufai alleged that the minister sold most of the government houses to himself, his cronies and made to sign 100 certificate of occupants on eve of his departure from office.

The statement which is contained in the Power Steering Magazine of March 2017 edition is titled “FCT probe: Senate Panel Wants El-Rufai to refund N32 bn”.

The Committee, according to the  PowerSteeriing page 35, column 4, also recommended that one of the guest  house of former Vice president Atiku Abubakar, bought by el-Rufai, be retrieved from him for abusing the office by his actions.

It stated that” the recommendations were contained in the interim report of the committee which probed the FCT administration between 1999-2007.

The then Senate Committee chairman Abubakar Sodangi had presented the report to Senate on July 10th, 2008 but was not debated before the chamber went on recess.

The recommendations which  had branded el-Rufai as unfit for public offiec reads in parts: All officers who disobeyed or ordered the disobedience of of court orders should be proscuted by Attorney General of the Federation.

“Also on the sale of Federal government houses, the total receipt is N96. 7 billion and deductions were N32. 2billion.

“The balance was given as N62. 19 billion. The bank statements show only N2.7billion, leaving a balance of only N32 uncounted for despite all demands from him Elrufai and officers.

“After assessing the activities of Nasir Elrufai in his duties as Minister of FCT, we came to inevitable conclusion that he should account for all funds collected by the ad-hoc bodies he raised during his tenure , namely Abuja  geographical information system, AGIS, committee on sale of government house  in FCT, satellite town development Agency, Abuja investment and property company among others.

“The house (elrufai) obtained for himself were he signed as lessor and lessee be revoked as a person cannot sell items to himself .

“Elrufai is not fit and proper person to hold office in a democratic set up”, it added.

It also stressed that four years ago the house of representatives had also barred Elrufai from holding any public office for life over his role in the contract to Pentascope to manage Nitel, following the adoption of the recommendations of its committee on communications which held public hearing on the alleged fraud in the selection of a management contractors, the manner in which pentascope emerged, as well as the loss of over N100 billion by Nitel in the process.

The house, it stated,  unanimously agreed with the committee that Elrufai “acted in subterfuge and in perpetuating executive rascality, he positioned the pentascope to squander over N100 billion of tax payers money, and as such should not go unpunished”.

Committee outcome also barred former board chairman Nitel Vincent Maduka, Bernard verr and S. Osiungo from holding public office for life, and in which Elrufai was DG BPE when the Contract was awarded.

The question on the lips of many spirited Nigerians consistently that has not been answered is whether or not President Muhammadu Buhari will agree to probe the $252 Sale of Nitel with El-Rufai’s involvement.

El-Rufai had in August 2013, urged him to retire from partisan politics, described Buhari as too old and has nothing to offer Nigeria anymore