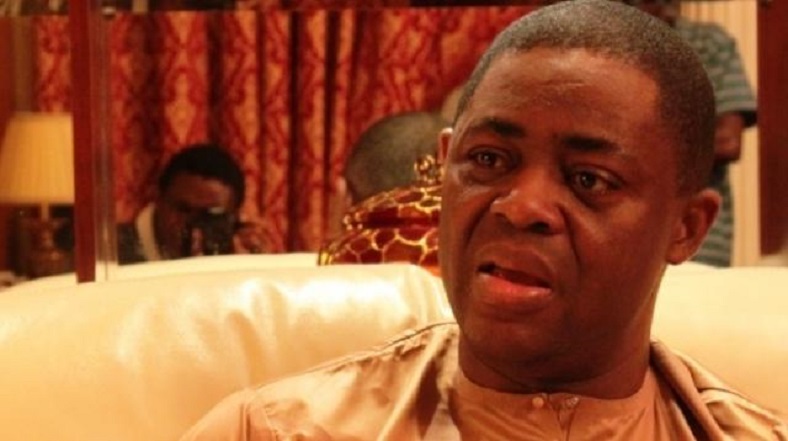 We read the disgusting reaction of Mr. Femi Fani-Kayode to phone
conversations between President Muhammadu Buhari and President Donald
John Trump of the United States of America today.

In the said reaction, Mr. Fani-Kayode alleged that President Buhari is
a ‘killer of christians’ and supporter of herdmen which he called
‘Fulani-Terrorists’.

We are using this medium to tell President Trump and the world that
President Buhari is neither a killer of christians nor supporter of
herdsmen, but a lover of christians and muslems alike as well as the
defender of all Nigerians and their territory as seen in the
decimation of Boko Haram terrorists and the rescuing of 24 Chibok
girls which President Trump testified during their phone
conversations.

It is however incongruous that while Nigerians are looking up to new
level of bilateral relationships between Nigeria and the United States
under President Trump, inglorious elements like Fani-Kayode are busy
fanning their familiar embers of discords and acrimony.

If we may ask, when did Fani-Kayode started recognising his Christian
beliefs and has suddenly become a midnight christian activist when his
alleged financial scams on whose account he is being tried in our
courts have denied millions of Christians their daily breads and
access to better life?

To Fani-Kayode and other leeches who allegedly plundered our
patrimonial wealths but are busy trying to create escape routes by
whipping up religious and ethnic sentiments so that the country would
be enmeshed in crisis, we say to them sorry, because Nigerians cannot
be hoodwinked.