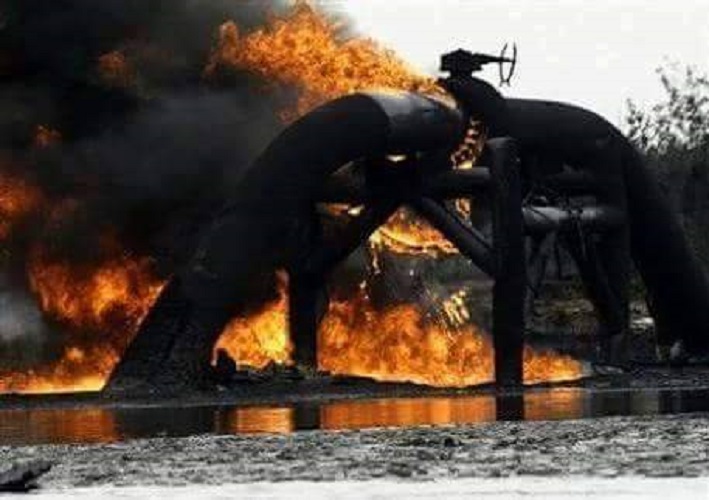 “We have been silent all along, not because we are out of plans or because we have converted the struggle to a business venture and collected any pecuniary inducement, far from it”, the Niger Delta Greenland Justice Mandate has said.

The militant group said,it has been following as events unfolds and would respond in due course, “As a matter of fact, we have been following events, monitoring developments and designing possible lines of action for the incoming year”.

“We have remained quiet all along for strategic reasons and to clear any doubt that either the government or their partners in crimes; the oil multinationals, might have, we have kept quiet because we know that the Forcados Terminal (FOT) has been brought down by our comrades in the struggle in the creeks axis, the Avengers, thus no much activity on the line. We also know that the TFP has been repaired, but yet to come on stream, we also know of the divestment of operations by federal government to a new investor in some of the assets. We know all these and this is one reason we have been calm. We are watching developments and we are assuring that we shall move soon enough to make new and more daring statements”.

This was signed by the group’s spokesperson General Aldo Agbalaja, stressing that, “For once, the Niger Delta Greenland Justice Mandate will like to commend the boldness of the federal government to face reality and say the truth. Now this government is coming to terms with our warning that the so-called PANDEF and its leaders are the same crop of people who have used our region, land and people as their exchange currency over the years, thereby deepening our problems and feathering their own nests. They do not represent our people or our collective interest, but their personal greed. Like we said before, we have been on the task of identifying, studying and suggesting a new set of sincere, grassroots leaders, who will be selfless in fighting the course of our people sincerely and diligently. We are almost done compiling this list”.

According to the group, “We also wish to mention that some respected leaders of our area have been mounting pressure on us to let down our sword. We have been consistent though, we have given our conditions from the beginning, none of which either the government or their allies in the rape of our land have given a consideration. The only benefit of doubt we have given these people approaching us is keeping calm all along, even as we observe the several activities of the oil companies, including all the repairs done so far and the divestment exercise as well as government’s military activities in our area. However, we shall like to warn that this quiet session will end with 2016; you all should be ready for what is coming in a moment”.