..Sets Up Panel To Probe DSS Growing Culture Of Abuse Of Human Right,Disobedience To Court Order And Illegal Detention.

The House of Representative has unanimously adopted a motion of urgent national importance on the urgent need to check cases of persistent human right abuses and acts of impunity by the DSS  and other security agencies.

The House of Reps condemned the DSS invasion of the Office of the Aide to the Senate President and Youth Council President describing the Act as undemocratic and barbaric.

The also condemned the DSS disruption of the December 22 planned peaceful protest by some activist operating under the name of Lawyers in defence of democracy and Citizens for Good Governance.

The also condemned the arrest and detention of the activist numbering over four for over one month now in detention without prosecution if they indeed committed any offence for planning to exercise the right as citizens to protest. 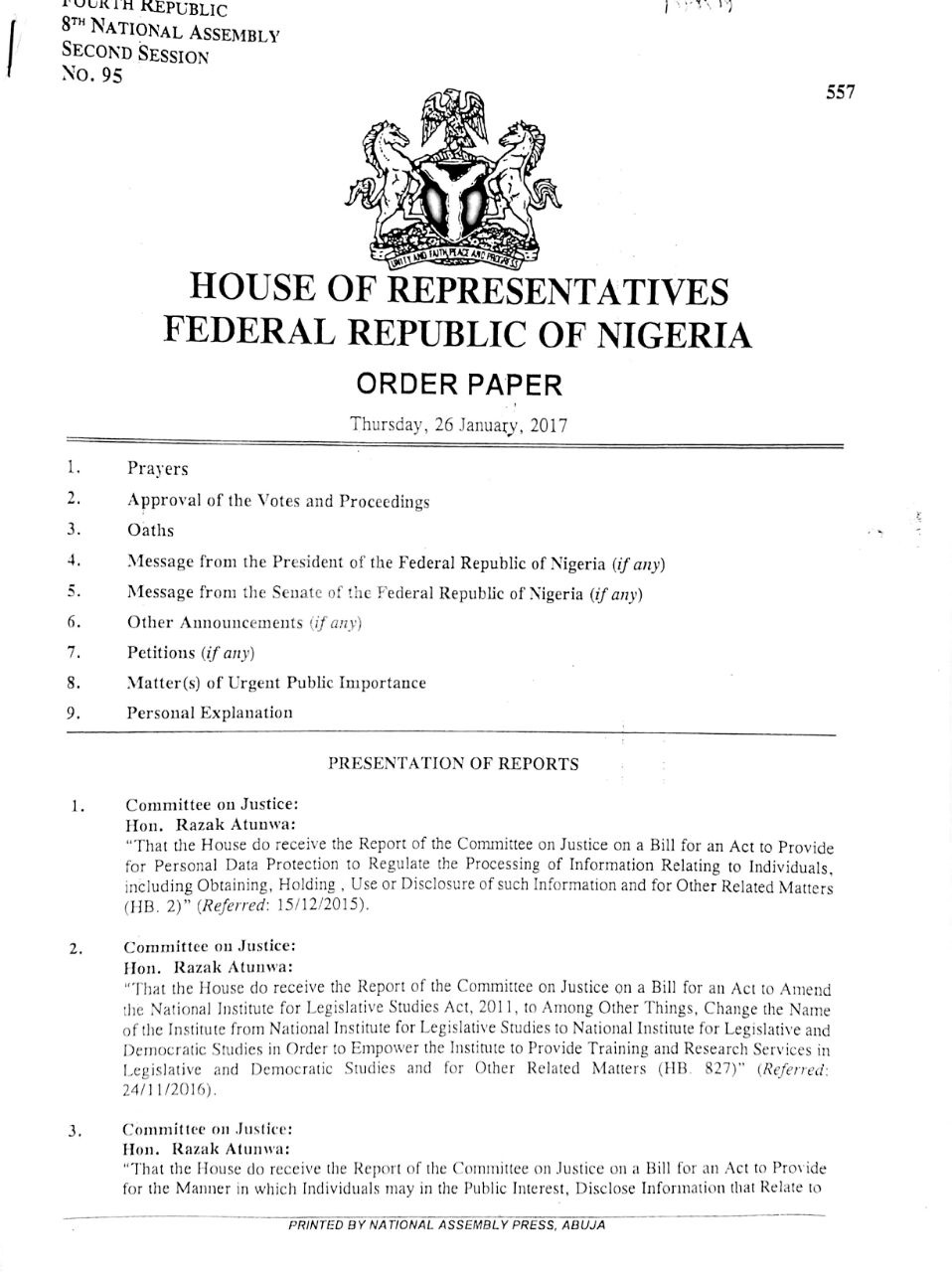 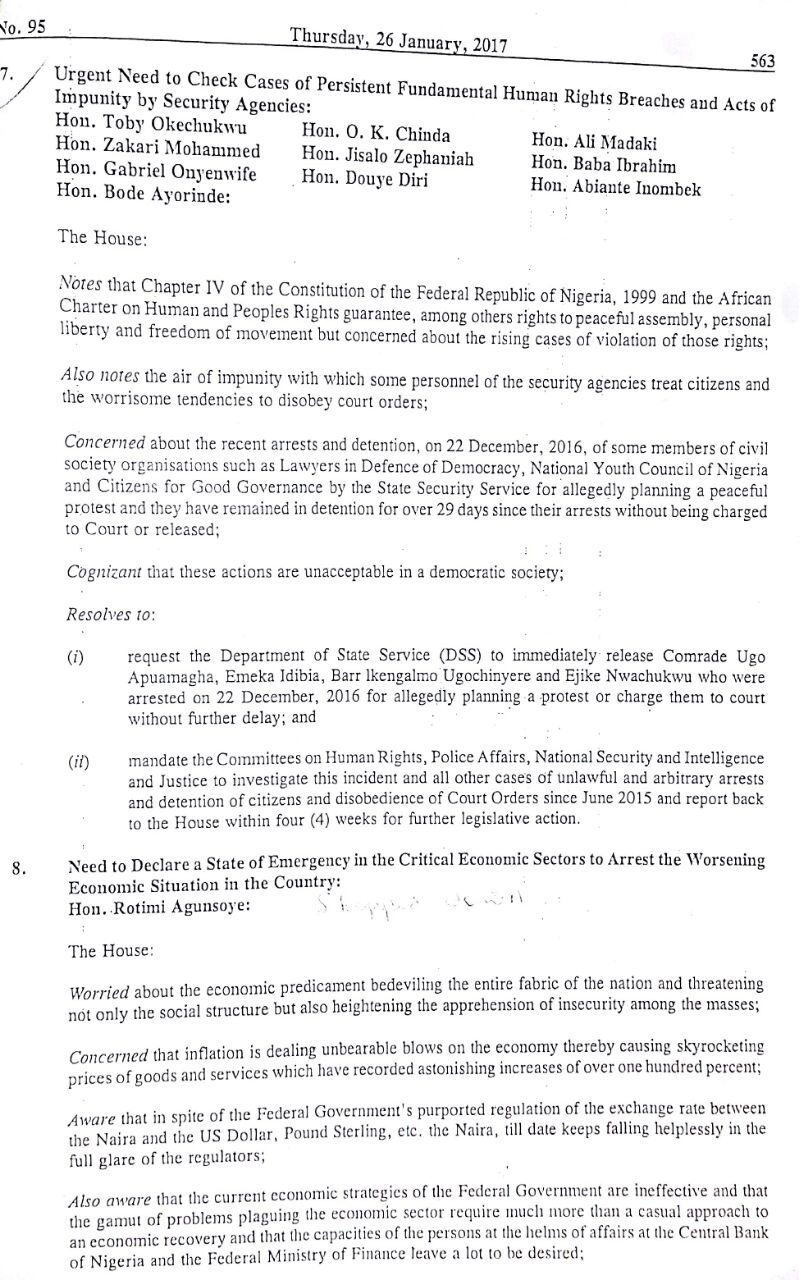 The House unanimously came to a resolution ordering  the dss to immediately release the detained four activist namely COMRADE UGO APUMAGHA, EMEKA DIBIA, EJIKE NWACHUKWU AND IKENGA IMO UGOCHINYERE SARAKI SNR AIDE AND PRESIDENT OF YOUTH COUNCIL who have been in dss detention since December 22,2016.

The also set up a powerful joint committee probe of the dss to be conducted jointly by the committee on Human right, Police, National security and Justice to investigate the incident of the attack on the lawyers in defence of democracy, attack on Ikenga and all other  cases of disobedience of  court orders and illegal detentions since June 2015 and report back to the house within four weeks.