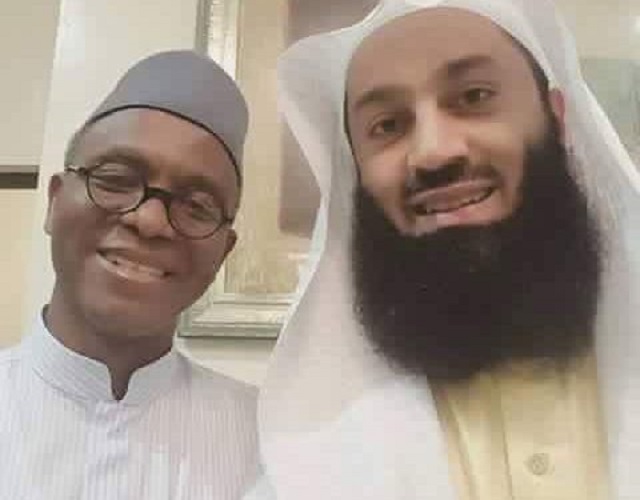 In the first week of December 2016, Nigeria media space was decorated  with headlines of the news that Governor Nasir Ahmed el-Rufa’i of Kaduna State admitted identifying, linking and compensating  killers of Southern Kaduna people in neighbouring countries of Niger, Cameroon, Chad, Mali and Senegal.

The Vanguard of 3rd December 2016  reported Mr. el-Rufa’i stating: “We took certain steps. We got a group of people that were going round trying to trace some of these people in Cameroon, Niger republic and so on to tell them that there is a new governor who is Fulani like them and has no problem paying compensations for lives lost and he is begging them to stop killing”. Mr. El-rufa’i stretched further by piquing:”In most of the communities, once that appeal was made to them, they said they have forgiven.There are one or two that asked for monetary compensation. They said they have forgiven the death of human beings, but want compensation for cattle. We said no problem, and we paid some” .

Reinforcing his earlier position, just before Christmas on 21st December of 2016 while addressing some pressmen after his altercation with nude women protesters in Southern Kaduna he reassured his willingness to soldier-on with his controversial and illegal scheme of paying foreign killers. To demonstrate his never say die intentions, he said, he can surrender the entire state treasury in his infamous project of compensating a genocidal cream executing their well orchestrated crime against humanity in Southern Kaduna.

On realizing that they goofed, Mr. El-rufa’i’s dull-headed and baby propagandist fruitlessly attempted some damage control by postulating that he was misquoted and his scandalous statement taken out of context. Their effort couldn’t quench the storm of criticism by individuals and groups. Some newspapers hemmed highly critical editorials that condemned Mr. El-rufa’i’s fraternity with foreign lives terminators and arsonists. One of such commentaries was Sam Omatseyeon’s weekly column “The Herdsman Of The Year” published in 2nd January,2017. Mr. Omotseyein’s take was sharp like ala surgical blade. People like Fani Fani -Kayode an outspoken evangelical  Christian and former Minister of Aviation also scripted  a series of articles  that gave a novel inside of what is happening.

Mr. El-rufa’i asserted  that his action was guided by Gen. Martins Agwai’s report of the committee to stamp out attacks on Southern Kaduna communities set up on 1st July 2015 and submitted its report in August of 2015. The governor of Kaduna State is dwelling on a statement in page 20 item number 3 which said “…..even though though transhumance Fulani from the neighbouring countries of Chad,Niger,and Cameroon, as well as Senegal and Mali engage in killings because they were caught in the April Post-Presidential election crisis in 2011, they also carry out unprovoked attacks on villages and engage in armed robbery”. That sharply contradicted what Mr. El-rufa’i told his viewers on Sunrise Daily of Channels TV of 6th April 2016. In that chat, he claimed that over 800 people were killed in 2011 Post Election crisis and most of the killings took place in Southern Kaduna. That was the day he commenced his inglorious journey of creating a phantom history of an annual horizontal and vertical movement of Fulanis from many neighbouring countries. That the 2011 crisis caught up with them in Southern Kaduna and many of them lost cattle and relatives. This is an unintelligent attempt to create event  that no history book has. Apart from studying history up to the university level,i have been living for my  entire life in Southern Kaduna. And i have never seen such a massive movement in my entire life.

Before Gen. Agwai’s committee Sir Patrick Ibrahim Yakowa constituted a peace and reconciliation committee that submitted its report in January of 2013. The 114 page document had no record holding that the crisis caught up with foreign Fulanis on transit. While the committee was at work, victims appeared with their claims of  loss lives and properties destroyed. This dept of work wasn’t exhibited in Gen. Agwai’s committee. One is till searching for the reason why the Governor is only accepting unfounded statements in Agwai’s report as against a more serious and thorough work done by the Yakowa’s committee. There is more than meet the eye in his disposition on this matter.

The Gen.Agwai committee is one reason for compensating his genocidal gang, the other was unveiled on 21st December 2016 night while addressing the press in Kaduna. The compensator of killers of Southern Kaduna said; compensation is concomitant in Islam and Christianity.The statements added another reason that triggered his illegal and immoral scheme. The pertinent question here is; are we practicing a democratic federal system  or a mixed Christo-Islamic theocracy in Nigeria? Lest we forget, the two religions cited are only in the majority but there are animist- especially in areas the genocide is glowing. He failed to tell us  animists position in such and allied instances.

People have enumerated threats this action posed and immoralities  attached,but  little emphasis was devoted to understanding the looming danger of a lower layer of authority dabbling into areas set aside for the upper tier under our 1999 constitution( as amended).Mr. El-rufa’i’s linking and talking with foreigners in their countries is a foreign policy action, and the country’s 1999 constitution placed foreign policy  on exclusive list.Now, what will be the fate of Nigeria federalism when affiliating clusters dabbled into functions  constitutionally assigned to the uppermost tier of authority? His action is tantamount to a coup detet or felony that must not be accommodated because of its  long and short term repercussions . Criminalities concomitant with his actions were multifaceted because they involved trans-borders movement of un-recorded and un-appropriated cash- which is a financial crime.

At the height of the heat, Centrum Initiative For Development And Fundamental Rights Advocacy (CEDRA) drew the attention of President Mahammadu Buhari on this unnecessary misadventure by Mr. El-rufa’i and called for a full investigation of his action. So far, the federal government’s end is quiet like the Western Front. Reason for their muteness and shameless cold feet  are not far fetched, they borders political party fraternity ,ethnicity, and other mundane variables. Some of us are flabbergasted by the federal government’s disposition despite their puritanical and pontificative stance against corruption and other unethical behaviours by men in power. The adage that said if you want to know the true character of man give him power comes to play in this case.

Since the federal government consciously chose not to see nor hear this unprecedented criminality,it’s instructive for our honourable members of House of Representatives and distinguished senators of the Federal Republic of Nigeria  to investigate this matter. Their delving into this matter will forestall further constitutional transgressions by either El-Rufa’i or any other overzealous governor from performing functions of placed under exclusive list of Nigeria Constitution. Failure to act will be catastrophic because pretty soon some of them will start opening foreign missions and issuing visas to nationals of other countries.

We are quite aware that Mr. El-Rufa’i presently has immunity. But that shouldn’t deter investigations because his immunity will expire on 29th May 2019. Let the findings be keep in view pending when it will be legal to arrest and prosecute him for felony.