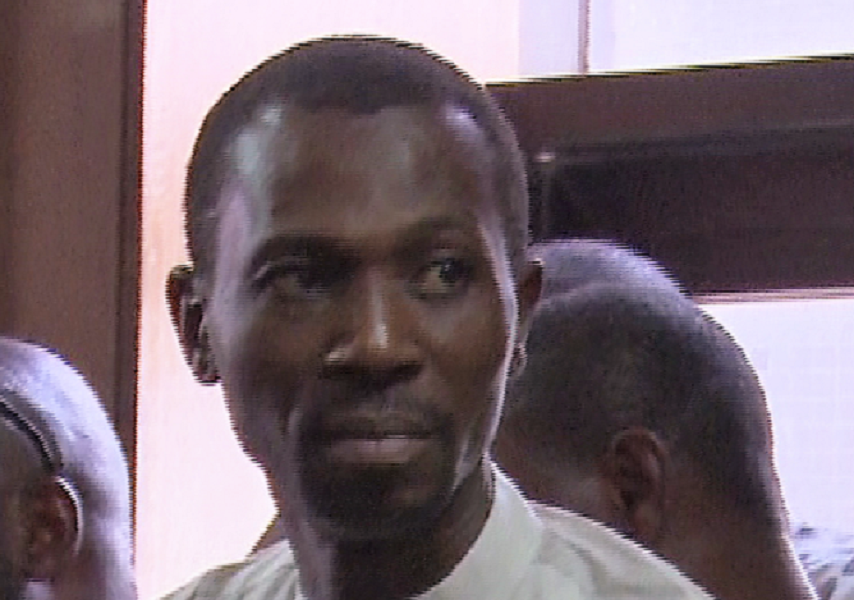 Advertisement
The Economic and Financial Crimes Commission, EFCC on Tuesday, January 24, 2016 arraigned a former Director-General of the National Broadcasting Commission, NBC, Emeka Mba alongside three others before Justice Gabriel Kolawole of the Federal High Court sitting in Maitama, Abuja on a 15-count charge of money laundering and procurement fraud to the tune of N2.8billion.
Mba was arraigned alongside a former director of finance, NBC, Patrick Areh; Basil Udotai (trading in the name and style of Technology Adviser) and Babatunji Amure (trading in name and style of Divine Partners).
They were alleged to have at various times connived and transferred a sum of N2,899,723,500 from the account of NBC through various proxies for their personal gains.
Mba was also alleged to have used his office as NBC DG to award contracts without following due procurement process.
Shortly before the defendants took their plea, counsel to the fourth defendant, E. C Ami asked the court for a short adjournment to enable him respond to the counter affidavit filed to the by the prosecution.
“My Lord we filed a bail application since 25th of December and we were just served with a weighty response, therefore we urge the court to give us a short adjournment to enable us reply”, Ami urged.
Responding, counsel to EFCC, Ben S. Ikani said that the defence should rather be concerned with the court granting the defendants bail on such conditions that will enable them attend trial.
Justice Kolawole after listening to both counsel, said that there is no need to speculate on the court proceedings since the judicial process requires the defendants to take their plea before there can be hearing on bail application. He therefore ordered that the charges be read to the defendants for them to enter their plea.
One of the counts reads:
“That you, Emeka Mba (while being the Director-General of the National Broadcasting Commission), Patrick Areh (while being the Director, Finance and Account of the National Broadcasting Commission), Basil Udotai (trading in the name and style of Technology Advisors) and Babatunji Amure (trading in the name and style of Divine Partners) on or about the 15th day of August, 2015 in Abuja within the jurisdiction of this Honourable Court conspired amongst yourselves to commit an illegal act to wit: laundering the sum of N2,899,723,500.00 (two billion, eight hundred and ninety nine million, seven hundred and twenty three thousand, five hundred Naira) and thereby committed an offence contrary to Section 18(a) of the Money Laundering (Prohibition) Act, 2011 (as amended) and punishable under Section 15 (3) of the same Act”.
The defendants pleaded not guilty when the charges were read to them.
In view of their pleas, Ikani expressed readiness to commence trial immediately.
Mba’s counsel, S. I. Ahmed, moved a motion for bail of his client, but could not go far when the judge suggested that rather than wasting the time of the court on arguments, counsel to all parties should take an hour break to go agree on terms of the bail.
At the resumed sitting after the break, the parties agreed that the defendants should continue with the administrative bail earlier granted them by the EFCC.
However, Ikani noted that the conditions of the administrative bail had no monetary consequences attached to it, and said the sureties might not have anything to lose in the event of the defendants jumping bail. He urged the court to add a sum to protect the interest of the prosecution in the event the accused jump bail.
Justice Kolawole, thereafter ruled that the defendants should continue on the earlier bail terms adding a sum of N50million against each defendant. The defendants are to produce one surety each, who must have landed property anywhere in Nigeria. Their international passports which they earlier submitted to the EFCC should be transferred to the court. He ordered that the condition given must be met within 14 days failure of which the defendants would be remanded in prison custody.
The matter has been adjourned to February 28, 2016 for commencement of trial.