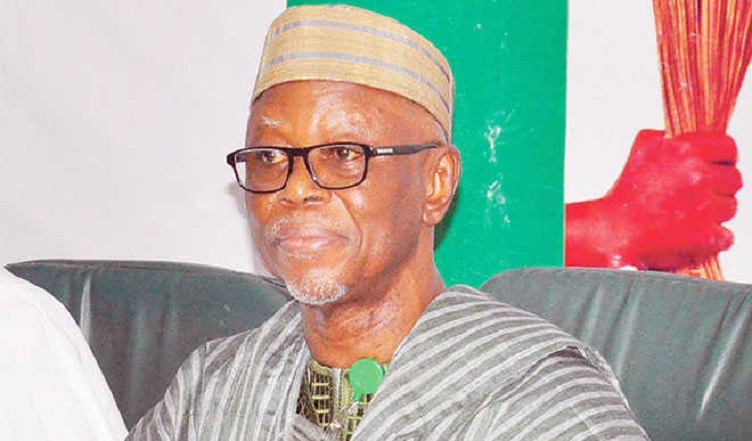 Deputy National Publicity Secretary of All Progressives Congress (APC) Comrade Timi Frank, has described as reckless comments attributed to his National Chairman Chief John Odigie-Oyegun, about yet to be formed Mega Party, saying “such arrogant words from leader of a ruling party may anger Nigerians against the President.”

Chief Oyegun had said in an interview in Benin that his party, APC, is not threatened by proposed Mega Party, even as the National Chairman encouraged the brains behind the move to go ahead with the proposed party so as to create a formidable opposition to the ruling APC.

But Frank reminded Oyegun of how Chief Bamanga Tukur led People Democratic Party (PDP) refused to pacify the aggrieved members but went ahead boasting that the party will rule Nigeria for sixty years, “where is the party today?” he asked.

In a statement Timi Frank signed in Abuja on Wednesday, he said instead of Chief Oyegun to embark on a geniue reconciliation of aggrieved APC members, “he is busy talking what can divide APC leadership the more.”

He said Chief Oyegun should stop deceiving Nigerianson on the claim that he has met with some National leaders of APC against the move.

“I can say this emphatically that my National Chairman did not meet with any of the aggrieved national leaders of APC,” he said, asking Chief Oyegun to tell Nigerians when and where the meeting took place?

“I think as a party we should not undermine the strength of this much talked about Mega Party, whether it is a rumour or not.  I think we should do everything possible to defeat the move through genuie reconciliation within us.

“We must remember that this is how PDP took APC for granted during formation stage, and the likes of Bamanga Tukur were busy saying “no vacancy at Villa, PDP will rule for 60 years” but where are they today?

“So, our National Chairman should learn to reconcile aggrieved members instead of offending them the more. It has shown today that even ruling party could lose election, so we should stop talking arrogantly because we are in power.”

He, however, urged the National Chairman to start doing everything possible and ensure support to President Muhammadu Buhari on how the country will be rescued from the current economic recession and hunger in the land.