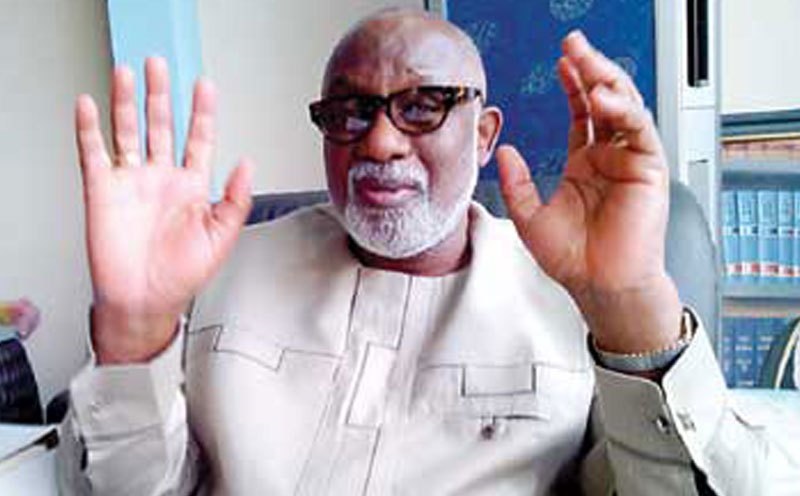 Rotimi Akeredolu,  the Ondo state governor-elect has said that his total loyalty in the party is for the National Chairman John Oyegun alone, even as just the chairman told Akeredolu to pay workers salaries promptly and bring back hope into the live of Ondo citizens.

Oyegun maintained that Akeredolu ‘s victory was a manifestation of the trust of APC which tries to institute free and fair election and protection of the electorate at all times.

Oyegun stated this when he received the Ondo State governor elect, Rotimi Akeredolu who  came to the party’s National Secretariat to should him  his certificate of return.

Chief Oyegun told the governor-elect to immediately ensure payment of worker’s salary as soon as he takes over.

“People who work must deserve their pay and I hope that would be your first priority.”

Speaking on the controversial primary that led to Akeredolu emergence, Oyegun declared that “the entire process that led to him being our candidate happened before the camera. He was able to convinced the APC that he was the right candidate as well as the people of Ondo state.”

Also innaugurating the Committee on Rivers Rerun election chaired by Governor Ganduje of Kano State Oyegun challenged them to ensure victory for the party in the  3 senatorial district, 8 House of Representatives and 16 State House of Assembly outstanding election.

Akeredolu in his response  promised that he will ensure that the APC win next governorship election in Ekiti state.

“I owe you my national chairman a lot. You have done well.

The Chairman of the Committee and Kano state governor Dr. Umar Ganduje, told Oyegun that his team will consult widely with the party leaders in the state,  adding that because of the lack of time he will work 24 hour to ensure Victory for the APC.