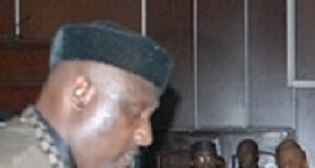 Presenting the budget on Friday, December 23, 2016, Governor Okorocha disclosed that, Capital Expenditure has N77,413, 2016, 169 or 59.03% while recurrent expenditure has N53,729,938,108 or 40.97%, adding that “the 2017 budget proposal will seek to stimulate the economy by focusing on infrastructural development delivering inclusive growth, creating good environment for industry, commerce, tourism and investment”.

Under capital expenditure, Agriculture and environment has N6.4b, while works and transport has the lion share of N31.5b, whereas under recurrent expenditure, subvention cost and consolidated revenue fund charges, have N15.3b each. Education and health sectors have N4.5b and N1.8b respectively.

The government also expects N19.9b from internally generated revenue and N22.1b from statutory allocation, while N8.7b and N3b are expected from Value Added Tax and 13% Derivation fund.

The governor had told his audience “the 2017 budget holds a bright future for our people. We will continue to stand on our well articulated development strategy and deploy resources in a more prudent efficient and effective manner”.

On the 2016 budget the governor stated “the 2016 budget anchored on the Rescue Mission Agenda of the present administration whose cardinal objective is to Rescue Imo State from the shackles of poverty, bondage, deprivation and unemployment, and place it on the path of sustainable economic growth, industrialization, creation of wealth, by God’s grace, recorded major successes”.