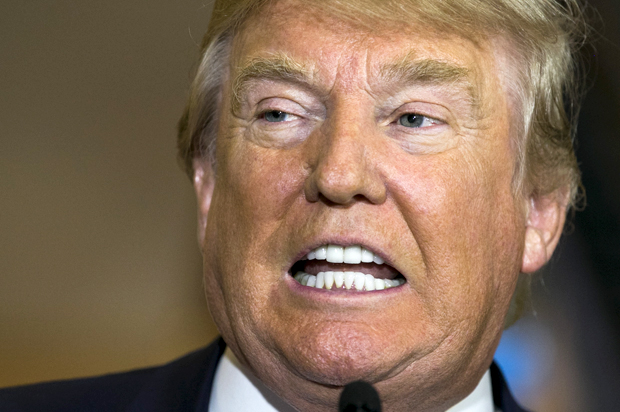 “Democracy is tricky; it sometimes ends up as a parody of itself.  When the people clamour for change, they can vote with their hearts, and prove impervious to plain sight reason, and overlook likely pitfalls.  We can only hope that Donald Trump does not become the symbol of the change that Americans are seeking. That would be sad indeed for the free world.”  – Reuben Abati,  “Anything Can Happen in America”, The Guardian, March 6, 2016.

Earlier this year, I had written a piece titled “Anything Can Happen In America”, from which the quote above is excerpted, but I had virtually no idea that the outcome of the 2016 Presidential election could be so shocking, unthinkable and unbelievable. I was like the pollsters, the cultural activists, the Nobel Laureates, the American media establishment and the global community, minus Russia and Vladimir Putin, a Clintonite. I stood with her. When the unthinkable happened on Tuesday, and Americans chose as their 45th President, Donald John Trump, the real estate developer, reality television celebrity, a complete outsider who stumbled on politics and turned it into a celebrity show, I could only ask: how did it happen?

The triumph of Trumpism, a byword for incorrect conduct, misogyny, hate, racism, nativism, isolationism, anger, and defiance is sad news for the world. It is an assault on the ideals of American democracy. Trump’s triumph has left America more divided than it was a week ago, and the prospects of that nation rescuing itself from the tragic mistake it seems to have made may take long in coming. The same country that champions it the most has exposed the underbelly of democracy, that beloved option for global leadership, ironically.

Democracy is said to be driven by the values of good rather than evil, of humanity as opposed to inhumanity, individual freedom and rights rather than oppression, inclusion as different from exclusion but the same model of governance hands over power to the majority. As we have seen, the majority may not necessarily represent the will of all the people, or even the real majority, it is the choice that is made by the voting majority or as determined by the guiding rules as in the case of the United States: and no matter how stupid, illogical or unreasonable that choice may be, it is taken as the voice of the people and it is binding. This dictatorship of the determined majority has nothing to do with popular opinion or goodwill, but the actual choice that is made according to the guiding rules of the game.

Democracy, relying on the strength of numbers and local rules has fed many countries with statistically right but logically wrong outcomes.  The outcome in the United States this week is completely confusing.  And that explains why there have been protests across America by those chanting “notmypresident” to express their dismay over Trump’s surprise win. This is the first time in a long while that the outcome of an American Presidential election will leave the entire country so tragically divided the morning after. Even the international community is in shock. Trump’s triumph is a threat to the liberal standards on which the global order is anchored.  Hillary Clinton in her concession speech said her defeat is “painful and it will be for a long time.” Not necessarily for her but for America and the rest of the world.  The deepest cut is in America’s heart; the wound that has been inflicted therein by Americans themselves will be felt for a long time to come.

This year’s American general election should inspire a deeper interrogation into the nature of democracy and its many pitfalls. The people of the United States had a plain choice between good and bad alternatives. More than any other American Presidential candidate in this election, Hillary Clinton got the most impactful endorsements, yet she did not win. If the rest of the world had been asked to vote, she would have won by a landslide, but it was up to the Americans themselves to choose their own President, and they have just told us to mind our own businesses in our countries.  Hillary Clinton is urbane, experienced, charming and gifted. She has proved her mettle as First Lady, Senator and as Secretary of State.  She won the Presidential debates, ran a dignified and organized campaign and won the confidence of every critical constituency.  Bernie Sanders who ran against her for the Democratic party’s ticket and Donald Trump, as well as their agents in many places threw mud in her direction, but the polls favoured her to the last minute.

The pollsters have been proven wrong by the choice that America has made. Hillary Clinton gave hope to generations of women across the world. Her emergence as America’s President would have broken the glass ceiling at the most powerful spot in the world, and energized young men and women across the world. America has decided to spit in the face of history and opt for misogyny birthed by ultra-conservatism. Confronted with the obvious choice of a decent, tested and experienced woman who could have given them the prize of two Presidents for the price of one, they chose a foul-mouthed, egoistic, bombastic, free-wheeling outsider with a wife whose body shape and naked assets would be part of a yet uncertain legacy.

America’s future post-Trump’s triumph is uncertain because what Trump stands for, the little that we know about that, raises nothing but anxiety, definitely not confidence.  America has as President in waiting a man elected on the wings of sheer populism and racist, nativist propaganda. His campaign was anchored on the hate-propelled belief that the only way to make America great again is to shut out Muslims, blacks, immigrants, intruding neighbours from Mexico and Latin America, keep Americans for Americans only so they can have jobs and prosper, and the spin that America is not safe in the hands of women whom he considers fit only as objects and pieces of decoration.

By voting Trump, America with its intriguing electoral college system, which robs a popular candidate on technical grounds, has deleted the triumph of American-led neo-liberal progressivism in the global order. The sad news in part is that this is also a growing trend in Europe, the equivalent of Brexit. Trump’s triumph is however worse than Brexit. It is not likely “to make America great again.” It is more likely to reduce, if not jeopardize America’s influence as a stabilizing force in the global system. Donald Trump as Presidential candidate repudiated America’s commitments within the global system. He says he will pull out US troops and command stations in Europe and Asia. If he keeps to his words, he could create such instability across the globe that would result in countries which otherwise depended on the United States looking out for themselves security-wise.

Trump is perhaps America’s nemesis: too much rationalization and over-simplification of everything was bound to get the United States into trouble. The chasm between the American establishment and its ordinary people has been blown open. Washington is a living symbol of correctness on every stage, but now the people have rejected Washington and its politics. There have been about 44 female Presidents across the world, and now, the most powerful country in the world has proven itself to be less progressive than India, Bangladesh, Brazil, South Korea, Liberia, Ireland, Sri Lanka, Argentina, Croatia, Nepal, Taiwan, Chile, Costa Rica, Philippines, Indonesia, Iceland, Malta, and even Kosovo! America preaches inclusion and unity in diversity, but the white, blue-collar and middle-class Americans who voted majorly for Donald Trump have shown that the average American is not interested in diversity; they want America to themselves alone. America is not a country of nationalities, it is a country of immigrants, and yet the settled immigrants want to shut the door of the land of dreams to others. Donald Trump exploited their fears. He has proven that it is possible to become President by appealing to the people’s basest instincts.  Shameful.

Trump, Machiavelli’s “great-great-grandson” has through dirty tricks created a revolution from which even the same party that saw him as an outsider and treated his emergence as flag-bearer as an accident has benefitted. The Republican Party owes its ascendancy in the White House and Capitol Hill to this outsider who brought the tactics of Machiavelli, soap opera and television shows to push a failing party back to reckoning. Trump is neither Republican nor Democrat; he belongs to the party of the streets, of a racist American street motivated by a determination to reverse the misfortune of disappearing jobs in inner America, inability of make ends meet, pay children’s school fees or live decently.  Americans chose Trump because he spoke the language of the streets and projected himself as their messiah. He projected himself, in his own words, as the champion of “the forgotten men and women of our country…People who work hard but no longer have a voice. I am their voice”. And so the people think, and so they voted for him so enthusiastically they even handed him the battleground states of Ohio, Florida, Pennsylvania, Wisconsin and North Carolina, which secured his victory and ended the emerging Clinton dynasty.  He is the candidate of America’s children of anger.

Trump’s organized blackmail and dirty job may have given him the biggest job in the world but it will not sustain him there or make him a great President. The easiest thing to do is to promise the people change by pulling down the sitting government and the entire political Establishment. In Trump’s reckoning, he did not just defeat Hillary Clinton; he has defeated Barrack Obama, the entire Washington Establishment and its allies. Inexperienced, badly prepared and ignorant, as is the common consensus, Trump has to run the most complex governance system in the world. He can repudiate his campaign promises and turn 360 degrees. This is not beyond him. In the last year, his position on anything and everything has changed from one stop to another. Or he may choose to fulfill his bizarre promises and imperil the American Presidency and the global order. One option will expose and ridicule him. The other may fetch him the aggrieved assassin’s bullet or a one-term Presidency that could end up either as a tragi-comedy or a nauseating farce. The fulfillment of the Simpsons’ and Michael Moore’s prophecy is the highest point of America’s disillusionment. Soon enough, America will learn, at substantial cost, new lessons about its new reality.  Take it easy, Hillary. Destiny is what waits for every person behind the dream.