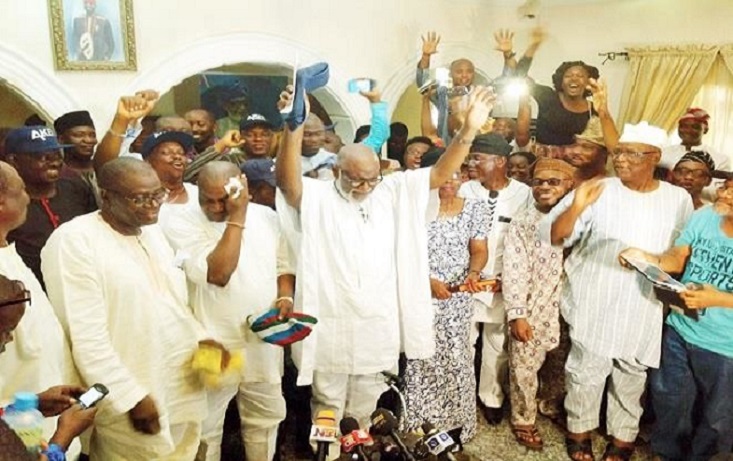 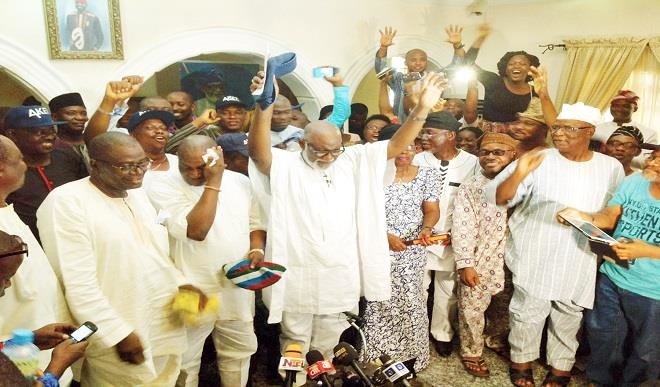 Ondo State Governor-elect Rotimi Akeredolu of the All Progressives Congress (APC) has promised to make employment and welfare for the people of the state the priority of his administration.

The electoral body said Akeredolu emerged winner of the Saturday election with 244,842 votes to beat his closest rival, Eyitayo Jegede of the Peoples Democratic Party (PDP) who scored 150,380.

Olusola Oke of the Alliance for Democracy (AD) got 126,889 votes while Olu Agunloye of the Social Democratic Party (SDP) had 10,146 votes.

Ambali said: “It is my privilege and pleasure that after the election conducted in Ondo State for a new governor, the candidate of the APC, Mr Oluwarotimi Akeredolu, having certified the requirement of the law and scored the highest number of votes, is hereby declared winner of the election.”

Meanwhile, Akeredolu, in his acceptance speech at his Owo GRA residence, dedicated his victory to God, and thanked the people for their support.

He said: “This is victory of God through the people. It is not for me or the APC alone, it is a victory for the people of Ondo State, irrespective of which side of the divide you stood during the election. For me, it is a challenge to perform. It is a call to rescue our state and reverse its fortunes.”

Daily Trust reports that as soon as the declaration was made, Akeredolu’s supporters in Owo, who had besieged his residence at the GRA, burst into songs of praises, hailing him for the victory.

Also, reports across the state said APC supporters embarked on rallies to celebrate the victory.

I’ll reveal my next line of action soon – Jegede

The candidate of the PDP, Mr. Eyitayo Jegede, SAN, said yesterday that he would soon make his next line of action known on the election result won by Rotimi Akeredolu.

Jegede stated this when he spoke with journalists in Akure, the state capital, shortly after a thanksgiving service.

The immediate former Attorney-General and Commissioner for Justice in the state neither commended nor condemned the conduct of the poll, but insisted that his reaction on the election would soon be made public.

He said, “I should thank our people for their steadfastness. We are studying the situation and very soon you will know my position and that of my party.

“You all know the events that led to the election, we were in court. I got judgment 48 hours to the election, our request for postponement was turned down for reason not known to us,” he said.

The state chairman of the PDP, Mr Clement Faboyede, said the party would meet today to decide its position over the outcome of the election.

Meanwhile, a former deputy governor in the state, Alhaji Ali Olanusi, who defected to the APC shortly before the 2015 general election, said that defectors contributed in no small measure to the success of the APC in the Ondo election.