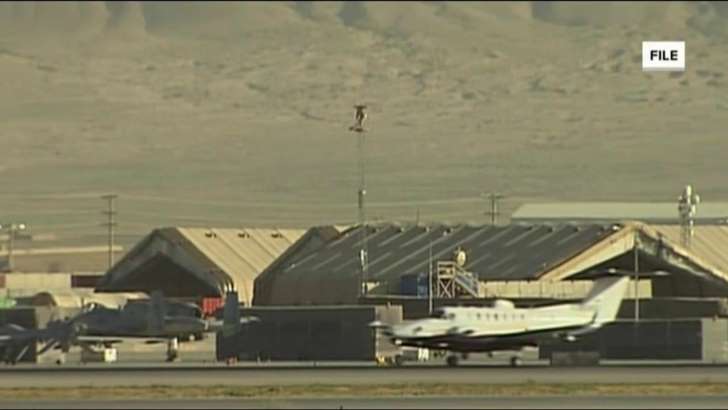 Another 16 U.S. service members and one Polish soldier were injured in the attack at Bagram Airfield, Defense Secretary Ash Carter said in a statement.

“Force protection is always a top priority for us in Afghanistan, and we will investigate this tragedy to determine any steps we can take to improve it,” Carter said. “For those who carried out this attack, my message is simple. We will not be deterred in our mission to protect our homeland and help Afghanistan secure its own future.”

The attack occurred around 5:30 a.m. local time as people were gathering for a post-Veterans Day fun run.

There was no immediate word on the identities of the victims.

The suicide bomber chose the time and location because he “was looking for an opportunity to do the most damage,” a senior U.S. military official told NBC News.

“To the family and friends of those who lost their lives today, we share your loss and our thoughts are with you,” U.S. Army General John W. Nicholson said in the statement. “We offer you our deepest condolences. For the family and friends of those wounded in today’s attack, let me assure you they are receiving the best care possible, and we will keep them in our thoughts today.”

The base was put on lockdown following the attack.

Bagram Airfield features several layers of security, including retinal scans. It was unclear how someone got into the base with a suicide vest.