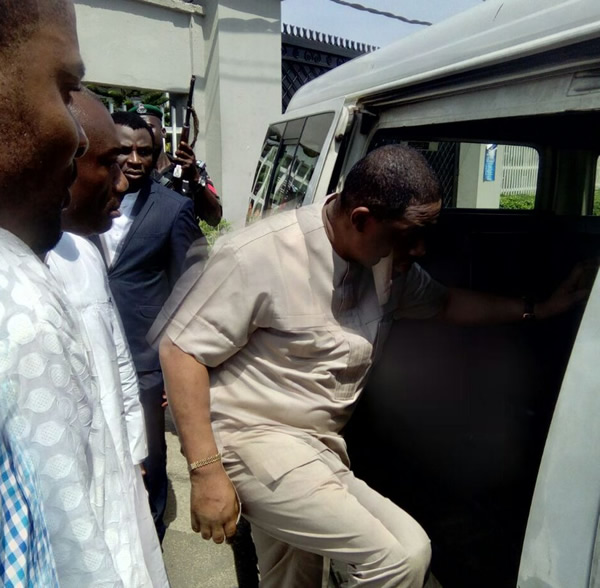 When Chief Femi Fani-Kayode was rearrested on Friday, 21st of October, 2016, in the premises of the Federal High Court, Ikoyi, Lagos, we raised a number of issues which included that the re-arrest was not only unnecessary but that it was also reckless.
We made known our fears that Fani-Kayode’s life was in dire danger as long as he remained in EFCC custody or in the custody of any agency of the federal government based on discreet information available to us. This is apart from the fact that his health has been badly affected since his incarceration for a whopping 67 days based on some questionable ‘detention orders’. This fact is well known to the EFCC as Fani-Kayode’s lawyers have written several letters to the Commission reminding them of the health conditions of the former minister of aviation (Kindly see attached). 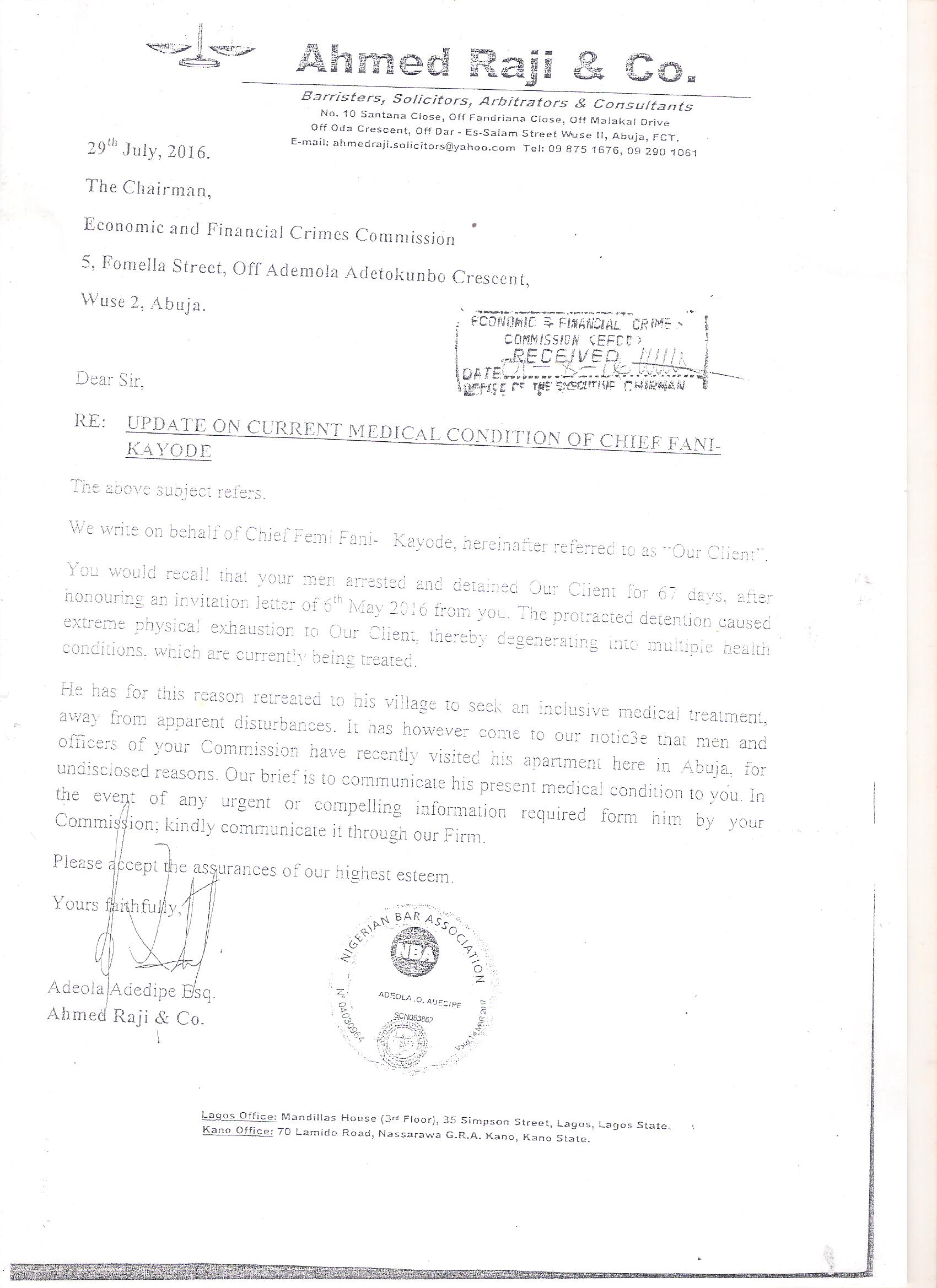 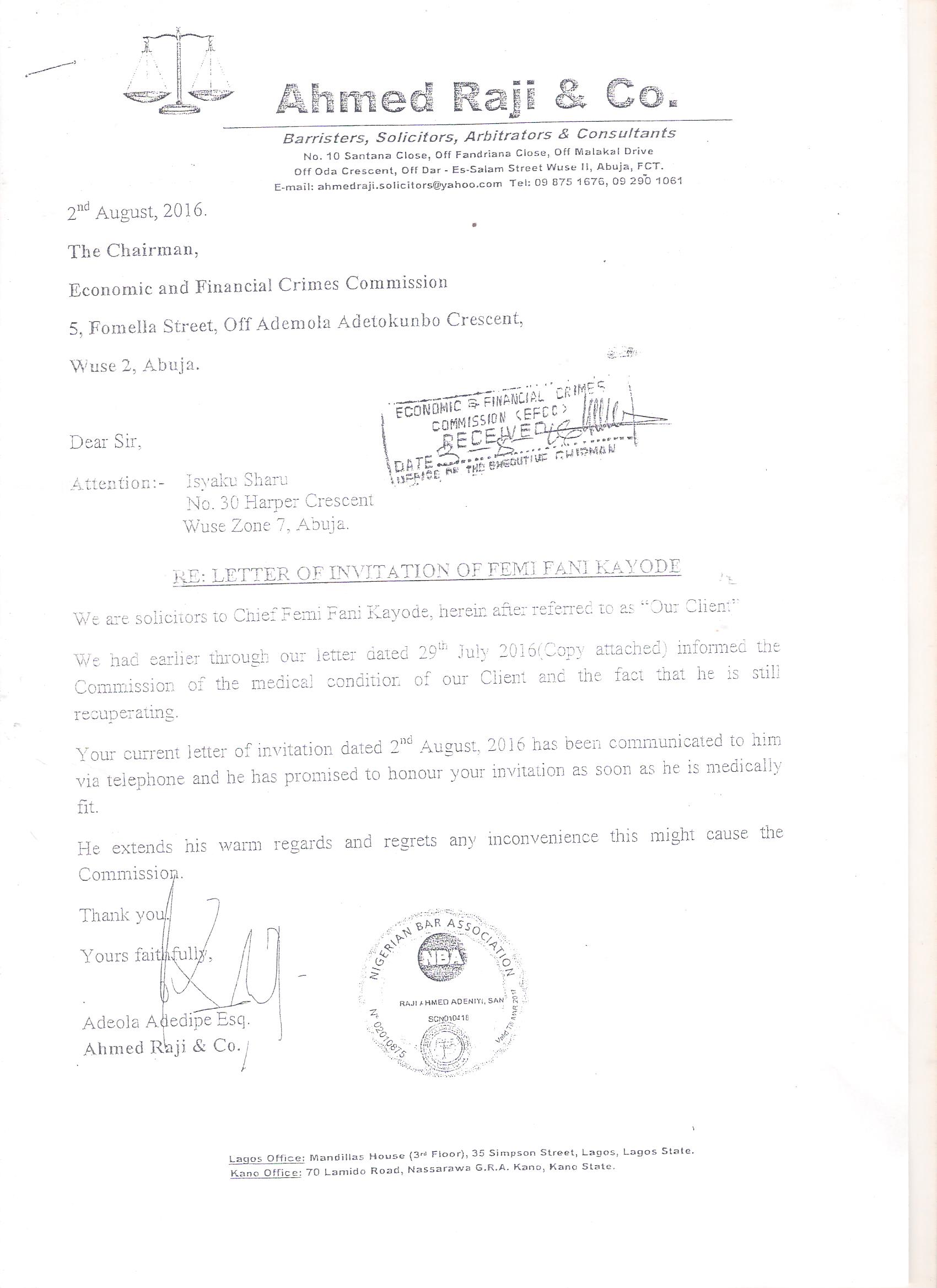 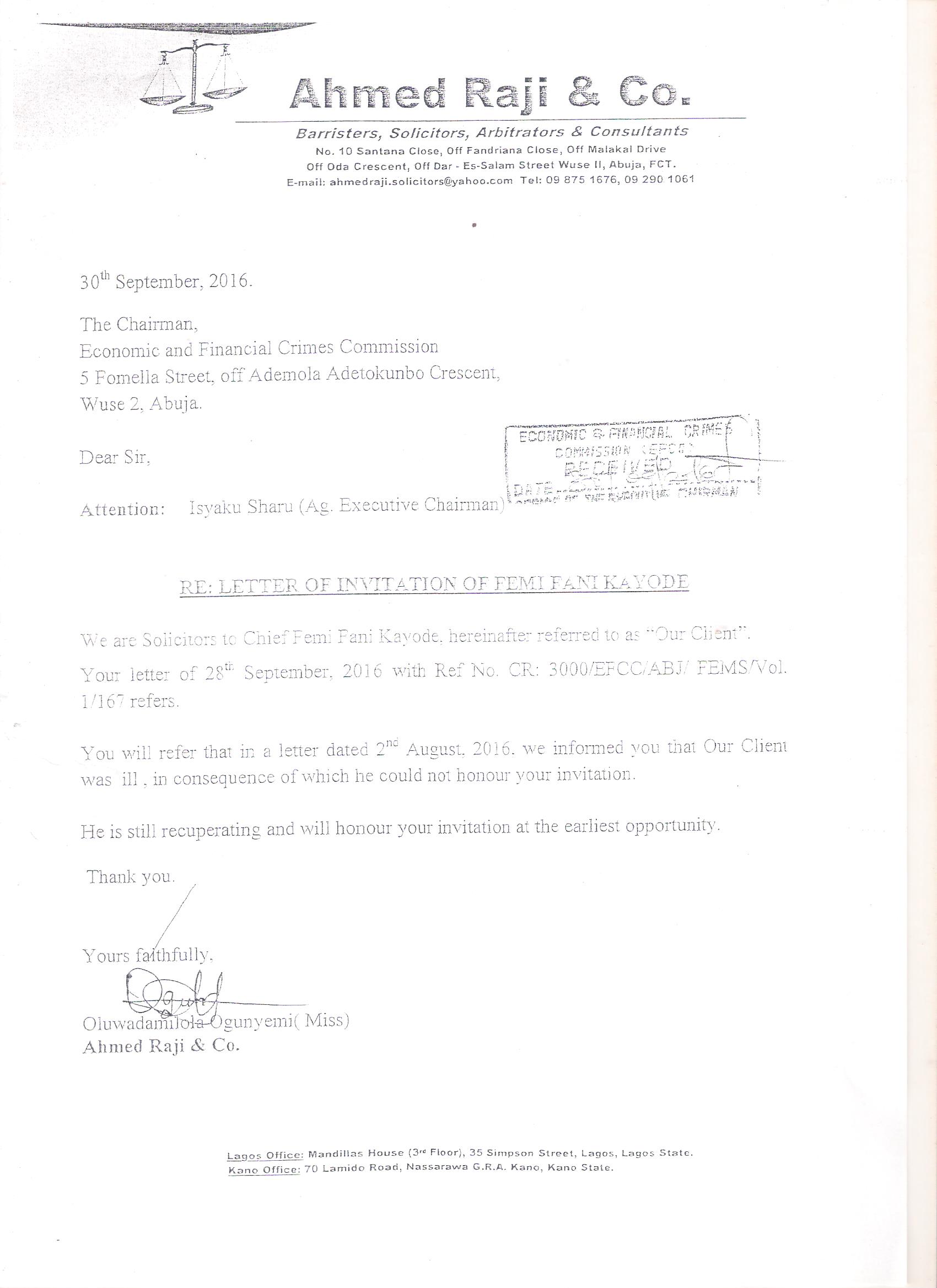 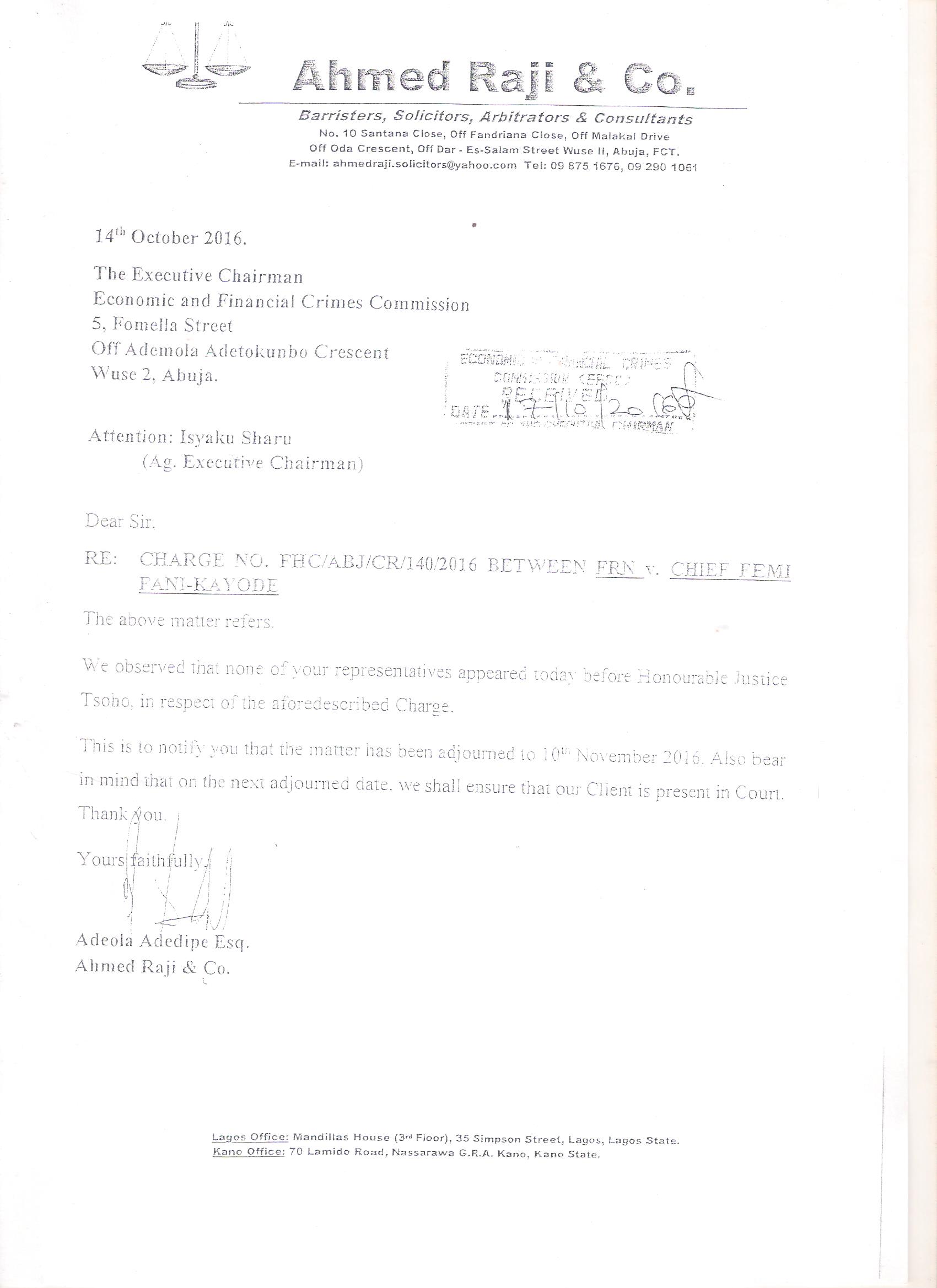 It is therefore shocking that having known these facts, the EFCC still acted in a most unprofessional and crude way by re-arresting a man who has never been known to turn down their invitation even for once, who was since granted administrative bail by the same Commission after meeting the stringent conditions set by them; a man who is also supposed to be on bail as granted by the courts after fulfilling the conditions, and who even has his international passport still lodged with the Commission.
Although Chief Femi Fani-Kayode was yet to complete the recovery therapy he was undergoing after spending the initial 67 grueling days in EFCC custody wherein he was also physically attacked by one of the Commission’s agents, in deference to the law and the Commission, he painfully but willingly cut short his therapy and medical checks to attend court proceedings.
One would have thought that these were enough to convince EFCC that Fani-Kayode was very willing to face his persecutors in court. But rather than be humane in their conduct, EFCC hounded him for the umpteenth time on that fateful Friday and have since kept him in custody.
It is therefore little wonder that based on the history of his medical conditions which the Commission is very much aware of, Chief Femi Fani-Kayode slumped while in detention on Saturday, 22nd of October, 2016.
But for the quick and professional intervention of the medical team in the EFCC medical facilities, the story could have been different, it could have been fatal!
We must commend the medical staff at the Commission’s medical facility. They were prompt in their response, and very impressive in their care. It is very heartwarming to know that some professionals have not allowed the political witch hunt and persecution of political opponents and perceived enemies taint their professional calling. We hope this extends to all facets of the Nigerian society.
Nigerians would recall that we had earlier raised the alarm about the danger in which Fani-Kayode’s life is right now; we are shocked that that danger rather than ebb away is becoming a reality slowly but steadily. If not, why re-arrest and keep him in detention when he has not failed to appear before the Commission or even before the courts at any time, neither has he ever been declared wanted?
The fresh charges for which he was said to have been re-arrested were presented to him over the weekend and they border on an alleged N26m which he was accused to have collected from the erstwhile NSA, Sambo Dasuki, and he has since signed for the charges while he waits for his day in court. So, why still detain him if there is no sinister motive behind it all?
From the foregoing, it is obvious that this issue about corruption is nothing but an already exposed façade for the silencing of opposition voices, and keep Fani-Kayode out of circulation as long as practicable since he is seen by many as one of the strongest voices against tyranny, oppression and executive lawlessness.
For the avoidance of doubt, we reiterate our earlier warning that nothing untoward must happen to Chief Femi Fani-Kayode whether now or in the nearest future. Should anything happen to him, we can assure those responsible that there would be reactions of unimaginable propensity.
It is not all sacrifices that the gods accept. There are some sacrifices that even oracles reject for fear of untamable repercussions!
Nigerians are watching and waiting!
Jude Ndukwe
SA (media) to Chief Femi Fani-Kayode
24th October, 2016