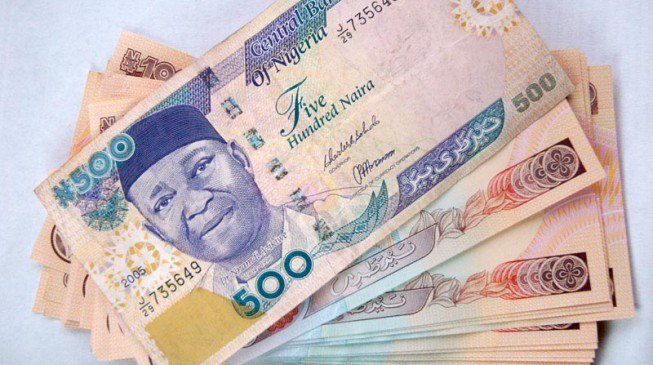 Recessions generally occur when there is a widespread drop in spending.  A recession is a negative economic growth for two consecutive quarters, which has occurred in the Nation.  Macroeconomic indicator for the recession in the Nation is inflation rate and high unemployment; in addition to fall in Gross Domestic Product (GDP), household income, investment spending, capacity utilization (the extent or level to which the productive capacity of the Nation is being used in generation of goods and services), and business profits.  In my opinion, the economic recession including the current hardship in the Nation is triggered by many factors, such as the National financial crisis, an external trade imbalance, perhaps due to Nigerian Leaders Kleptocracy over the years, among others.  The Federal Government (FG) should respond to the economic recession by adopting expansionary macroeconomic policies, such as increasing government spending, decreasing taxation and increasing money supply, among others.  For instant, increasing money supply, monetary authority in the country should target interest rate or inflation rate to ensure price stability and general trust in the Naira.  In addition, the monetary authority should contribute to the economic growth and stability, to lower unemployment and maintain predictable exchange rates with other currencies.

I advise that before the National economy goes into depression (a long and severe recession), one of the ways forward to actualize social and economic developments is for the Federal Government to initiate National Public Works Program (NPWP), an infrastructural development program; to create employment for millions of Nigerians that are without work.  Proper execution or implementation of the program will promote and provide favorable environment for investors and create sustainable technology and industrial developments in Nigeria.  NPWP should be urgently created by the Federal Government in response to the economic recession in order to avoid economic depression.  NPWP is a public utilities maintenance program of the existing infrastructure while simultaneously building new infrastructure.  This program is capital intensive because infrastructural development in the Nation has been neglected over the years; hence, the National financial state poses a red flag and a serious challenge.  Advantageously, the program is labor intensive, which is good for the job market.

As of today, functional infrastructure is poor in the Nation.  The Nation needs infrastructural development in all sectors, which will create productivity, promote safety and security, social and economic developments and create jobs, especially for the youths.

I suggest that seminars, town hall meetings, and presentations organized by the Nigerian government on social and economic developments are enough; it is time to implement or execute the information gathered so far.  I strongly believe that FG has the wealth of information about the development of the Nation in terms of sustainable technology and industrial developments.

Public Works Program worked in many Nations including, the USA during the Great Depression and created many jobs, and laid the foundation for development in these Nations.  I believed it will work (promote job creation, social and economic developments) in Nigeria if properly managed and handled.  Good governance should be a top priority for the program to succeed.

The maintenance program should cover renovation of schools, expansion of classrooms, provision of academic infrastructure and training of school teachers, building of new markets and renovation of old markets, recreation centers and parks, and hospitals refurbishing and up-grading of hospitals and training of hospitals staff.  Also, the program should include construction of low income housing in rural and urban cities and the renovation of the old ones.  Furthermore, the program should cover rehabilitation of railroads, highways, rural roads, streets, airports, waterways, irrigation, reclamation, and rehabilitation of erosion and oil degraded sites, environment and sanitation control in rural and urban cities, revitalization of textile industries, among others.  The Nation should create NPWP Fund to address the funding gap in the above program.  The above program should be given high priority with regard to economic and social development, job creation and crime reduction.  In other words, FG should give immediate priority to medium-term projects that are critical to National development.

The National Public Works Program should be in collaboration with the Federal, States and Local Governments, local and international industries or companies in Nigeria; specifically, the big corporations through their respective Corporate Social Responsibility (CSR) department.  The big corporations in the Nation are required to actively participate in this program so that their businesses embrace responsibility for the impact of their activities on the environment, consumers, employees and the communities.  Furthermore, the big corporations should proactively promote the public interest by encouraging community growth and development.  A case in point, a corporation such as Dangote Group has to be more responsible in order to reduce the employees reckless driving in the Nation.  The organization’s truck drivers constitute public nuisance on the roads and to the general public properties and safety.  In addition, the organization’s heavy trucks destroy public roads.  The Federal Government has to address this issue including the menace of accidents involving Dangote Group trailers in the country through the corporation’s corporate social responsibility.

As stated above, proper execution or implementation of this National Public Works Program will promote and provide favorable environment for investors in the Nation thereby stimulating sustainable technology and industrial developments.  In addition, proper implementation of this program will promote safety and security, and job creation in the Nation.  I acknowledge that economic and social development does not happen overnight but through gradual growth process, hence, the above program should also involve short-term and long-term projects.  As noted, the above program has been neglected and abandoned for many years; and may require a long period of time to fix, hence, social and economic development would occur in the Nation through the provision and proper maintenance of infrastructure in all sectors.  In a nutshell, the overall goal of NPWP is social and economic development including productivity, job creation, and creating Nigeria economic development beyond oil.