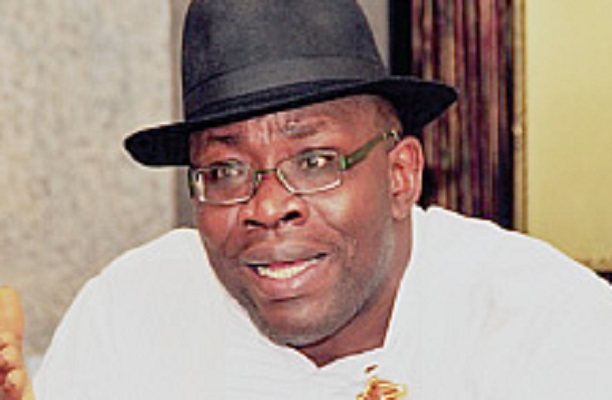 … SAYS HE’s UNINFORMED
Bayelsa State Governor, Henry Seriake Dickson, has expressed disappointment with  member of the House of Representatives, Warman Ogoriba, who he said, has been “blinded by political indulgence.”
According to him, former lawmaker who recently defected from the Peoples Democratic Party (PDP) to the All Progressives Congress (APC), has exhibited “poor understanding of the workings of government.”
Ogoriba had in an interview said the incumbent government in Bayelsa State has nothing to show for the N600 billion so far received from the Federation Accounts.
But Dickson in a statement by his Chief Press Secretary, Daniel Iworiso-Markson, described Ogobia’s remarks as  “reckless political indulgence, uninformed and lacking in facts.
He expressed disappointment with the former lawmaker for his poor understanding of the workings of government, asking if Ogoriba was saying that in all these years the government was not paying salaries or that he was blind to the various laudable and people-oriented projects across the state.
The governor said that apart from paying salaries for which Bayelsa State stands out as one of the few states in the country that is not owing salaries to its workers, the government had been consistent in servicing the debt burden of N330 billion it claimed to have inherited from the Timipre Sylva administration.
Iworiso-Markson said, “When the Restoration Government assumed the mantle of leadership on February 14 2012, Bayelsa State ranked as one of the states with the highest debt profile. Strange enough, a debt burden of N330 billion was the albatross we have to shoulder.
“But despite paying salaries as and when due, running an efficient government with unprecedented level of infrastructural developments and various projects in all sectors of the state economy, we have also been consistent in servicing the N330 billion debt, now reduced to N90 billion because of the Dickson-led government’s prudence and strict discipline in managing the finances of the state.
“As at today, Bayelsa is one of the least indebted states in Nigeria which is a credit to Dickson’s ingenuity in sound financial management.  This clearly contrasts sharply to Ogoriba’s crude remarks, struggling to distort a glaring reality.”
The statement berated the former legislator for his alleged inability to present a robust leadership while in the House of Representatives, stating that it was the main reason why his years in the parliament were wasted years because his constituency was shortchanged by his incapacity.
“It is unfortunate that we operate a system that allows all kinds of characters to emerge through a loose political system but we must check this porous system in order to avoid a situation whereby half-baked individuals are made to take up positions that are clearly above their level of reasoning and capabilities. From the utterances of Warman Ogoriba, it is clear why the good people of Kolokuma Federal Constituency are bemoaning the 8 wasted years of his representation. It is that sad for Ogoriba’s kind of leadership”, Iworiso-Markson added.
Signed
Daniel Iworiso-Markson
Chief Press Secretary to Bayelsa State Governor