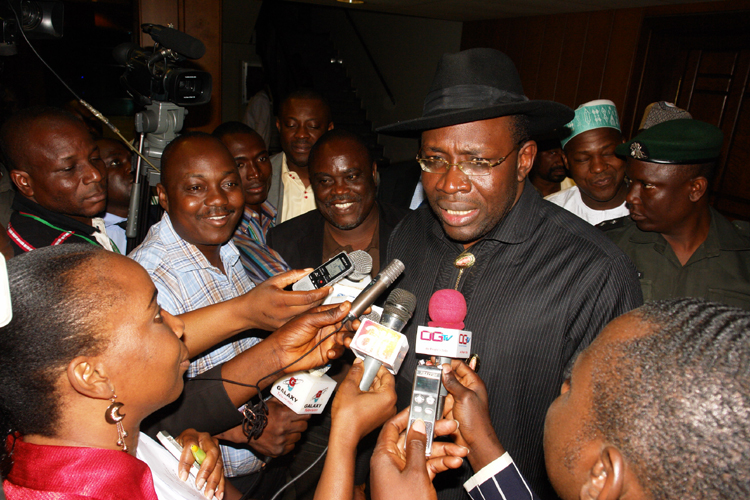 The Bayelsa State chapter of Peoples Democratic Party (PDP) has debunked and condemned insinuations by some uninformed members of the All Progressives Congress (APC) that the party was dead in the state.

“The Bayelsa State PDP dey kampe; we are still big, strong and reliable. No amount of mischief and futile propaganda will deter us. Our determination to win the forthcoming governorship election is a battle of no retreat, no surrender”, PDP stated.

The party was reacting to a report on the African Independent Television (AIT) that the PDP was dead.

The State Publicity Secretary of PDP, Osom Jacob Macbere, described such insinuations as the height of hypocrisy, ignorance and the figment of the imagination of those, who are peddling the deliberate falsehood.

According to him, the PDP remains the party to beat and still remains a strong and formidable party in Bayelsa State, adding that, majority of the persons claiming to be defectors from the party in the said AIT news report, were never members of the PDP at any time.

He stated that, they are all well known aides and stooges of a former Governor of the State, now an APC chieftain, Chief Timipre Sylva and simply acting the script of their master, whose stock in trade, has always been to thrive in deceit and falsehood.

The Bayelsa PDP spokesman pointed out that, the party is putting its house in order and in good stead to win the forthcoming governorship election in the State, just as it did with the National and State Assembly polls, especially under the able and dynamic leadership of Governor Seriake Dickson, who has delivered the dividends of democracy to the people of the State like never before.