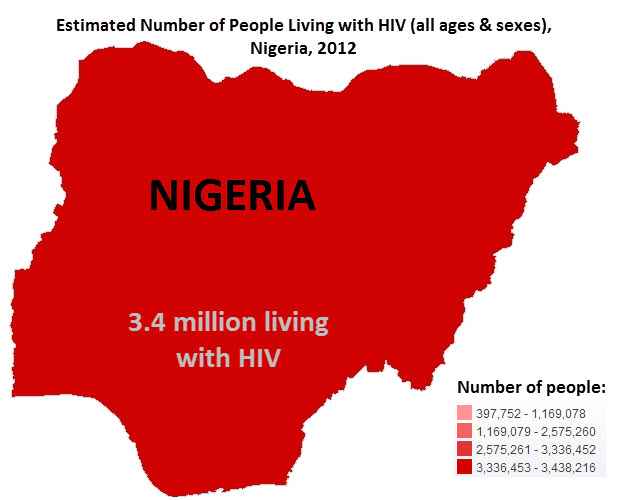 The Society for Family Health says more than 3.2 million Nigerians are still living with the Human Immunodeficiency Virus (HIV).

Mr Bright Ekweremadu, the Managing Director of the society, said this on Thursday in Abuja at a forum to mark the end of Enhancing Nigeria’s Response (ENR) to HIV and AIDS programme.

He solicited realistic programmes to fight the virus, insisting that with the prevalent rate, much had to be done to tackle the menace.

“There have been tremendous improvements in addressing and halting the HIV and AIDS burden in Nigeria, there is still a lot to be done especially in regard to expanding access to services,’’ he said.

According to Ekweremadu, the ENR is one of Nigeria’s largest HIV/AIDS grants.

“ENR was funded by the UK Department for International Development (DFID) to promote sexual reproductive health and HIV reduction in Nigeria.

“Its goal was to also contribute to reducing the spread of HIV epidemic and mitigating the impact of AIDS in Nigeria”, he added.

He said the ENR programme was a six year programme inaugurated in 2009 with a focus on eight high prevalence states.

He said the programme set to improve access to effective HIV and AIDS prevention, treatment, care and support information and services for people most vulnerable to infection.

Ekweremadu thanked the DFID for funding the programme and the long standing support and partnership.

In a remark, the representative of DFID, Dr Kemi Williams, said that Nigeria had the second highest prevalent rate of HIV, calling for concerted effort to check the scourge.

She said that through the ENR, “comprehensive HIV knowledge increased from 45 per cent for males and 38 per cent for females by 2014.’’

She noted that 1.2 billion male condoms and 4 million female condoms were distributed in the six years of the programme.

“These condoms with the associated health promotion and increased use prevented an estimated 109, 364 new HIV infections,’’ she said.

Also speaking, Prof. John Idoko, Director-General, National Agency for the Control of AIDS, said with the end of the ENR programme, there was the need for government to internally fund HIV projects in the country.

“Government at the centre and state level are improving the resources for tackling HIV and AIDS,’’ he said.