Home Reports How Ex-Governor Peter Obi Chased Me away from APGA – Cyril Egwuatu,... 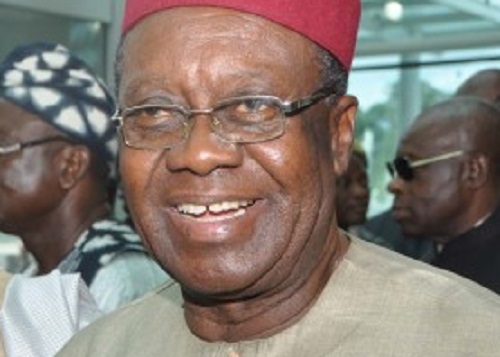 Egwuatu said he was humiliated out of the party after he fought to deliver the pary in his constituency in the Governorship elections of Governor Willie Obiano last 2013/2014 and the local government elections in 2014 by former Governor Peter Obi.
His words: ‘’…….after I had worked hard for the party’s victory in the Governorship election and the local government election with love, rather than commendation, what I got was  a plot to deny me 2015 by former Governor Peter Obi. Obi brought in Hon Linda Ikpeazu into the party from PDP to take my slot in 2015. She was plotted to replace me despite the resentment by party members over the idea and it was open by the treatment she gets anywhere she goes to win followership.
‘’My constituents felt I have done enough and needed a second term in the House of Representatives and I have no option than to defect to the PDP having already had a cordial relationship with the PDP leadership in the House and the presidency for the roles APGA members contributed in stabilizing the House ‘’,during the Hon Femi Gbajamila  issues in the House.

Egwuatu informed odogwu blog that he is now returning to APGA since ex Governor Peter Obi most recently left APGA again with Linda Ikpeazu and to listen to the numerous members of his constituency who in their hundreds have been reminding him the need to return to APGA, the party he joined over 9 years ago during Peter Obi’s first campaign to be Governor of Anambra state.
He thanked his constituents for their support especially during the trial moments, assuring them of more democracy dividends as a total committed and dedicated APGA member.
‘’I am fully committed  APGA member and I assure them that they would start enjoying what they were used to when the going was cool’ adding that he would do an empowerment programme for not less than 1, 000 members for his constituency.
According to Egwuatu some will be assisted with tricycles known as keke Napep , motorcycles, grinding machines , sewing machines with Motor, Hair driers with generators , barbing clippers with generators to mention but a few adding that he has done no fewer than 24 transformers in his constituency  and three classroom blocks , several solar street lights as well as assisted to start action in the construction of Zik’s Mausoleum which is at advanced stage now as well as the second Niger Bridge.
Welcoming Egwuatu earlier , the National Secretary of APGA, Alhaji Sani Shinkafi assured him of a level playing ground in APGA and thanked him for listening to his constituents in returning to the party which elected him to the National Assembly.  He said APGA will spring surprises during the 2015 General elections not only in Anambra state and South East but across the Nation.