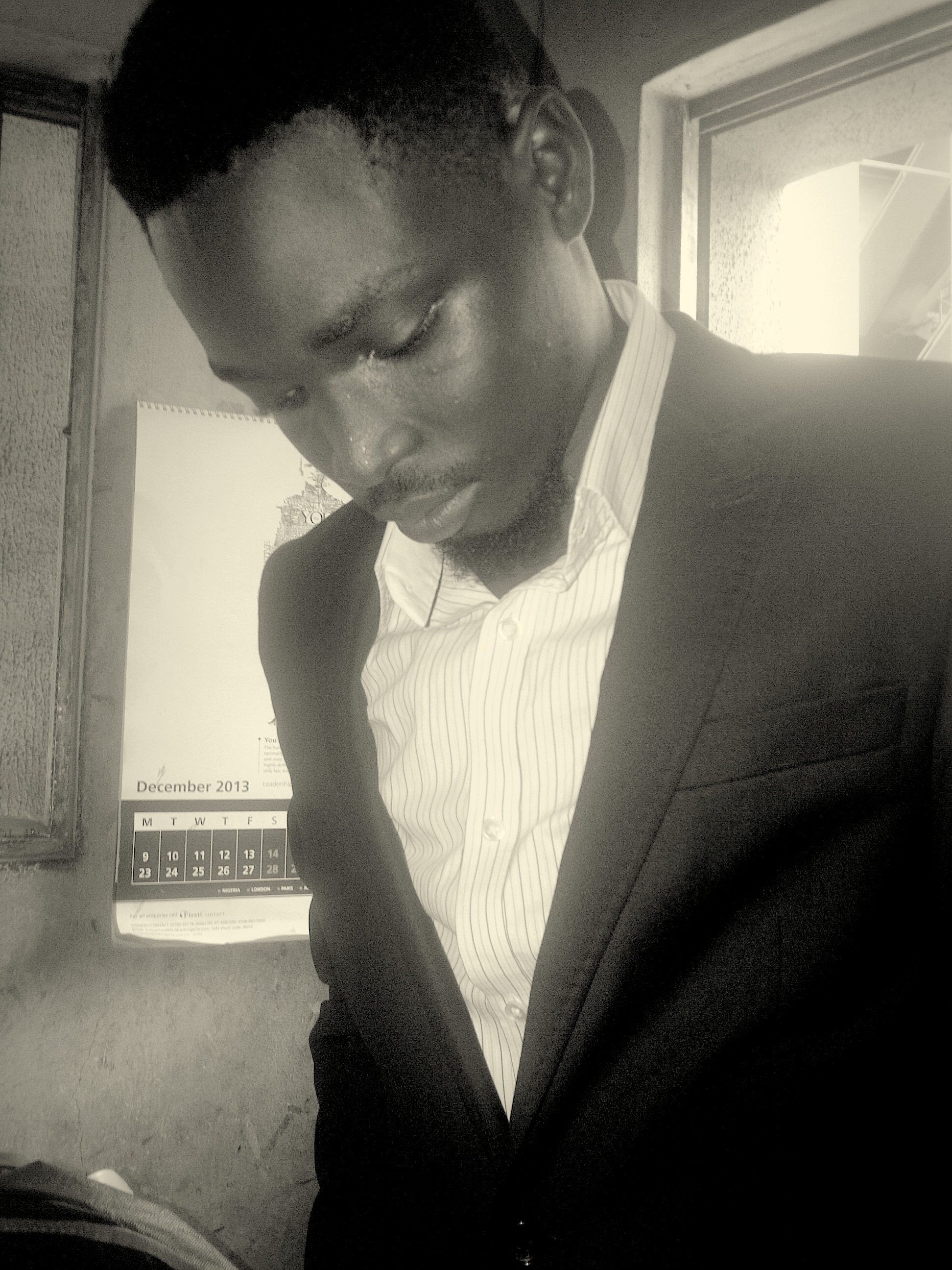 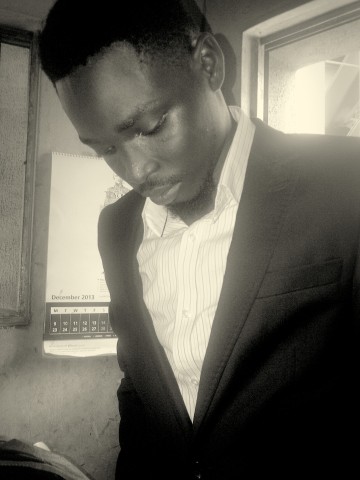 My  friend, Udi  Martins, graduated  three  years  ago  with  a  second  class(upper  division)  in  international  relations. Appealing  to  my  naïveté  in  the  arts  and  humanities  demographic, he  used  to  tease  me  with  literary  terms  and  I  responded  with  all  sort  of  scientific  arcana. I  recall  how  he  spoke  French  with  the  eloquence  of  Charles De Gaule  and  English  with  the  dexterity  of  a  Winston  Churchill. Undoubtedly, he  was  and  still  is  an  intellectual  aristocrat  of  an  urbane  and  literal  temper. To  this  day, my  dear  friend  is  underemployed. It  sickens  me  he  has  been  denied  an  income  that  befits  a  man  of  his  brain  and  brawn.

Layefa, Nonye  and  Nonso – friends  of  a  friend – cleared  the  doubts  of  those  who  held  contentions  to  Jim  Rohn’s  law  of  averages  in  all  metrics. This  troika  were  outstanding  students  who  toped  their  respective  departments – Sociology, Petroleum  Engineering  and  Geology – and  as  such, they  carried  themselves  with  the  deliberate  aplomb  of  book–bound  gurus. Either  Layefa  or  Nonye – I  can’t  remember  which – secured  overseas  scholarship  immediately  after  her  service  year, while  her  friends  had  to  make  do  with  low  paying   teaching  jobs. About  two  months  ago, my  body  squirmed  as  if  it  had  received  a  jolt  to  the  nerves  when  I  saw  Nonso  walking  on  crutches. On  more  enquiry, I  heard  she  was  a  victim  of  the  Immigration  Recruitment  Exercise.

Contrasting  Martins, Nonso, the  Oscar  contending  theatricals  of  one  Mr. Sunday  Omotayo, an  unemployed  graduate  of  Mechanical  Engineering, Ekiti  State  University, who  perfectly  played  a  national  itinerant, company-to-company, job  seeking  fellow  for  a  decade,  before  he  frustratingly  attempted  suicide  along  Wellington  Bassey  Way, Uyo, some  days  after  we  were  crowned  the  biggest  economy  in  Africa, the  thousands  of  duly  qualified  candidates  that  flock  interview  venues  whenever  rumors  of  employment  are  circulated, and  the  number  of  Ph.d  and  Masters  degree  holders  who  sought  placement  as  drivers  during  Dangote’s  2012  recruitment  exercise, to  the  Rasaq  Okoyas, Cosmos  Madukas, Austin  ‘Jay  Jay’  Okochas, Innocent  Ifediaso  Chukwumas, Vincent  Obianodos, Onibalusi  Bamidele – a  teenager  who  pulled  50,000  dollars, yes  50,000  dollars  via  copywriting, and  many  other  unsung, yet, very  successful  plumbers, mechanics, carpenters, bricklayers, et cetera, who  we’ll  tag  illiterates  in  good  conscience, in  addendum  with  the  adjective  “stark”  sometimes, if  not  for  their  successes, after  all, they  never  saw  the  four  walls  of  a  higher  learning  institution. It  will  amount  to  unredeemable  foolhardy  not  to  insinuate  that  the  fastest  solution  to  this  problem – unemployment, underemployment, and  unemployability – is  both  individualistically  challenging  and  stupidly  simple.

In  an  attempt  to  proffer  a  long  lasting  solution  to  this  festering  malaise, I  quizzed  the  cause, and  admonished  my  respondents  to  suggest  long  lasting  solutions, through  an  opinion  poll  on  social  media. Expectedly, their views varied like  their  respective  nomenclatures. Their  opines  reduced  the  figurative  giant  of  Africa  into  a  somewhat  funny  pie  chart. While  some  took  solace  in  shooting  brickbats  and  sentimental  canons   at  the  establishment, others  premised  their  conclusions  on  the  quantum  cum  quality  of  education  churned  out  at  our  academe  grounds. In  all, the  better  part  of  their  resolves  fell  within  a  comic  range  that  went  from  slapstick  to  satire. How  sad?

While  almost  all  my  respondents  admitted  that  this  debacle  is  a  plethora  of  problems  on  its  own, many  failed  to  admit  that  an  a la carte  approach – where  one  choose  which  angle  to  tackle, and  which  to  ignore – wouldn’t  solve  it  in  finality. Tackling  it  solely  from  government’s  vantage  point  or  the  under-commitment  of  students  or  our  Methuselah  reminiscent  curriculums  will  be  like  cutting  a  tree  with  a  knife, which  further  lends  justice  to  the  comical  aspect  of  their  resolves.

Unbeknownst  to  them, the  breakthrough  blueprint  poises  culpable  obligations  on  us  all. Yes, government  ought  to  create  an  investment  friendly  atmosphere, with  constant  power, good  road  networks, grants, soft  loans, and  a  check  on  ridiculous  interest  rates. We  shouldn’t  fail  to  pronounce  and  accentuate  their  positives – Youwin  and  Sure P –  regardless  of  our  variant  degrees  of  skepticism  to  their  successes. In  truth, a  million  and  one  such  schemes  wouldn’t  bid  us  adieus  to  this  unfortunate  fate. They’ve  never  solved  it  all, not  in  Europe, America  or  other  civilized  climes. More  so, the  process  of  transforming  an  erstwhile  decadent  and  corrupt  system  is  extraordinarily  difficult, agreeably, it  is  certainly  not  a  tea  party.

Conclusively, our  responsibilities  can  be  distilled  down  to  three  necessities; identifying  needs, creating  value, and  charging  a  fee  for  it. Regardless  of  discipline, opening  one’s  eye  to  identify  societal  problems  and  needs  isn’t  too  daunting  a  task, is  it? Sequel  to  that, however, is  acquiring  the  necessary  expertise  to  solve  such  problems. It  might  require  starting  small  and  informally, with  a  skewed  salary  structure, leveraging  on  supports  from  friends  and  family, but  one  thing  is  cinch; it  will  amount  to  creating  value  and  at  the  same  time, getting  paid  to  make  the  world  a  better  place.If  our  necessities  can  be  seen  beyond   mere  rhetoric, it  wouldn’t  be  long  before  we  subject  this  hydra  headed  monster  to  the  annals  of  history. But  first, we’ll  have  to  confine  it  to  our  memories, by  standing  up  for  our  respective  selves.

Joel  Pereyi  is  a  freelance  copywriter, and  a  final  year  Petroleum  Engineering  student  of  Niger  Delta  University. He  can  be  reached  via  jpereyi@gmail.com.