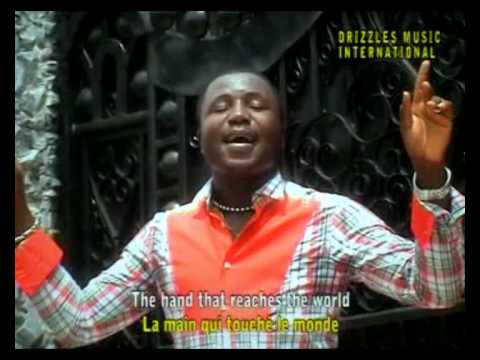 Close to two years Prince Gozie Okeke and his erstwhile wife, Princess Njideka Okeke of the Akanchwa fame separated in their matrimony vows, revelations are that the reason of the separation is not far from the fact that Prince Gozie Okeke is alleged to have adopted fixing Pampas like little babies before moving out to the public, this according to very dependable source close to the famous gospel artiste (names withheld) compelled the woman to abandoned their marriage as both has gone astray in the search of earthly riches.

Princess Njideka Okeke according to information reaching the news desk of 247ureports reveals that she abandoned her husband after many years of preaching to him on the consequences of been involved in homosexual act, the move said to have not gone well with the icon gospel musician as Gozie is accused to have threatened to deal with her should she ever open her mouth to complain over the barbaric act of homosexuality.

Sources within the family of Prince Okeke confided on this reporter that amount budgeted for Pampas of the artiste in week tops the amount used in feeding the rest members of Gozie’s immediate family, the move said to have angered Princess but to make sure that his dirtiest part of the body (anus) did not disappoint him publicly, the only option left for them was to adopt using Pampas until Princess Njideka bowed out of the marriage.

It was gathered that after 3rd Eye Magazine based in Anambra State exposed the alleged involvement of the gospel icon in homosexual act, Prince Gozie Okeke is said to have relocated to the Federal Capital Territory where he is ‘new and beautiful bride’ to his senior homosexual men, the action that may likely fetch him 14 years imprisonment if caught as newly stipulated in the law of the land by the parliaments.

Unconfirmed source within the family of Princess Njideka Okeke revealed that arrangements are at its peak on how to reach the biological father(s) of the children of the already separated couple on the bases that Gozie never at any time impregnated their daughter as it was alleged that immediately they got married, Njideka after discovering that her husband preferred enjoying young boys on bed than having relationship with female folks, she started prying to God for the change of her husband’s attitude but when it became obvious that there is no repentance for Giozie according to our source, the woman on the alleged instruction of her husband contracted some of the singers and other friends of Gozie Okeke to take charge of his wife bed wise.

“You see, I am from the family of Njideka and we have resolved that our sister should be invited to come and tell us the biological father(s) of her two kids so that the kids will be made to rejoin their father on time so that there will be no trace of the ugly story associated to their birth” 247urports source stated under the condition of anonymous.

When contacted on her GSM line on the 30th day of January, 2014 at about 06:35 hours, Princess Njideka Okeke sent in text massage that read thus: “Pls do not call my number again, not interested in whatever you have to say or ask. Have a blessed day” Full details soon in this online, stay tuned.