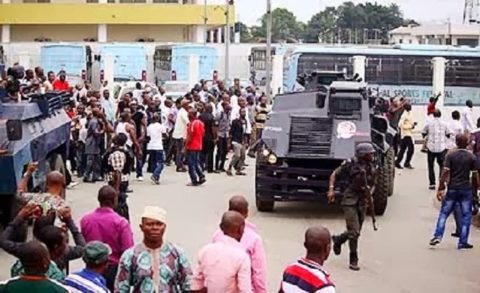 From Vivian Israel, Port Harcourt
It was a shocking ordeal for the residence at D-line in Port Harcourt, Rivers state, when an unknown gun  man shot and killed a soldier at a Mechanic workshop repairing his car.
According to an eyewitness who narrated the incident to 247ureports.com, the unknown gun man traced the soldier to the mechanic shop located at Kaduna street of D-line where he was repairing his car and shot him dead.
The incident took place yesterday during working hours, the eyewitness stated that the unknown gun man arrived the scene with a black jeep car – stepped out of the Jeep car shot the soldier and immediately ran back into car.
As at the time of filing this report authority of the military force has not commented on the issue.