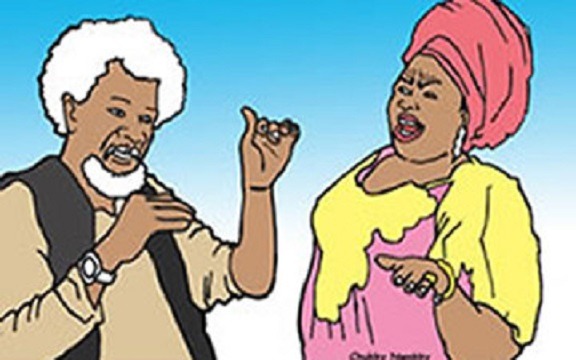 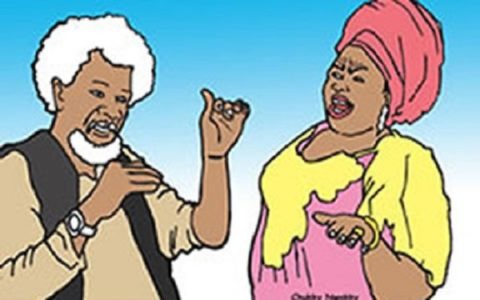 •Calls it as “ canonisation of terror”

Professor Wole Soyinka, the Nobel laureate, said he rejected Nigeria’s centenary award bestowed on him because of the inclusion on the honours list of the late Nigerian tyrant, General Sani Abacha and other known killers and looters of Nigeria’s treasury.

In a rejection note headlined”The Canonization of Terror”, Soyinka observed that the inclusion of Abacha on the list does not only show a failure of a moral rigour but it calls into question ”the entire ethical landscape into which this nation has been forced by insensate leadership”.

He reminded those who have forgotten so soon that General Sani Abacha was a vicious usurper under whose authority the lives of an elected president and his wife—M.K.O and Kudirat Abiola— were snuffed out.

It was under Abacha, he said, that assassinations became routine, that torture and other forms of barbarism were enthroned as the norm of governance.

”Nine Nigerian citizens, including the writer and environmentalist Ken Saro-Wiwa, were hanged after a trial that was stomach churning even by the most primitive of standards of judicial trial, and in defiance of the intervention of world leadership.

We are speaking here of a man who placed this nation under siege during an unrelenting reign of terror that is barely different from the current rampage of Boko Haram. It is this very psychopath that was recently canonised by the government of Goodluck Jonathan in commemoration of one hundred years of Nigerian trauma”

Soyinka said that the refusal of successive governments to remove the signposts in the nation’s capital bearing Abacha’s name, the inability ”to muster the temerity to wipe out the memory of the nation’s tormentor from daily encounter” demonstrates national self-degradation and a patent lack of political courage.

Soyinka argued that: ”What the government of Goodluck Jonathan has done is to scoop up a century’s accumulated degeneracy in one pre-eminent symbol, then place it on a podium for the nation to admire, emulate and even–worship.

“There is a deplorable message for coming generations in this governance aberration that the entire world has been summoned to witness and indeed to celebrate. The insertion of an embodiment of governance of terror into the company of committed democrats, professionals, humanists and human rights advocates in their own right, is a sordid effort to grant a certificate of health to a communicable disease that common sense demands should be isolated. It is a confidence trick that speaks volumes of the perpetrators of such a fraud”.