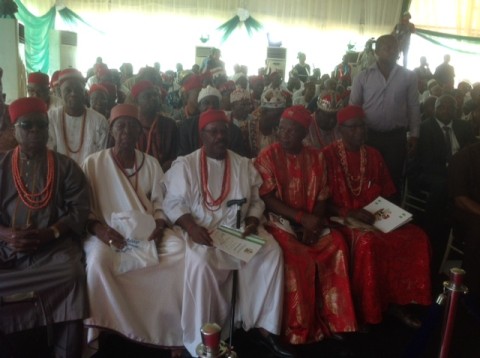 The Resident landlord, Julius Berger camp site for the construction of the second  Niger Bridge, Chief Gilbert Obi yesterday appealed to Julius Berger, the giant construction firm handling the second Niger Bridge project to consider the unemployed youths of the neigbouring communities while recruiting skilled labourers and other professionals for the project.

Chief Obi who is the Managing Director, Bravo West Africa Ltd made the plea  in Onitsha during interview with newsmen.

According to him, the unemployed youths who are roaming the streets and villagers should be considered in terms of engagement as skilled and unskilled labourers including other levels of professionals so as to reduce youth restiveness in the area.

He said that most youths were responsible and skilled in one trade or the other, but for the fact that they are not engaged by any firm or reputable establishment they seem to take to anti- social activities.

He pleaded to Julius Berger and other relevant organizations who may be contracted to work with the giant construction firm to consider these calibers of people for possible engagement to put them of the streets.

Chief Obi, however, charged the firm to honorably put the Local content act into effect, use by assisting in de congesting youths from the labour market.

He admonished the Federal Government for choosing Julius Berger to handle the project and reaffirmed the confidence of Nigerians, especially South East people in the capability of the construction firms, but warned that all construction quality standard must be maintained in the execution of the project, adding that the existing bridge was getting weaker everyday after it was built by Dumez, a French construction firm in 1964.

He expressed that he was highly elated at the flag- off at the proposed bridge, but reminded the construction firm on the need to take into consideration the height of the bridge so as to provide convenience for future usage of the water ways by heavy duty boats and barges.