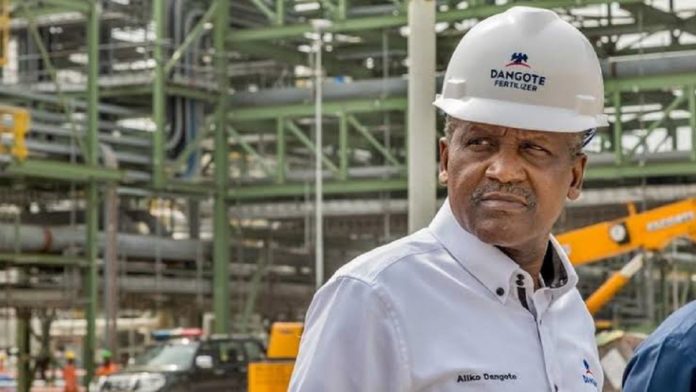 Following the influx of illegal occupants of Dangote farm by people identify as Tivs,Tunga Community has appealed to the Federal and state Government to as a matter of importance take a  decisive action to avoid the trooping of strangers to the locality.

The Auditor of Tunga Development Association,Nasiru Muhammed Tunga in an exclusive interview  described the occupants as illegal occupants of Dangote sugar farm plots of land.

He disclosed that majority of the occupants of the vast land are new faces settling in the company after paying compensation to the affected persons whose graves,economic trees and structures were confiscated.

Nasiru during a question and answer refuted the claims made by some Tiv speaking people of Tunga decrying that they were segregated during the compensation.

According to the Auditor of TDA says Tiv and Fulani’s are the first to be considered during the compensation process,adding that every person in Tunga Community has been compensated.

He denied claims made by Tivs that over Three Hundred houses were destroyed by the company without any compensation.

“We just woke up and see clusters of farmstead with strange faces,this a cause for alarm with the rising spate of insecurity in the land,again they occupied our land without coming through the traditional Ruler,this a threat to our existence”.

Also speaking ,Gayam Tunga,Ibrahim Adamu going memory lane buttressed that the crisis started during the killing of late Sarkin Azara by Tivs and  flee to unknown  destination and return to the land where there was compensation to every able settlers.

He however said known of those people that are returning are familiar faces ,in short those with graves,economic trees and structures were considered.

He said petitions were written against Hakimi,Me Gayam and one other,He explained that other part of the reserved land was for the community.

Amos Kyaava in an interview said he wasn’t present during the assessment of compensation committee as a result of crisis which they seek for refuge outside the state.

He further said he flee in 2017 ,that was when Nasarawa State Governor,Umaru Tanko Al-Makura,the then Governor leased the land to Dangote Sugar Company

Francis Yors from Kukunbi cluster in previous interview said the compensation was just for economic trees and structures excluding plot of land.

Julius Tasha from Orobo cluster said they were given compensation by Dangote Sugar Company.

In a separate interview with people of Tunga,they commended Dangote for the choice of Tunga,saying the Company has brought a lot of prospect to the community.

It was expected that a sum of over Two Billion Naira was set aside for the development of the host community and it’s environs.