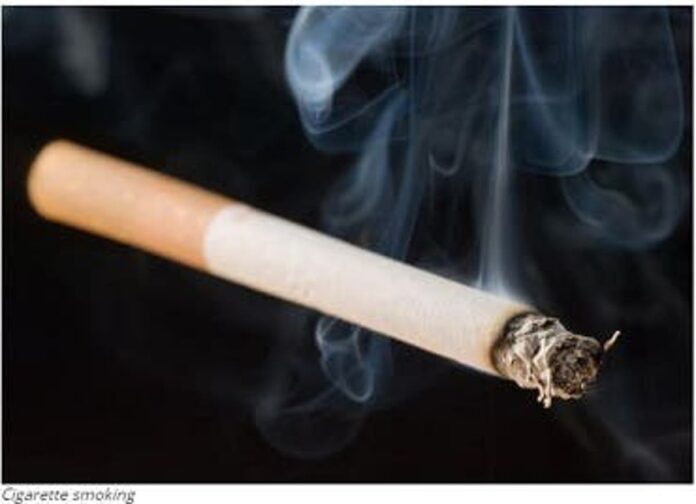 Center for the Study of Economies of Africa, CSEA, and ACUT on Thursday said that Nigeria health system spends Five Hundred and Twenty six billion naira on tobacco related illness.

This was made known during a one-day stakeholders report dissemination workshop with a theme; “Health burden and economic cost of smoking in Nigeria” held at Best Western Hotel, Independence layout, Enugu.

Dr Onyekwena, who regretted the alarming death caused by tobacco in Nigeria with estimate of 28,876 death annually, suggested in his presentation that increased taxation on tobacco companies would be the best measure to reduce the smoking consumption and increase the revenue generation of the country.

He charged the stakeholders to advocate on the reduction of consumption of tobacco by taking the campaign to schools, grassroots to catch the young, adding that it would be difficult to convince an addicted person from smoking.

“Tobacco smoking is a health challenge issues that incurred huge cost. It’s the duty of CSEA to respond to such issues and provide evidence that can be lead to policy discussion and change.

“Through the vigorous and comprehensive report, we were able to expose the cost of neglected incidence of tobacco smoking by spending over N526.4 billion in a period Nigeria is battle on how to reduce cost of wastages and reducing expenditures in irrelevant areas. Nigeria is spending much than the resources in a tobacco related aspects.

“This is a presentation of evidence  that we form advocacy and discussion around intervention to change this increasing trend of people consuming much tobacco that is growing rapidly in Nigeria towards measure to really revise the trend and save the lives of Nigerians and increase economy”, He said.

He said that the stakeholders would  be more focused on advocacy campaign on reducing consumption of smoking by taking sensitization to primary and secondary school, communities and enlighten them on dangers involved in smoking because it will be more difficult for and addicted person to stop smoking.

Dr Chnwuike Uba, of ACUF Enugu regretted that most people die because they lack knowledge, assuring that they would take the campaign against consumption of tobacco to a larger populace.

Dr, Uba promised that the body would take the report of their research to lawmaker to allow them make policies and enforce it.

“Most people do things they do because they don’t have the knowledge. What this research and dissemination workshop will do is that we should take it to a larger populace who are indulging in all sort of tobacco consumption and tell them the dangers inherent in the actions. We have seen more than ten diseases that are associated with tobacco smoking to help them withdraw from smoking.

“We will sensitise the youths which is our major target through small video clips on social media, radio programmes and also engage the policy makers to make policies and enforce it to make sure right thing is done.

Reacting on the research report presented, a consultant radiologist at University of Nigeria Teaching Hospital, Prof Ifeoma Okoye, suggested that the law prohibiting smoking in a public places should be enforced, adding that environmental pollution contributes 80% in cancer of lungs

Other stakeholders who aligned their voice in support of the research report, suggested that the legislatures should stipulate a stiffer punishment and enforcement to control the level of tobacco consumption in Nigeria.