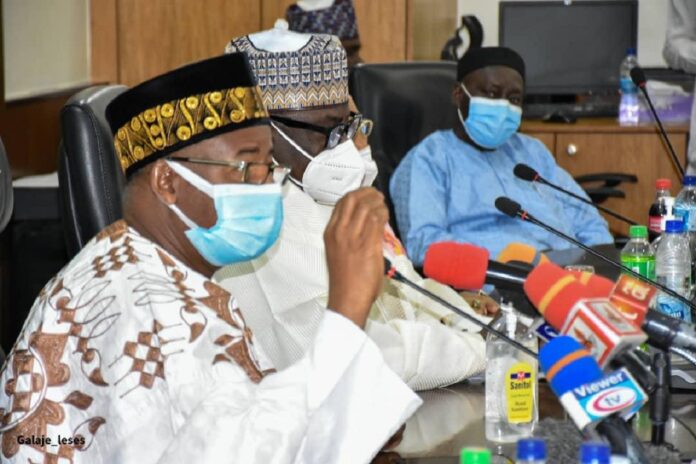 Receiving the Honorable Minister alongside members of his entourage at the Council Chamber, Government House Bauchi, Governor Bala said  efforts being made by the Minister for the growth development of agricultural sector in the country is worthy of commendation.

Governor Bala appreciated the Honorable Minister for  monitoring and evaluating mechanism through regular inspection of projects in the sector.

The Governor said his administration will continue to leverage  opportunities in the federal establishments to acess various projects geared towards improving the living standards of  Bauchi State.

Governor Bala added that about 10 thousand hectares of land has been provided for the production of produce in the state.

He expressed gratitude to the Agricultural Ministry for engaging  youths to serve as extension agents adding that his administration looks forward to furthering  collaboration with the State Government and the Federal Government.

On his part, the Minister State for Agriculture, Honorable Mustapha Shehuri said the Ministry will continue to support the Bauchi State Government to boost its agriculture especially rice production.

The Minister said 15 thousand youths have been engaged as village extension workers in a move to ensure the advancement of the sector.