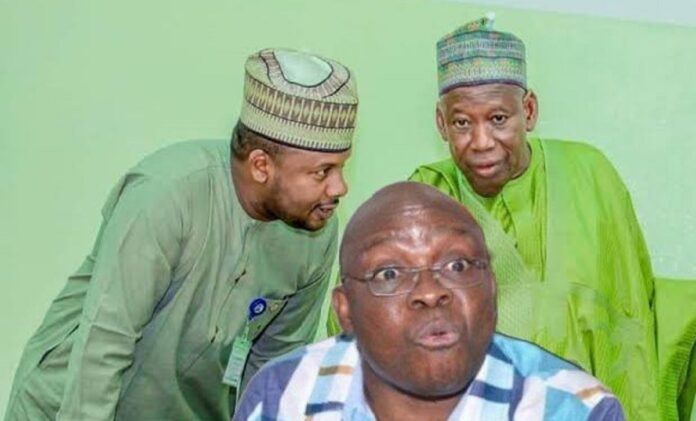 Former Governor of Ekiti State,  Ayodele Fayose has called for the

immediate release of the sacked Special Adviser on Media to Governor

Fayose,  who also commended Salihu Yakasai for being courageous enough

to speak truth to power, said “This singular action of his has made

him the latest hero of our democracy, and in turn confirmed that there

is hope for a united Nigeria.”

In a series of tweets on Saturday,  Fayose said it was sad that

Nigerians can not criticize the same President Buhari, who did not

only speak against his predecessors, but also led protests.

release of Salihu Yakasai. He did not commit any offence to warrant

being taken into custody.

“Sad that under this govt, our security men are only efficient in

persecuting whoever speaks against the President. Sad too that

against his predecessors, but also led protests.”

Commending Salihu Yakasai, Fayose said; “I commend the courage of

Salihu Yakasai, the sacked Gov Ganduje’s Aide for being able to speak

democracy, and in turn confirmed that there is hope for a united

amidst darkness and selfishness of leadership.

“His sack is the beginning of his rise politically. I sincerely

congratulate him and indeed the ordinary Nigerians seeking good

governance and leadership. On #BuhariMustResign we stand.”