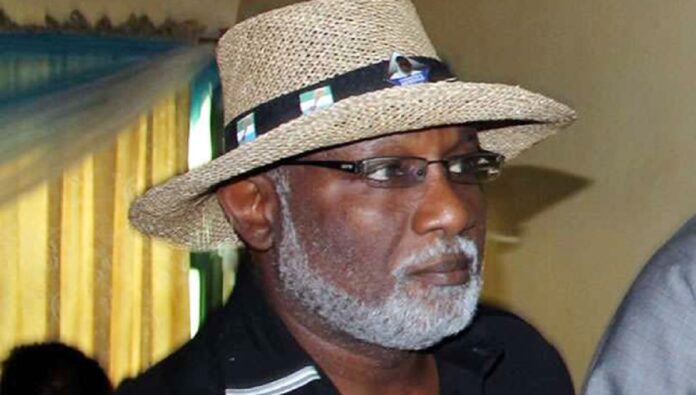 Somehow I knew he didn’t have the balls to withstand the Janjaweed Caliphate. His resistance didn’t last long did it?

Like his Eastern counterparts he has capitulated. Which one is Herdsmen Permit biko nu? You mean you have government licensed terrorists operating in Yoruba forests? No wonder Pa Fasoranti’s daughter was murdered on Yoruba soil by these licensed killers in Yorubaland.

Everybody knows Fulani herdsmen (Miyetti Allah) are the dreaded killer bandits and terrorists, raping, kidnapping and pillaging our indigenous communities. Only God knows what they have promised this governor or perhaps the media heat from the caliphate is too much for him to bear.

My Yoruba folks, especially the youths, please learn something from #ESN, defend your land and forests yourselves with your lives. If you surrender your future to these unstable politicians, your children and those unborn will be slaves forever. If in doubt look at what became of the once great Hausa race. Today Fulani oligarchs have reduced them to nothing, absolutely nothing. A once proud, tolerant, loving and technologically advaced race like the Hausa is now worse than a used tissue paper because they made the same mistakes Yoruba youths are about to make today.

Sokoto was once a thriving Hausa city called Gobir until Fulanis from Sene-Gambia asked and were given permission to graze their cattle in their bushes. Before they realised what was hapening their land was taken over and renamed before their eyes. Yoruba wake up and stand your ground. If you compromise now, you are finished.