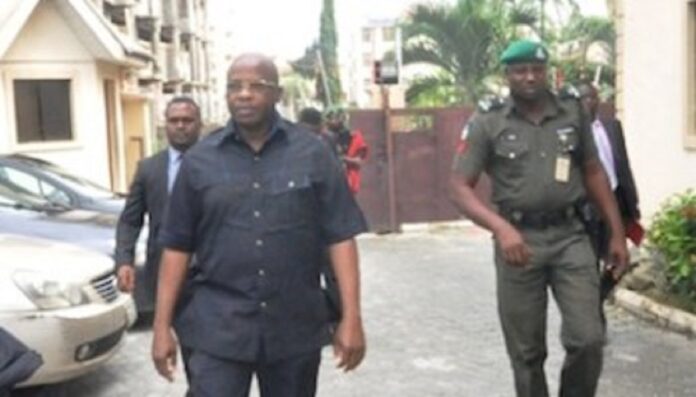 Late on 11th November, there was a widely published breaking story that Ikedi Ohakim, a former governor of Imo State was arraigned before a High Court of Federal Capital Territory.

Following up on this story, this Reporter contacted Barrister Aloy Ejimakor, Ohakim’s Lawyer in Owerri to shade more light on what actually transpired. While confirming that he became aware of the arraignment from news reports, Ejimakor hastened to add that “I was in Owerri at the time and thus not privy to the decisions that led to what transpired in Abuja”.

Continuing, he added “My guess is that – propelled by recent news reports of charges pending against him, Dr Ohakim voluntarily went to the Abuja Court out of abundance of caution or to make inquiries, thus becoming unwittingly vulnerable to a legal process that is currently being questioned in a competent court in Imo State”.

Ejimakor told this Reporter that as far as he is concerned “the arraignment should not have proceeded because there was a subsisting Court order against the processes that led to it. Plus, Dr Ohakim was never personally served with the charge or the hearing notice pertinent to the arraignment. Yet, it appears to me that the Abuja Court was not made aware of the subsisting order and processes pending in Owerri”.

Referring to a legal process he filed on 9th November, 2020, titled “Motion to remove and quash proceedings in Charge Number CR/993/2020”, Ejimakor queried: “how can such arraignment proceed when I am still prosecuting a Motion to quash the very Charge upon which the arraignment was predicated? I tell you this – now and in the fullness of time, this arraignment will be subjected to the rigors of the judicial process that preceded it at the High Court of Imo State”.

It will be recalled that on 25th September, the Court 11 of Imo State High Court , presided over by Justice Chukwunyere had revalidated an interim injunction Ohakim had secured against the Nigeria Police Force and Ms Chinyere Amuchienwa-Igwegbe, amongst others, on the subject matter of the arraignment.

A copy of the order obtained by this Reporter from judiciary sources reads “Upon hearing the oral application of Counsel to the Applicant, Aloy O. Ejimakor, Esq made on the 25th day of September, 2020 praying the Honourable Court for an order granting the application for an extension of the interim injunction granted on the 10th day of September, 2020, pending the hearing of the originating motion in this matter and having carefully read through the pre-existing affidavit deposed to by Dr. Ikedi Ohakim, the written address of Counsel and annexures;

“It is hereby ordered as follows: That the order made by Hon. Justice P.C. Ikpeama on the 7th day of September, 2020 to wit: “That both parties in this suit are hereby ordered to maintain the status quo and should not do anything relating to the subject matter of this suit pending the hearing and determination of this applicant”;

“And that made by Hon. Justice V.I. Onyeka on the 10th day of September, 2020 to wit: “That all parties in this suit are hereby ordered to maintain the status quo and should not do anything in connection with the subject and should stay all action whatsoever pending the determination of the substantive motion in this suit”; are hereby re-emphasized as still subsisting. Parties are to continue to maintain status quo and take no further steps in relation to the subject matter pending the hearing and determination of the originating motion.”.

The application to quash the very charge upon which Ohakim was arraigned was grounded on the pendency of this order. The respondents listed on the application are as follows: Inspector General of Police, Ms Chinyere Amuchienwa-Igwegbe, DCP Margret Ochalla, ACP Ibrahim Yidi, Kolo Yusuf, among others. Even the very Abuja FCT High Court (Court 32) was listed as a “party by reference” in the process seeking to quash the charge.